Is my Paint damaged beyond repair?

I've just bought my first car (used) and noticed that there appears to be a significant chip to the paintwork on the roof. 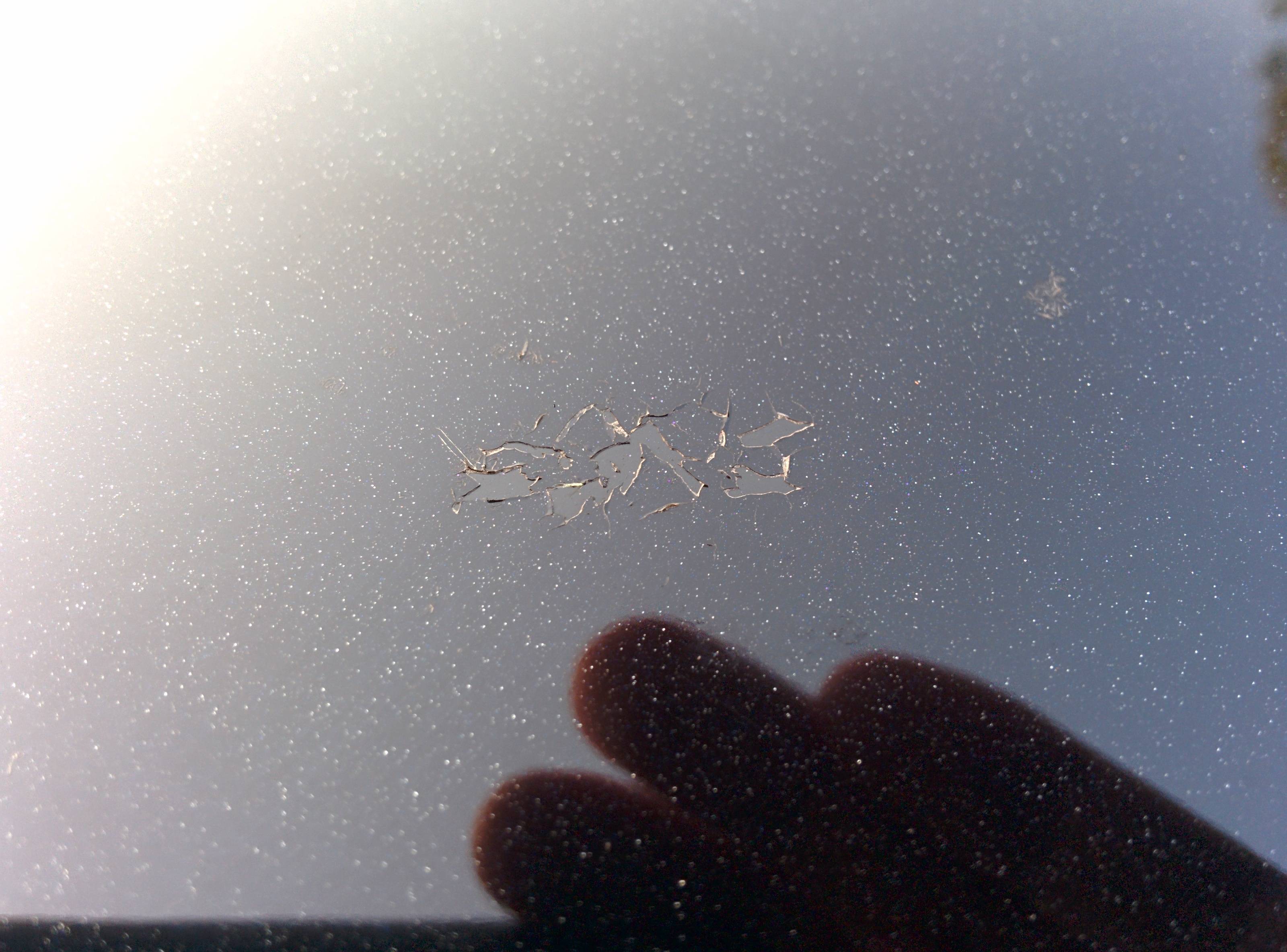 Is that dust or pollen I see around the chipped spot, or are those spots part of the finish?

From here... it looks like you have a clearcoat failure, the color coat being spared (for the moment). What THAT means is that your clearcoat is probably chemically incompatible with the paint underneath it - I'd bet it was shot on not very long before the sale - and the future of this car includes a leprous-looking period. That future has begun, and will continue until either that clearcoat is removed ENTIRELY, down to bare metal, or it's all flaked off & blown away - all of it.

It happens. A full-up three-coat paint job is one thing, but shooting clearcoat happily over whatever paint has been on a vehicle for years... that's asking for a severe peeling. BEGGING for it.

I bought a truck that had that sort of leprosy - didn't matter much to me, 'cause the truck was 44 years old and it's a work truck and the price was right. One little blister, crackled, and a year later there's nearly zero clearcoat left on the roof, the hood, or the upper halves of both front fenders. Someone in its past had shot urethane clearcoat over existing enamel color, and the two just aren't compatible with each other. Enamel needs to stick with enamel, lacquer with lacquer, urethane (awful stuff, horribly toxic, but pretty) with urethane.

If there are any flaws - even microscopic flaws - in the underlying color coat, water will find those flaws as soon as the clearcoat blistering has exposed them... and it'll start rust bubbles under the paint. The underlying paint job MAY actually be pretty decent, though, if it was a factory job. You may never see anything worse than the texture of a Wookie in dreadlocks.

This sort of blistering may not have even been visible as of the moment of sale - it's hard to say - but at any rate, at that time you didn't know much about it so... I'd think the dealer really ought to be held responsible for it, especially if they were the ones who did the clearcoat, or hired out the clearcoating to someone else. They SHOULD NOT have done that.

What you can do... you have two choices, as I see it. You can let it happen, get ragged, and eventually all the clearcoat will fall off & be gone. Or... if that just won't fit into the image you're setting up for yourself, you can take the car to a highly reputable paint shop for a second opinion - they'll tell ya that you need to have it sanded back to bare metal & reshot from the ground up, all over. All trim removed for shooting. Cost ya plenty. On a happier note... you get to choose that car's next color...

After taking the car to the original dealer and two independent body shops they determined that only the lacquer had been removed, probably due to bird poop that was left to eat away at it.

I've been assured (from the dealer and both body shops) that ensuring the area is clean before spraying an additional later of lacquer should prevent further degradation/corrosion of the area, and that in this instance an entire respray of the roof is not necessary (although I may end up doing it as the car naturally ages).

The top coat, lacquer, has been penetrated. Your dealer looking at the paintwork, and your dealer respraying any part of the vehicle are two very differant cases. Depended on how old the vehicle is and how much you paid for it are all parts of the equation. You could go ReTro and have a vinyl roof covering if you end up being stuck with any costs.

Not the answer you're looking for? Browse other questions tagged paint repair or ask your own question.