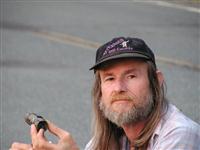 For most of my recent occupational profile, see above in the "Website" field. But... my software history and experience is broader than that, going back to '84 when a coworker got tired of his Timex-Sinclair 1000, with membrane "keyboard", errorproof ROM BASIC, internal 4K RAM, and the optional 16K memory expansion module... and sold it to me $10. In '85, I started writing software professionally in Turbo Pascal under Digital Research's Concurrent CP/M on S-100 computers with Winchester 10MB hard drives and 8" floppies.

I wrote a complete common graphics subsystem TSR and complete common windowing UI subsytem TSR in assembly language and tested it with MS BASIC PDS 7, before Microsoft introduced graphical Windows. At the same time, I wrote a structured BASIC (under DOS) multitasking and graphical display software for penitentiary security systems.

(the above occupational profile goes here)

In late 2008, the project I and about 300 other employees were working on was sent to Bangladesh and our office closed; I took the route of becoming an independent contractor, and have been one since that time.

Besides that listed on the occupational profile, I've helped redesign a simple but large MSSQL database, and I've even written one HTML/JavaScript visual-graphical game (including an AutoPlayer for lone users), drawing graphically on the HTML5 canvas; it works fine in Windows with FireFox, Opera, Chrome, and Safari, in Linux with FireFox and Opera, and on Android devices (Kindle & Nook - I don't own an Android phone).

As sidelines, I have a rather respectable woodshop in the barn, three full-sized lathes in the basement, and a small machine shop. I've been gradually rebuilding nearly all of this house (everything except the timberframe and sheathing), including custom cabinetry (cherry & maple solids, heavy maple and Meganite countertops), solid maple strip flooring, and a custom hyperinsulation system I designed. I've replumbed & rewired everything. In what passes for "spare time", I like to restore pre-1987 vehicles, specializing in older Jeeps; I have a very good '68 Kaiser M715, an excellent '70 4WD GMC 2500, a '73 Jeep CJ5, a '74 CJ5 Renegade, and an '86 CJ7. I do all my own full disassembly, engine overhauls, rust abatement, body straightening & Bondo, sanding, painting, electrical. I even work on neighbors' older vehicles.

It should be obvious by now that I don't watch TV. 8)

All Questions Answers
Votes Newest
16 Realistically, how much can I expect to improve cloudy headlights by polishing? Aug 18 '14
13 Is it all right to clean a car radiator with vinegar and chlorine? Aug 1 '14
7 Trying to start a Honda CBR250RR after winter (Also feeling a lot of friction when in neutral) Aug 1 '14
6 What causes brakes to pulsate right after rotor and pad replacement? Aug 1 '14
6 How do I protect chrome before there is any rust, and right after I have removed rust off of it? Aug 21 '14
6 How to remove rust from chromed parts? Aug 21 '14
5 Coolant spills out of the overflow tank at high pressure Aug 12 '14
5 Mondeo 04 TDCI bent conrod - worth fixing? Jul 30 '14
5 Is my Paint damaged beyond repair? Aug 7 '14
4 Safest method to raise a vehicle, with multiple safety nets? Aug 6 '14
View all questions and answers →