I am in the process of painting some plastic parts(fog light cover) on my Toyota Camry. I started with sanding the plastic to prepare it for the primer layer and while doing that, in some areas I reached the actual plastic below the original paint layer.

When I started applying the primer, at first it looked fine but very quickly I noticed that it started to lift in some areas. Initially I thought that it was simply too much primer but then I noticed that the lifting occurs exactly on the edges of the sanded areas. Below is a picture I took after sanding the initial lifted primer and applying some actual paint to see if that's gonna make any difference (it didn't). 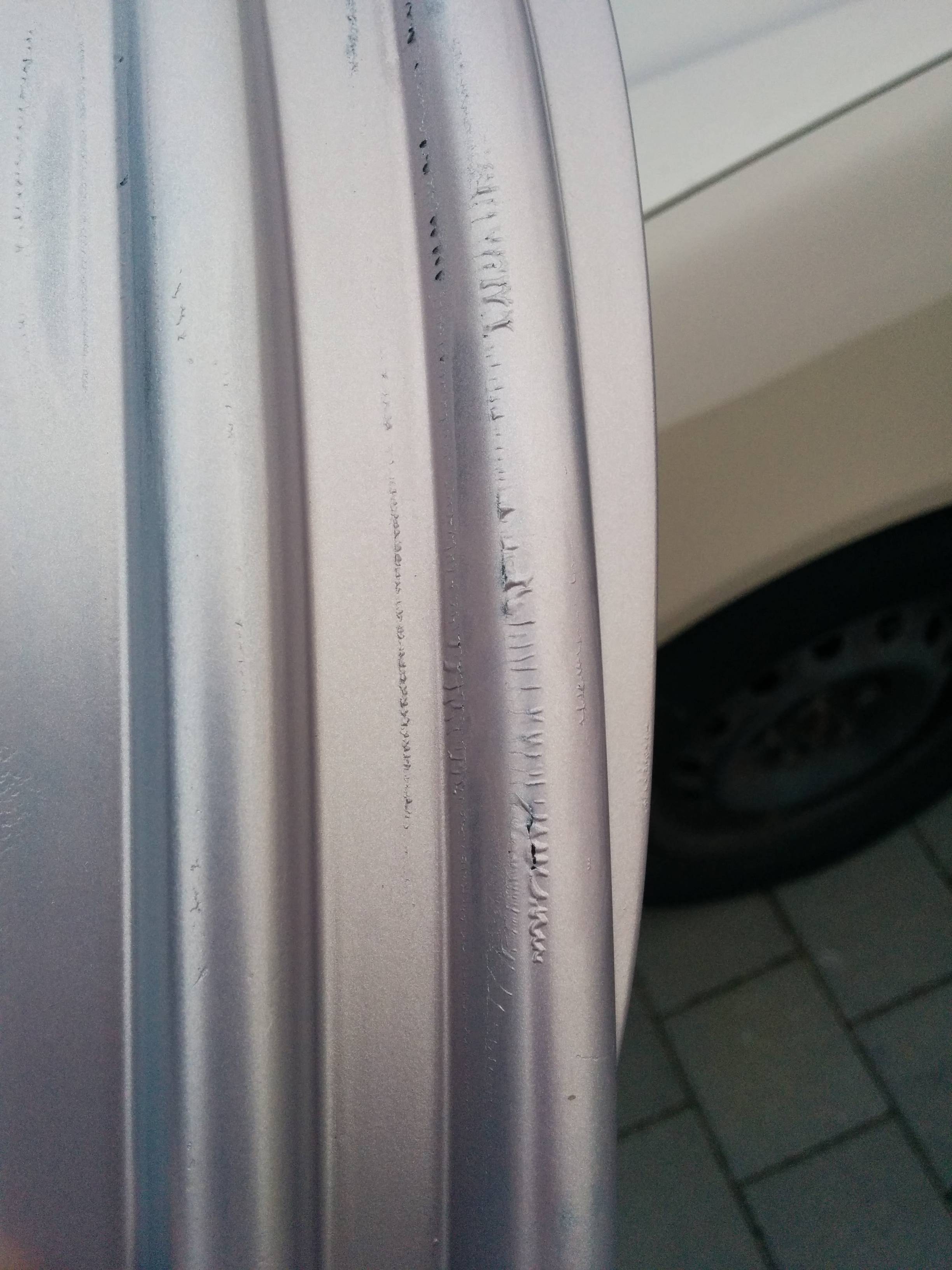 Hopefully the image is clear enough and you can see how the paint has lifted exactly around the areas where the paint was completely sanded off and the actual plastic became exposed.

Any idea how that can be avoided/fixed?

Currently I am thinking of applying some spray putty to create an additional layer that hopefully won't lift so I can properly apply the primer and paint on top of it.

Dealerships are known to spray rubbers and plastic with some kind of silicon spray to make them appear new and clean. Silicon spray, even when it's been sprayed on something a year ago, makes that you can't paint something that it's been sprayed on. The paint will show all kinds of disturbances in your painted area. That might be your problem. It helps to clean the to be painted area thouroughly with a good cleaning agent. Naturally, the plain water you used won't suffice for that. I suppose there's stuff for sale that's specifically made for this kind of cleaning.

What sort of primer did you use? You might find you need a specialist plastic primer to get it to adhere properly to the plastic.

I'd also try rubbing the plastic with a bit of coarse sandpaper to 'key' the surface, which should also help the paint to adhere to it - paint doesn't stick well to very smooth surfaces.

Not the answer you're looking for? Browse other questions tagged repair paint body or ask your own question.

4
How much do I need to sand before proceeding?
8
What kind of sealer should go over bondo and primer?
1
DIY paint touch-up on rusted fender: paint touch-up kit includes primer, color, and clear coat
0
What damages are these and is my idea of painting to repair correct?
1
Car touch-up paint... HELP!
3
Is it safe to paint my own car?