How do you compare two ECU maps

I want to update my ECU mapping on my motorcycle to the latest one supplied by the manufacturer, but I'd also like to see what changed before doing so. I downloaded what was on the bike ECU and also got the latest release from the TuneECU website. I opened both with TuneECU individually and also in compare mode, but I can't see any difference, yet they have different versions in the meta-information and different file sizes. I'm not experienced with the TuneECU software, so it's also possible I'm using it wrong.

The F1 Table in both of them looks like this: 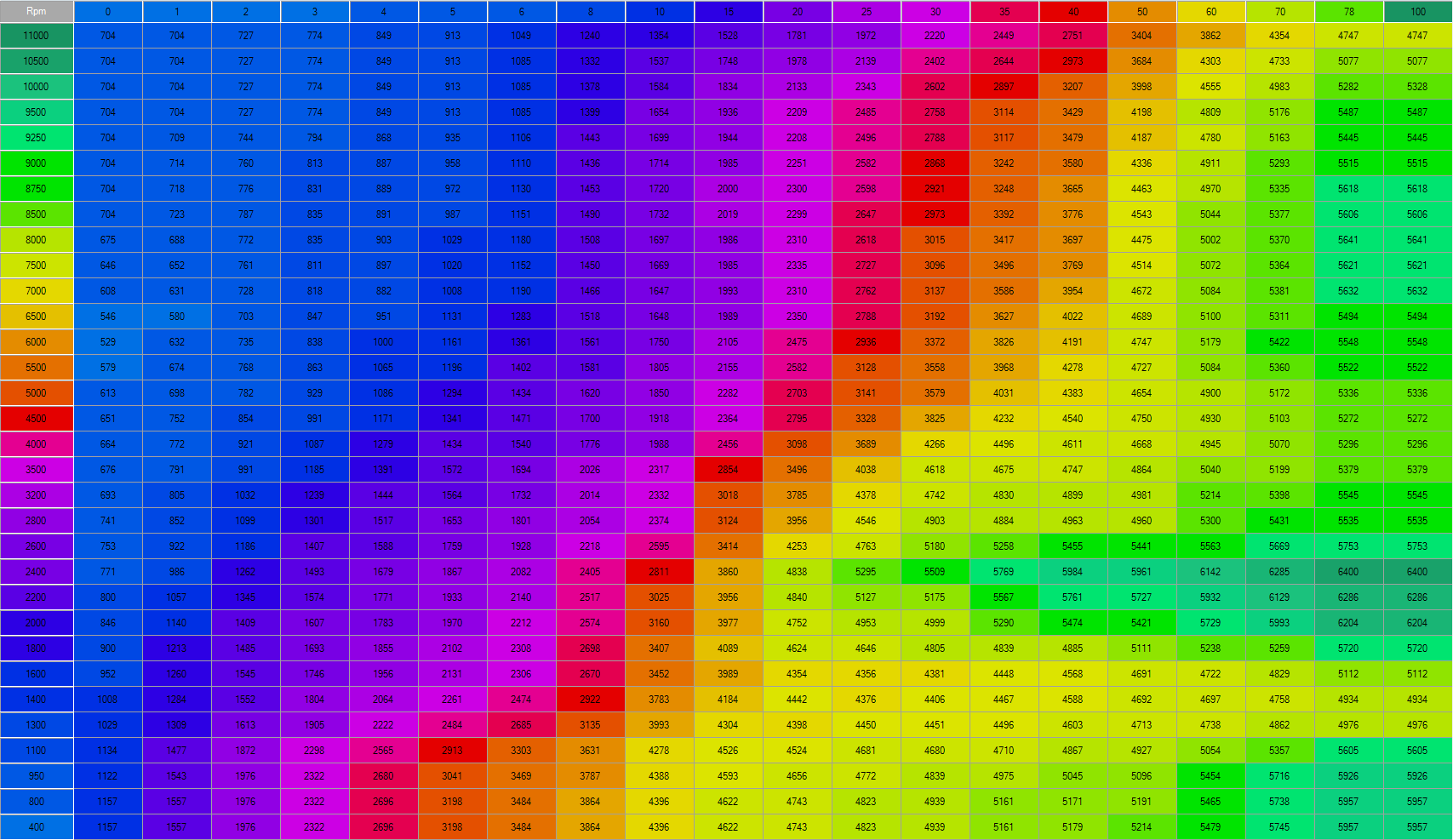 Can anyone please explain how to read a map and which of the tables are used when? And is there any difference between the two maps?

It's very possible that there's no difference to the calibration itself. It depends on the manufacturer, but you'll commonly see revisions that are simply an operating system or process change, where the logic that interprets the tables gets tweaked, but the actual calibration data remains the same. If you look at the actual MAP file in hexadecimal, and the area your tables are stored in didn't change, but there's a whole bunch of stuff at the start of the file that's different, that's probably what's happening.

As far as how to read the map and which one is used when, that will also vary depending on what it is. Ford ECU's have something like 16 sets of tables they'll blend across. In general, whether the engine is

..Alters which tables you want to look at, because they determine whether the ECU is just going to run based off of a sensor (more or less), or if they're going to use your table directly. Some tables like ignition timing are obviously critical and are used all of the time.

Not the answer you're looking for? Browse other questions tagged motorcycle ecu triumph tiger or ask your own question.

6
ECU replacing procedures
18
How does the car's ECU detect a misfire?
1
Honda cbr250r ECU question
1
Mahindra Scorpio ECU problem
3
How to remove pin from Subaru ECU plug
3
When doing an engine swap , do you have to have a matching ecu
1
Can the original ECU be replaced with other ECU codes on the same vehicle?
0
Secondhand ECU recoding
1
Delphi MT05 ECU mph to kph