How can I tell if water got into my engine crankcase

How can I tell if water was somehow added to the sump oil. What would happen to the engine?

If water got into your engine crank case, it depends on if the engine was ran for any appreciable amount of time as well as the amount of water which got into the engine.

For the sake of argument, let's say you are talking about coolant somehow getting into the oil sump. If the engine wasn't ran after the coolant got into the sump, you could tell by draining the oil at the sump. Since oil is lighter than water, the oil will float on top and the water would drain out first. This would be very noticeable at the start of the drain (fluorescent green coolant will stand out like a sore thumb ... the other colored coolants would as well).

Depending on how the water got into the crankcase, if the engine wasn't ran after the it entered the oil, it may or may not need to be torn down. For instance, if you forgot to drain the intake when pulling it off and coolant drained down into the oil, just an oil change would all that would be needed to fix the issue. Obviously, if there was a catastrophic reason why there was water in the oil, a complete teardown would be in order to fix things.

If the engine was run for any appreciable time after the coolant got into the engine, you'd get what is commonly known as "chocolate milk" on the dipstick. Literally, it looks like chocolate milk. 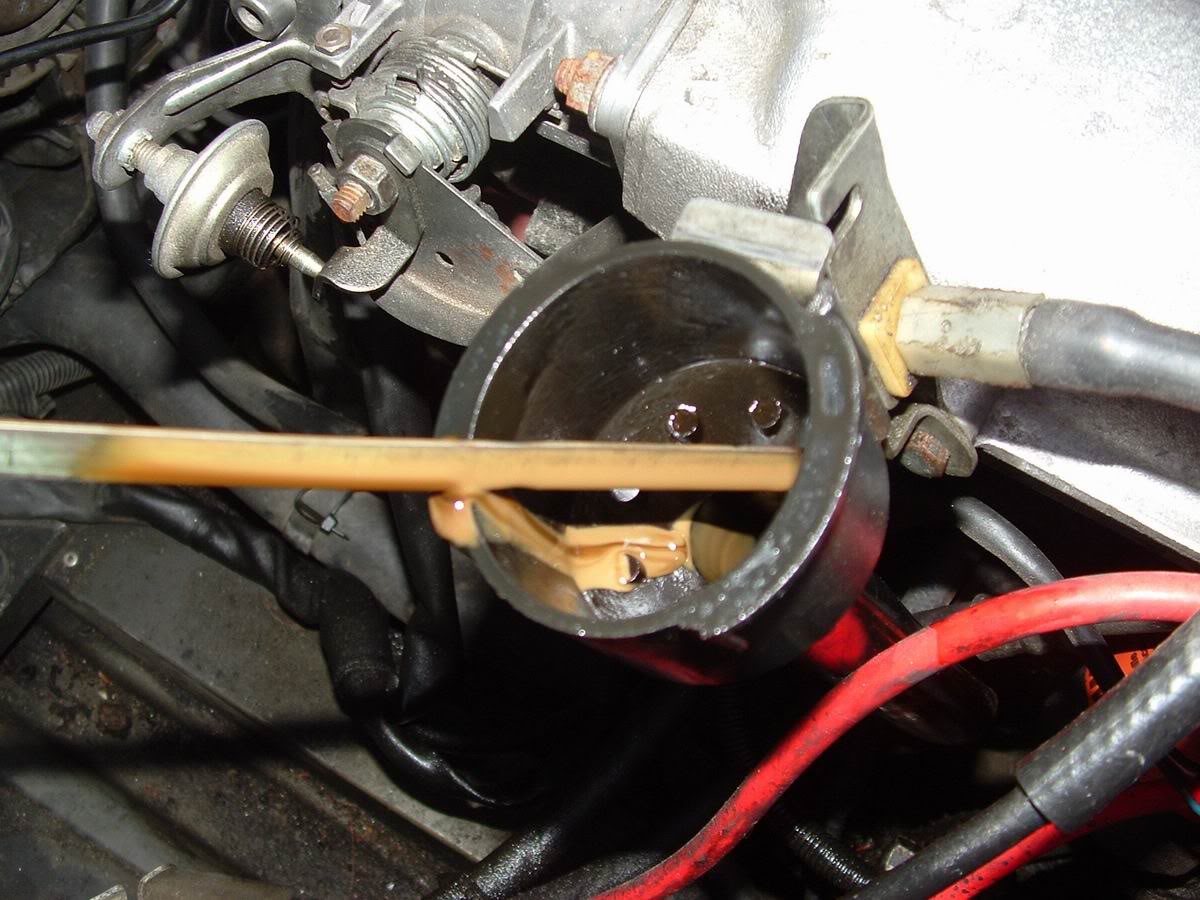 If this mixture is left in the engine for any amount of time, it can for acids with the oil and cause corrosion on the bearings and any other metal parts (cylinder walls, lifters, cam journals, etc). Once this is discovered, it should be taken care of as soon as possible, but it usually means a complete teardown to fix.

20
How is engine load determined?
7
What exactly is meant by “engine coolant”?
7
Can engine oil type cause a car to overheat?
9
Can revving the engine in neutral cause damage?
4
How does water/meth injection on a diesel work
15
How does the BMW M4 GTS achieve low water consumption in its water injection system?
6
Can the viscosity of the oil affect gas mileage?
1
What would happen when if fuel is added during the combustion process?
5
How can my car run on 85 octane but be recommended to run on 91?