On 2007 Toyota Camry LE route AC vents work, but 2 center vents do not dispense any air. Some air flow is seen if no AC is used

I have an air conditioning concern. When using the AC, outer vents work, but the two center vents don't dispense any air. This is a consistent issue at any level that AC system is on from low to high. The Toyota dealership verified and supposedly found the following:

Lastly can you help direct me to Toyota DIY repair fora/forums where I can discuss the next steps?

Your heater is a big plastic box that has a blower that takes in air, blows it through the AC evaporator, then either through or past the heater matrix, and out through a series of outlets to the various vents. Decades ago, the flaps, or "doors' that open and close the various outlets were operated by rods or cables connected directly to the levers on the controls on the dash. Later, vacuum mechanisms became popular - these have cylinders that have a piston that act under engine-generated vacuum, on a bellcrank on the shaft that the door hinges on. These have the advantage that they can be packaged better on the increasingly crowded space under the dash, but leaks are a common problem. Most all modern cars have tiny electric motors that now move the mode doors (and the blend door that mixes the hot and cold air), and since they generate very little force, they have a gearbox that then turns a big gear that is attached to the door shaft. 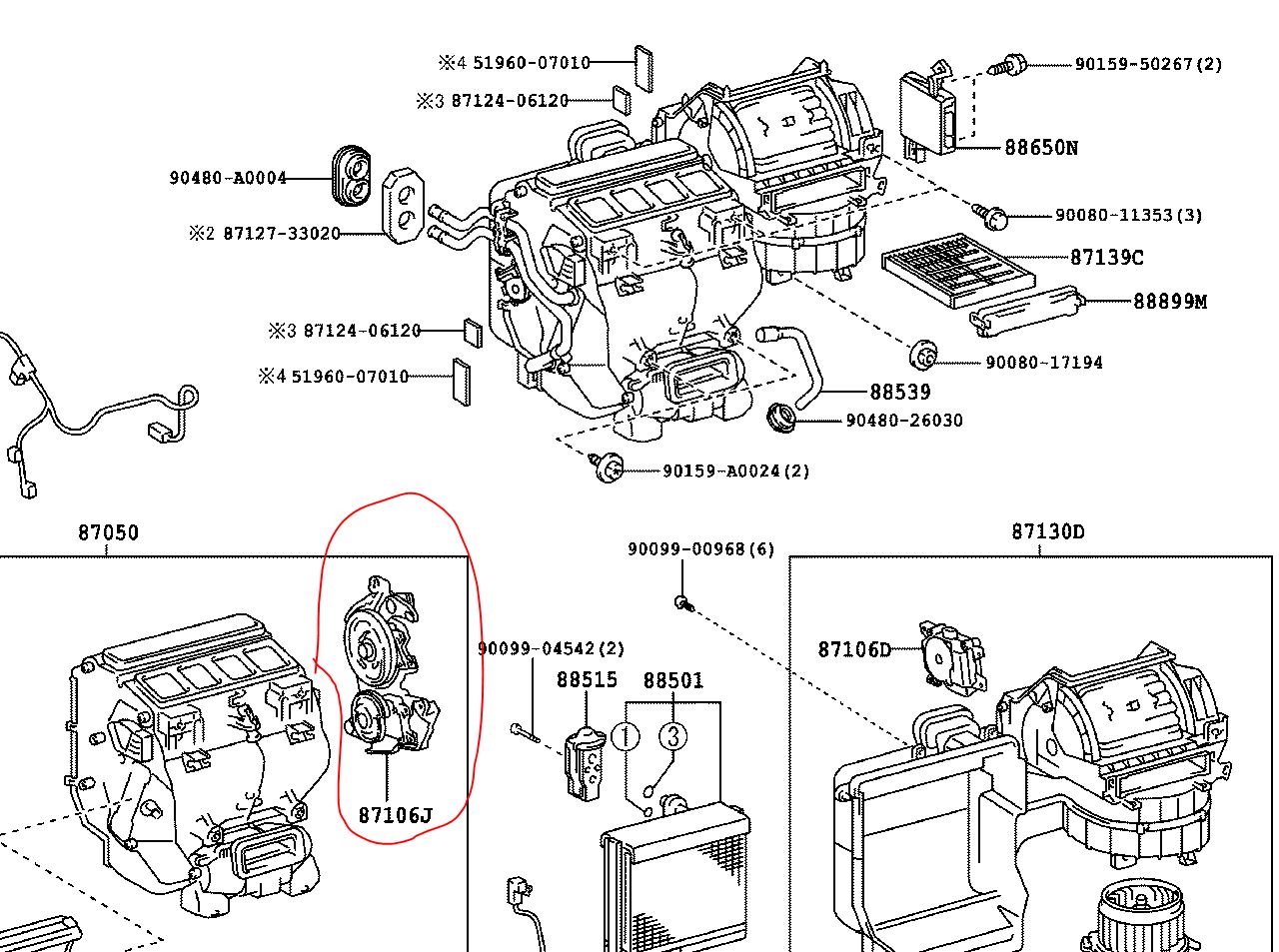 This is a view from here showing the unit I think you'd have, as you can see it's a fairly large thing, so getting it out is a substantial job, requiring a fair amount of the dash to be removed. The mode servo is circled, and is between the blower housing (on the right) and the main housing which has the mode door up at the top of the housing. I think it's necessary to separate the two halves of the heater unit shell to get to it, whch would likely be difficult to do until the entire heater were out of the car.

The motor seems to be still working, from the comments, but the door isn't rotating as it should. This may be due to leaves or similar debris that has gotten in (pencils, cotton buds etc can drop down the vents into the housing and jam the doors. The error code is caused by the motor trying to get the door to a particular position, but failing to do so - there's an electronic control attached to the servo that monitors where the door is, and the error is caused by a difference between the commanded position and the actual position.

So long as the motor is functional, it may be just a matter of freeing up the door, with no cost of replacement parts, but unless you're doing it yourself, there's a lot of labor involved - I'd probably expect to spend a whole weekend for this - so a dealer would probably want to replace parts just to avoid failing to fix the issue first time. You might want to find a local mechanic that's done this sort of repair. There's likely videos or step-by-step guides available somewhere on the web.

Not the answer you're looking for? Browse other questions tagged toyota ac camry vents or ask your own question.

7
How much isopropyl alchcol to deodorize AC ducts?
4
Adjust window end position?
6
Main engine not firing after non-engine-related fixes (replacing fuses and transmission fluid), starter/fan fine
4
2000 Tacoma Stalls then Wont Idle
0
2003 Hummer H2 - Air will not come out of vents and circulation does not work. Heating, cooling, and blower works fine however