the image below is a device that came came with my 1993 toyota carina e. i want to know it name and used. thank you 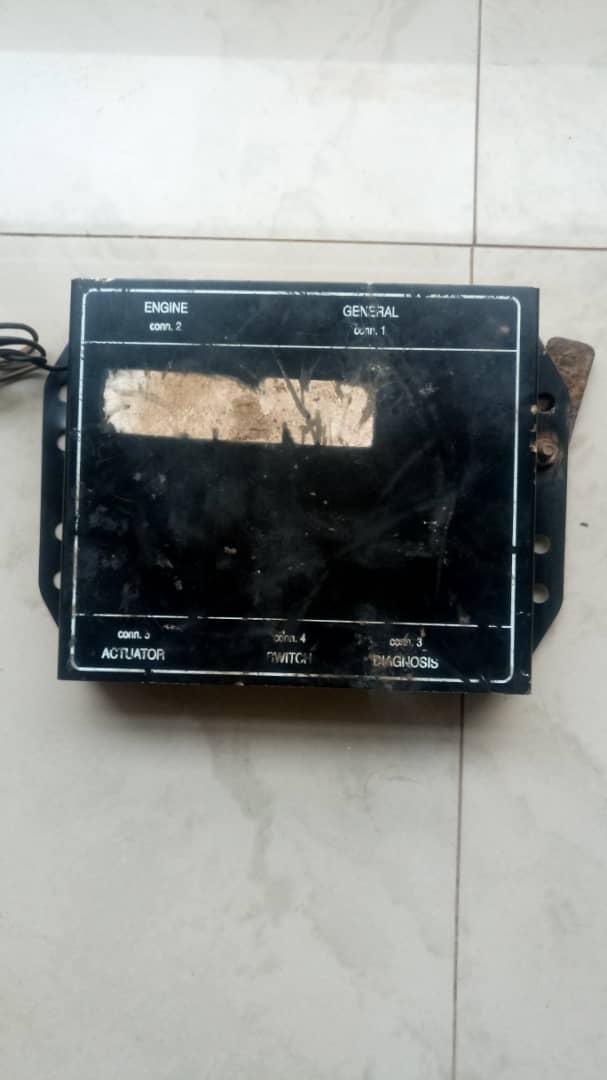 It's an engine control module, and it's not the problem.

AKA "computer". However, "computers" usally get blamed for any electrical problem, first because old-guard mechanics hate the things and long for the simple old days, and second because their functionality is fairly opaque and hard to analyze/test, and third, because resetting a computer often clears the problem (at least temporarily). Replacing a computer is a rather expensive way to reset a computer.

The engine computer relies on a variety of sensors and actuators to manage the engine. For instance, it has a coolant temperature sensor that tells it how hot the engine is, and an oxygen sensor to sense whether the right amount of fuel is being injected. It has an EGR actuator that recycles exhaust gases when necessary to improve smog/fuel economy. It might have as many as two dozen sensors or actuators. Those fail all the time. And fortuantely, they're cheap.

I have yet to see a computer that is actually dead. However, I have seen many, many faulty sensors or actuators, and occasionally, a damaged wiring harness.

In particular, a "Check Engine" light is the computer saying "I am working properly, but one of my sensors is borked or telling me the engine is borked". This is the point where idiots replace the computer :)

Mind you, this is only likely to bear on engine-related problems, or possibly speedometer. If something is amiss in the body wiring, e.g. Funky radio, power windows not working, etc. -- for that, you need to look to a "Body control module" (if there even is one in a '93, not that likely) which is a separate computer that manages comfort and convenience devices in the body... Or plain old wiring issues like stuck switches, frayed wires etc.

Not the answer you're looking for? Browse other questions tagged electrical carina or ask your own question.

5
What's the reason for a battery light coming on and becoming brighter as the engine revs higher?
12
How do you remove or even get to the car battery on a 2012 Honda Odyssey?
4
Engine idles badly and loudly when I switch on the A/C
2
What are the methods to improve headlights of a car?
1
How to increase fuel economy
2
What is the normal fuel consumption for a 1995 Toyota Carina E 1.6 CC 4A engine?
6
Troubleshooting ECU related short circuits
2
why have car grounding strips disappeared?