The most recent update is at the bottom. This looks interesting. 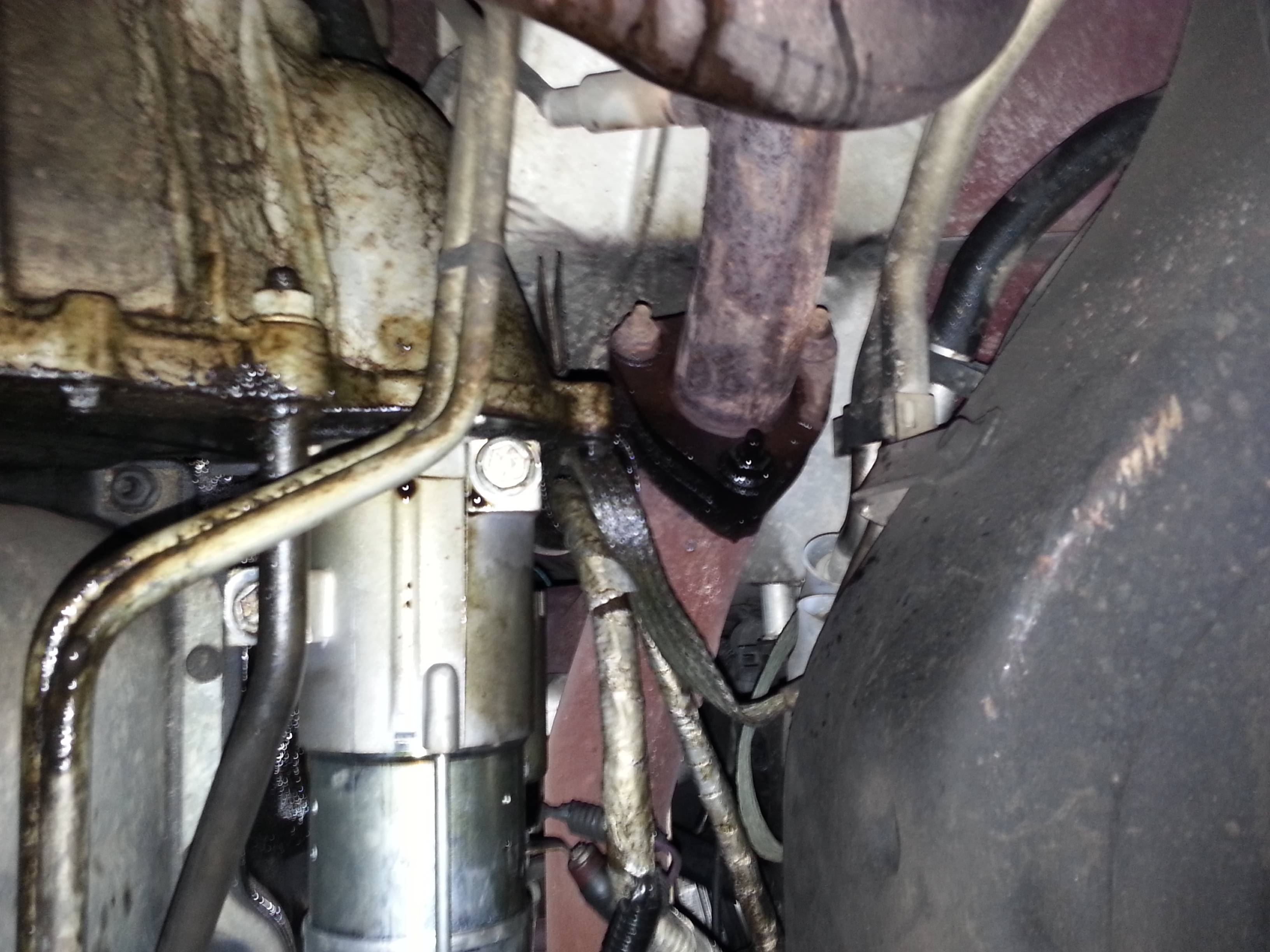 Because of your comments. I will see if I can be more specific on the source of the oil. 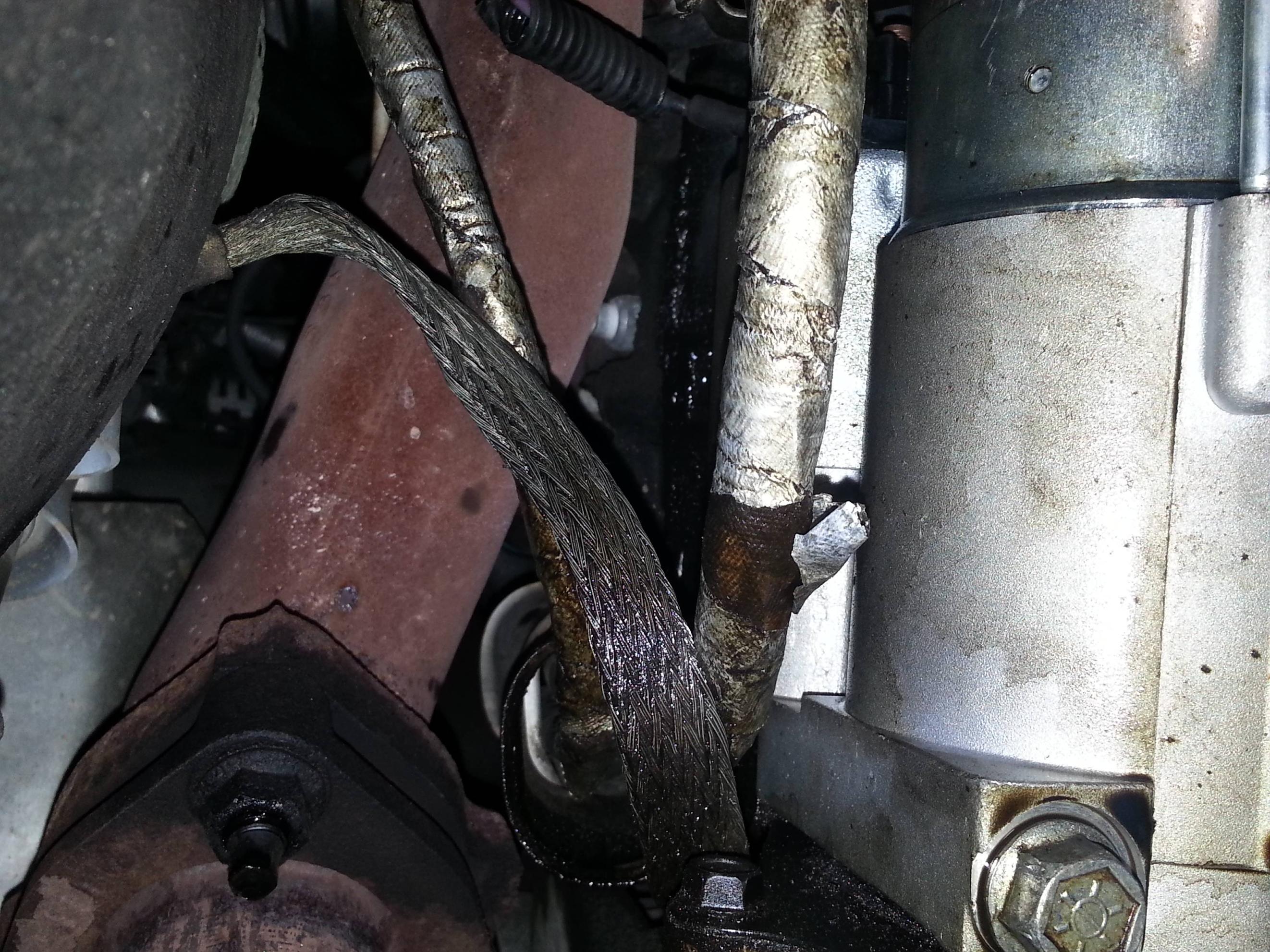 Notice that line of fresh oil shown vertically in the picture. It is definitely coming out of a seam on the side of the engine housing, and making a mess of oil on the starter, cables and tubes. 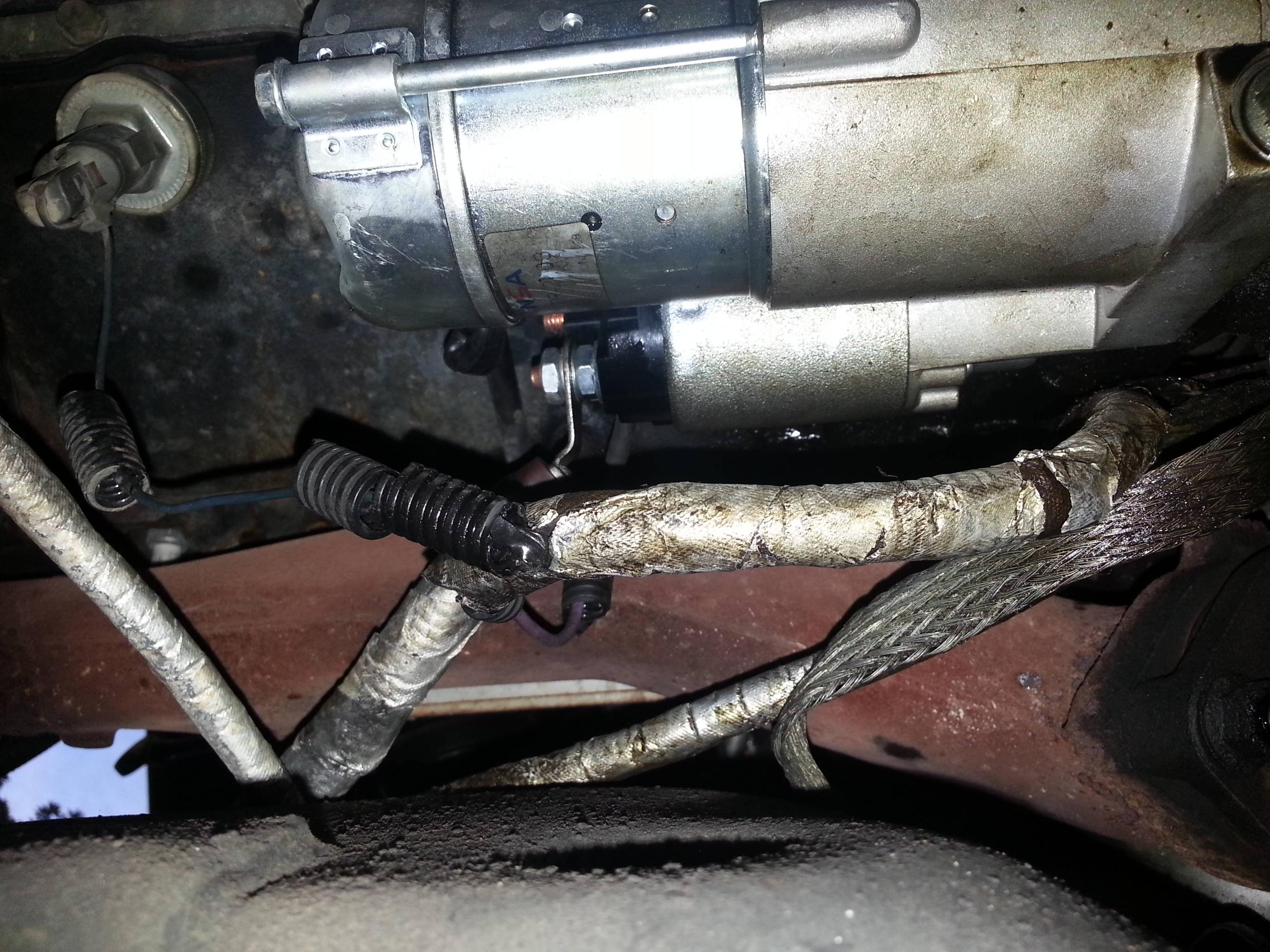 That picture shows the approximate range of the oil. As you can see (or take my word for it), the oil only is leaking out of the vehicle at the rear end (right in the photo) of that side of the engine housing, the line of oil doesn't continue towards the front. (left in photo)

I'd appreciate you letting me know what this means.

I can't find where oil leads to the exhaust pipe. It looks like it comes straight out of that pipe.

And, again, the oil drips only occur if the vehicle has had a lot of smoke before pulling in.

In the end the mechanic discovered it was caused by bad oil, it was not head gasket problem, just clogged drain on the front end of the engine and nearly clogged in the back.

So, when the vehicle was tilted forward, the oil failed to drain, and was forced through and burned off.

Does the car have a turbocharger? If so, the seals in that could have gone, which would result in oil leaking into the exhaust.

I'm assuming that photo is taken from underneath the car looking up? In which case the oil could have leaked from somewhere further up and run down onto the exhaust joint we can see. Does the smoke come out of the exhaust at the back of the car, or from the engine bay area (or both)? I would expect to see at least some smoke in the engine bay as that oil burns off the exhaust (you'll be able to smell that quite clearly as well)

You can do a compression test to check for head gasket failure, which involves removing each spark plug in turn and replacing it with a gauge that reads the amount of compression in the cylinder - if the head gasket is blown, one or two will be well below the others.

Other potential sources include piston rings and valve stem seals, which allow oil to seep into the cylinders while the car is off, resulting in smoke when it's started.

Not the answer you're looking for? Browse other questions tagged oil exhaust gmc head-gasket or ask your own question.

5
Block Test: Can't suck any more air, is this normal? (1999 Suburban)
3
How do I determine whether this vehicle has a turbocharger?

2
Blue-ish smoke coming out from the exhaust
5
Block Test: Can't suck any more air, is this normal? (1999 Suburban)
2
'04 Nissan Sentra - Smoke from engine compartment after long drive
5
Engine consuming oil and white smoke comes out when starting the engine while cold
11
How do I tell if I screwed up my oil change?
3
White smoke from tail pipe and loss of power when accelerating
4
Diagnosing a blown head gasket - can I use a compression gauge?
1
BMW E90 318d oil leak