Is this brownish red gunk definitive evidence of a blown head gasket?

My 99 Nissan Almera has been sitting unused for a few months, and I just went out to start getting it up and running again. I noticed that the coolant in the reservoir was a bit low ( but clean looking ) and decided to check if the coolant in the radiator needed topping off. When I opened it I noticed this gunk around the filler neck and on the pressure cap: 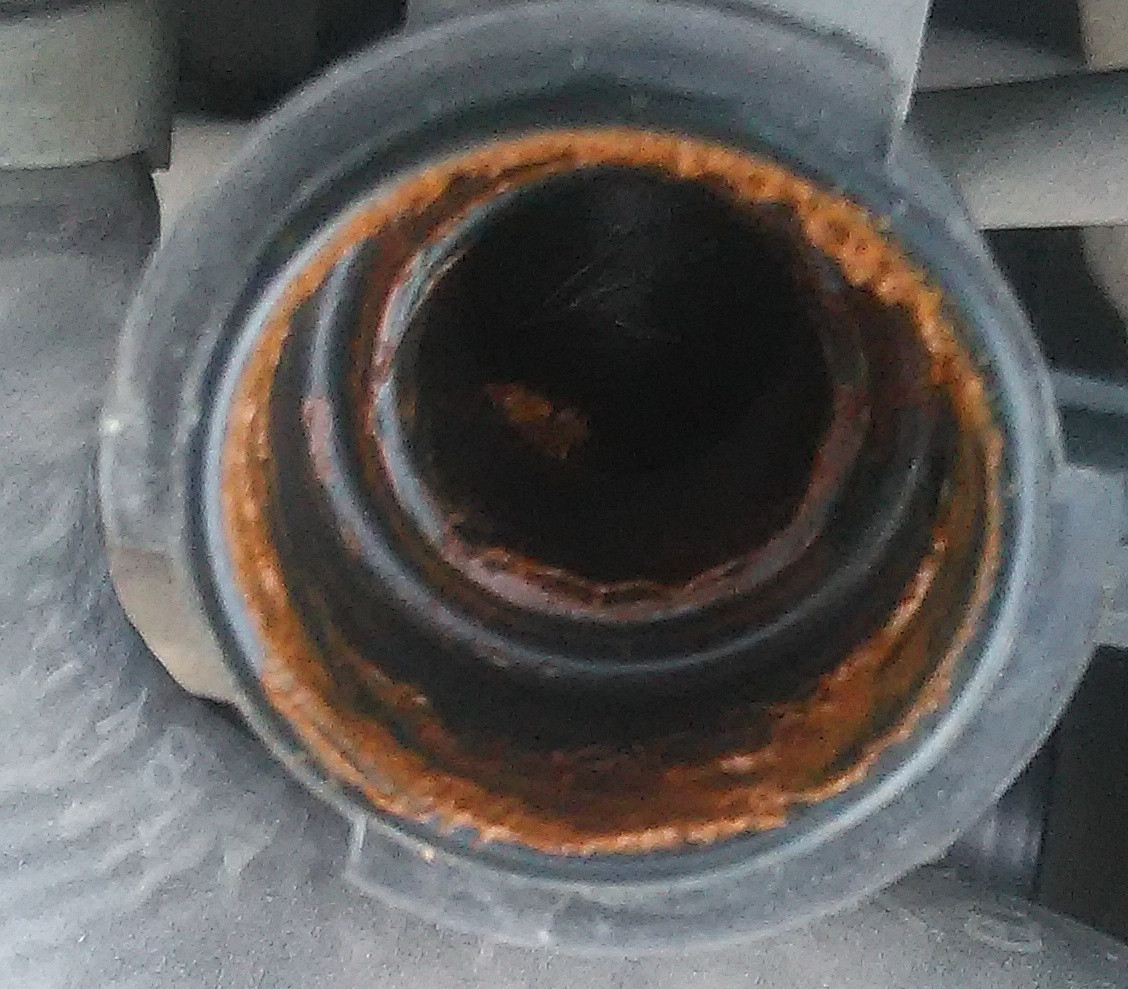 And here's a picture of the cap ( I had already started wiping it off before I thought to take a picture ): 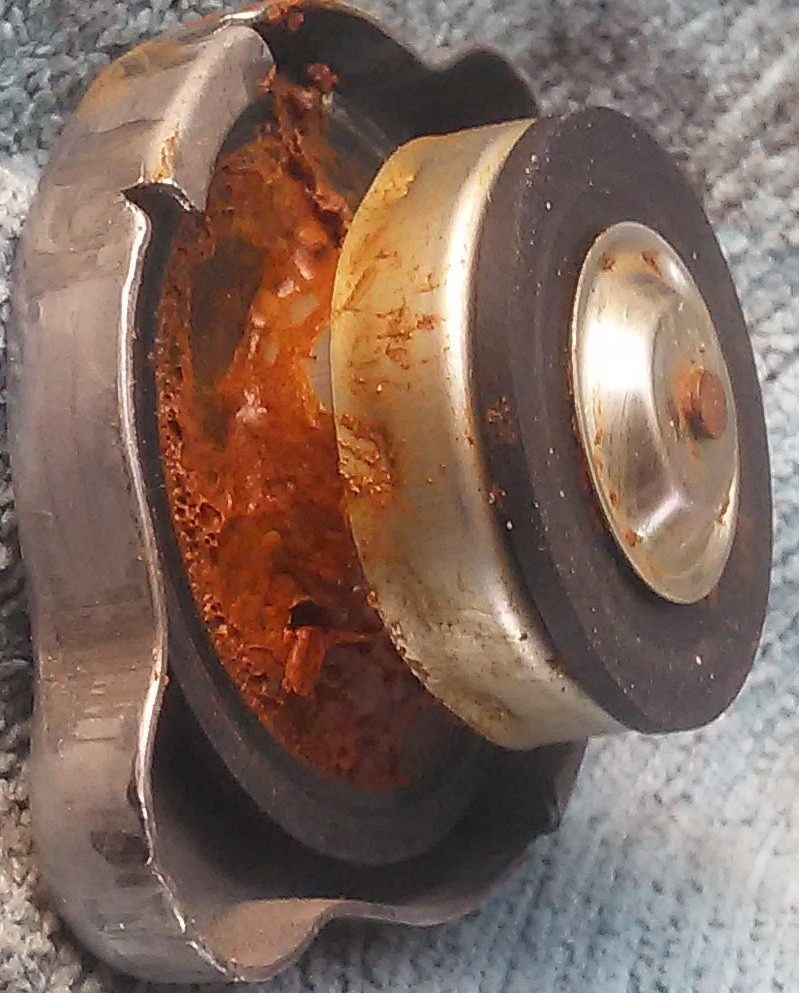 The truth is that if I was buying a car and I saw this under the radiator cap I'd assume there was a head gasket problem and not buy it.

I only had to add a tiny amount of coolant to top off the radiator, and I didn't see any evidence of foaming or frothing under the oil fill cap or on the dip stick. After starting the engine I had "white smoke" for a few minutes, but I'm guessing that it was probably just steam as the car's been sitting for a while and probably had quite a bit of water condensation inside.

I was planning on putting new shocks and brakes and going to pay the annual registration, do the annual test, etc.. tomorrow, but if there's a strong chance I may have a blown head gasket then I'll have to rethink all that.

Just wanted to follow up at this car is still going strong 2 years later.

The gunk seen here is a mixture of gel and rust. The most common cause of the gel is coolant over-concentration. The rust comes from corrosion of the inside of the engine block.

There is no definitive visual sign of a failed head gasket, they do not present any visual symptoms. Head gasket failure presents as CO2 in the cooling system as long as the affected cylinder is firing. Testing for this is done one of three ways. Use a gas analyzer, use a C02 detector, or a chemical detector test. If the cylinder is not firing then test for hydrocarbons in the cooling system with a gas analyzer.

To test the gel take a sample and put it in water. If it dissolves is likely gelled coolant. It does not it could be engine oil emulsified with coolant.

Not the answer you're looking for? Browse other questions tagged head-gasket or ask your own question.