Back story: I had my Escape A/C recharged over a year ago. When the mechanic removed the connector from the low side port apparently he heard it start to leak immediately. He said he tightened the valve and the leak stopped. Some time later the A/C stopped working again.

Since that time I've acquired the tools to properly recharge the system myself and I did so today. When I took the low side connector off after recharging I noticed some dye and liquid bubbling from the low side port. I recapped it and left it for a little bit. When I came back and took the cap off I could see the dye and liquid inside the cap as well. I took a picture of inside the low port and the valve stem is visibly bent.

So I am assuming that Schrader valve is past its usefulness but am I heading down the right path with my thinking? When charged the system blows very cold, the compressor kicks on, and everything seems normal other than the low side port issue I described. 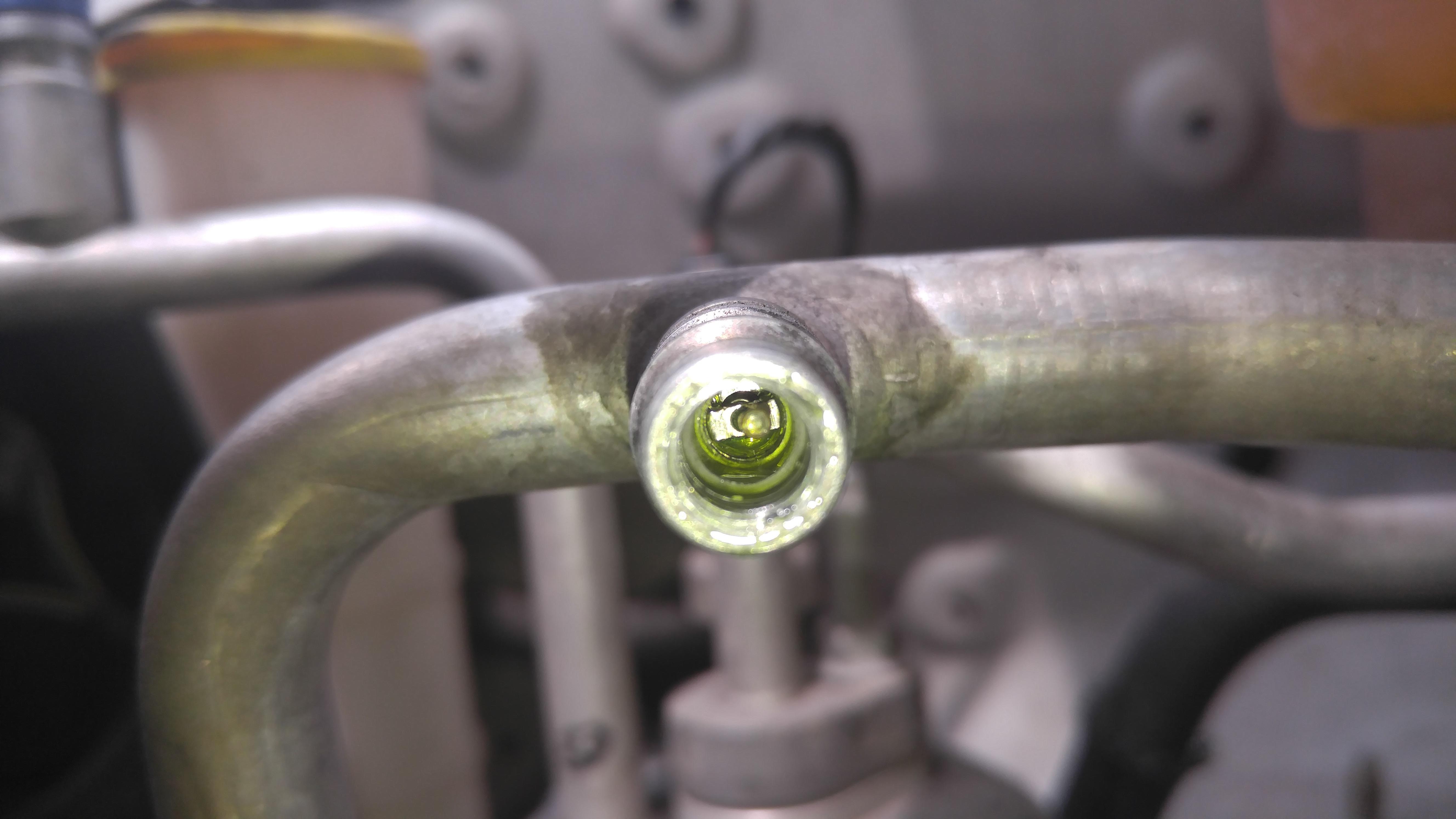 Album of images of low side port: http://imgur.com/a/BihSf

Thanks for any advice you can give.

You can purchase new Schraeder inserts for both high pressure and low pressure lines. The top plastic dust caps are VERY IMPORTANT as well. They provide a very secure seal. Recommendation: Evacuate the refrigerant, replace both inserts and replace the top plastic caps on both the suction hose and the discharge hose.

Air conditioning leaks are just bad. Those parts are pretty cheap. Well worth replacing them.

Note: I have personally worked on cars where the tiny gasket seal within the Schroeder valve was not properly seated in location and caused a small refrigerant leak. It's very rare but not impossible.

Not the answer you're looking for? Browse other questions tagged ford ac escape or ask your own question.

7
How to fix leaking air conditioning schrader valve
1
98 GMC 1500 SLT ac electrical problem
1
Really hard to find A/C leak on 2007 Mustang
1
How to un-stick a schrader valve on high side of AC
4
What can cause an AC to ice up?
2
Turn Signal Malfunction [2010 Ford Escape Hybrid]