Can bolts become fused with an exhaust manifold? If so is it possible to remove them?

I'm starting to think this is a sick joke. It's shaped like a bolt. It has threads like a bolt. But for all intents and purposes it is one with the exhaust manifold.

Here's the piece I'm working with. 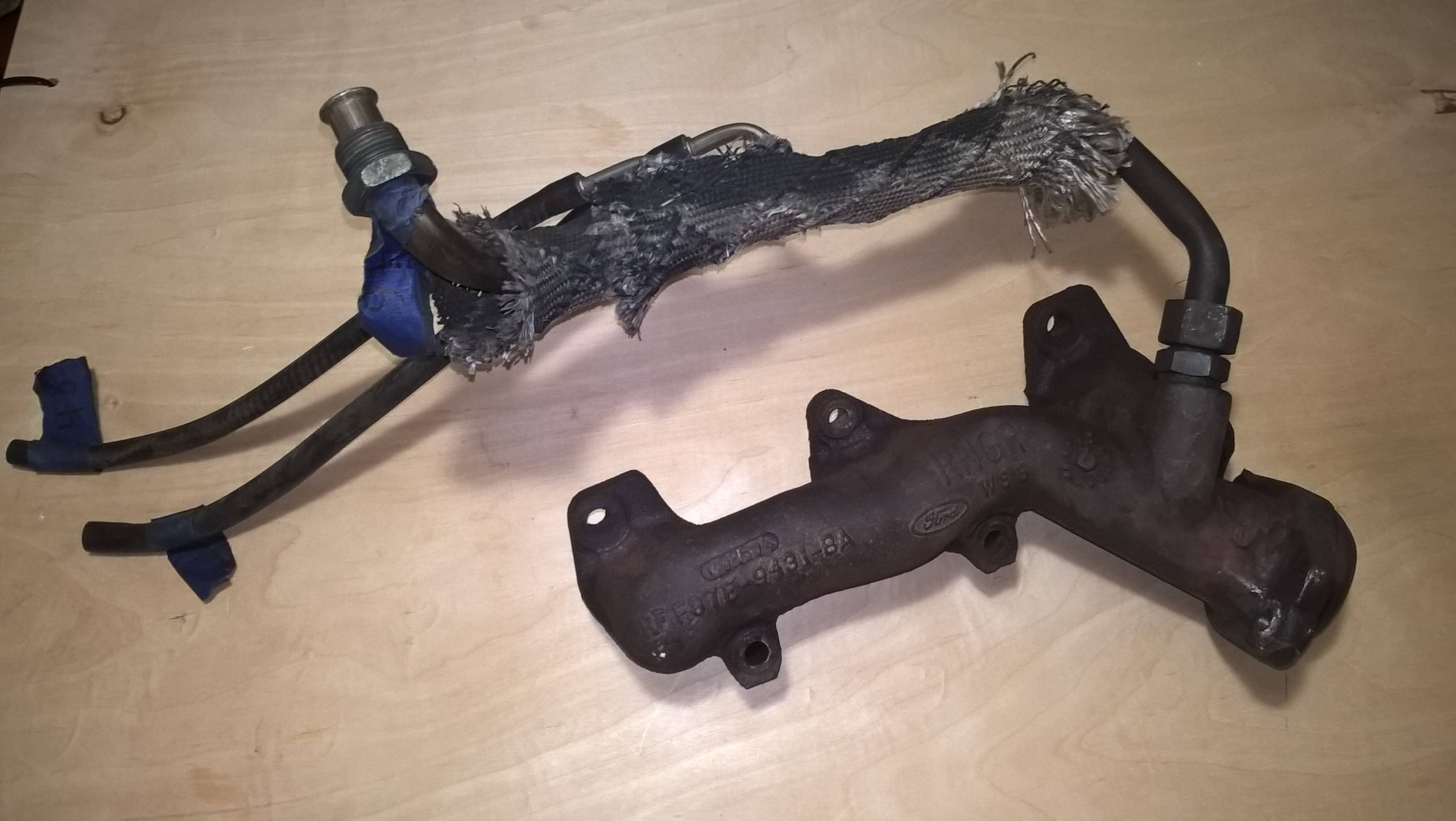 And here's what's left of the bolts. I need to remove them both but have only cut down the one. 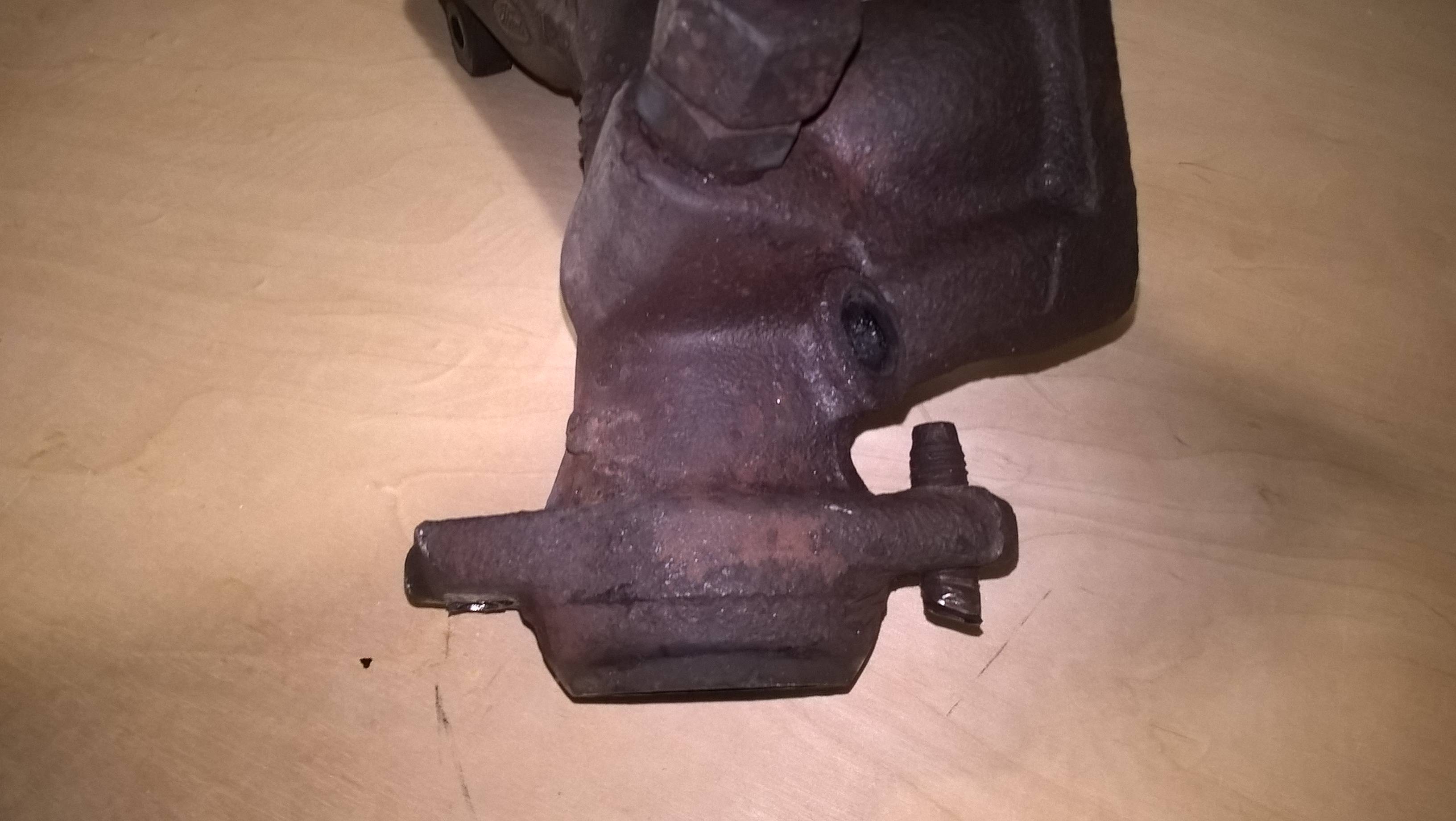 Here's a view from the side where the head of the bolt used to be. 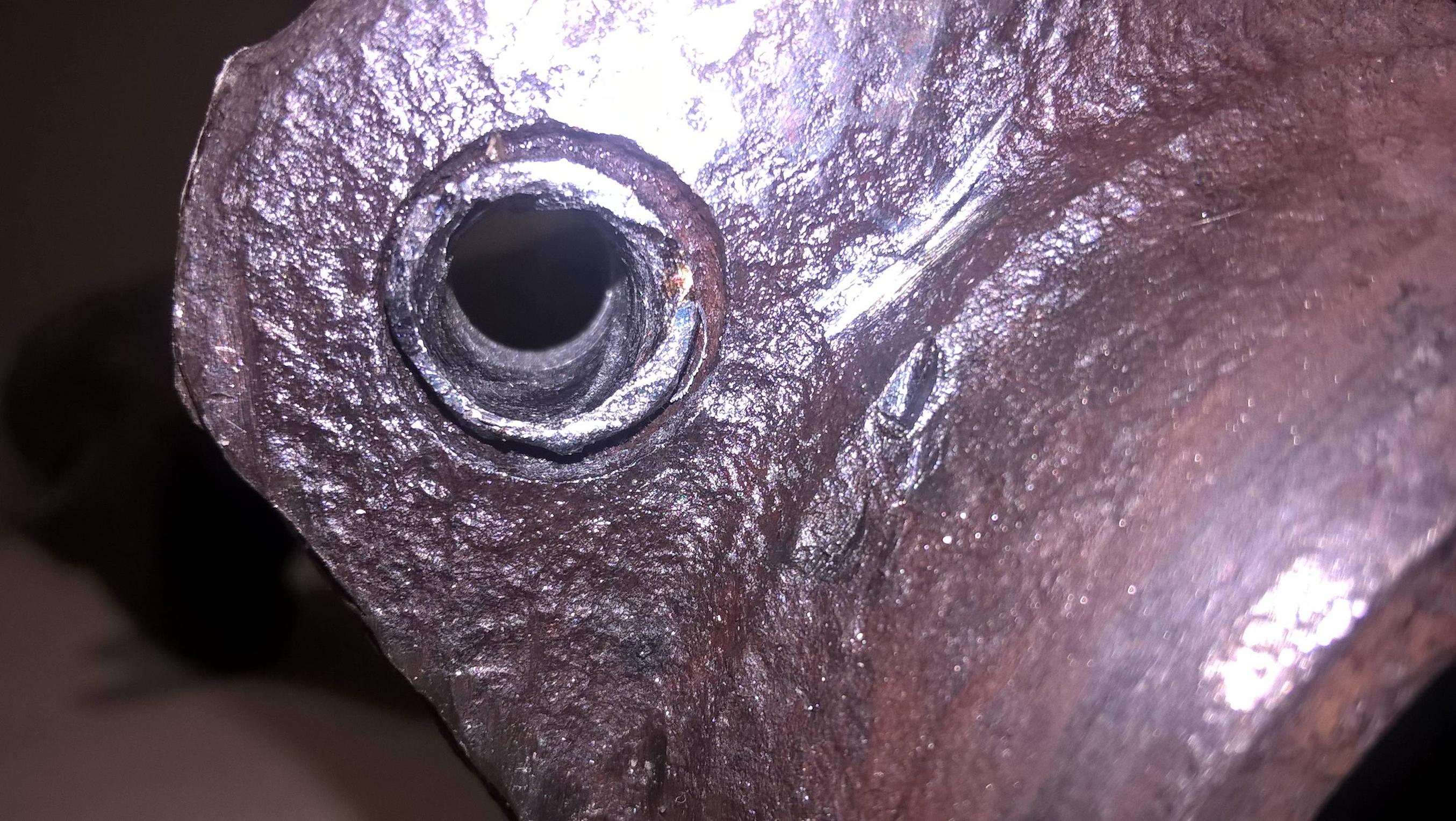 Here's the other end. You can kind of see that the hole was not dead center by the time it got to the bottom but it's not quite as uncentered as it looks there. I think the camera being on that side makes it look even worse. 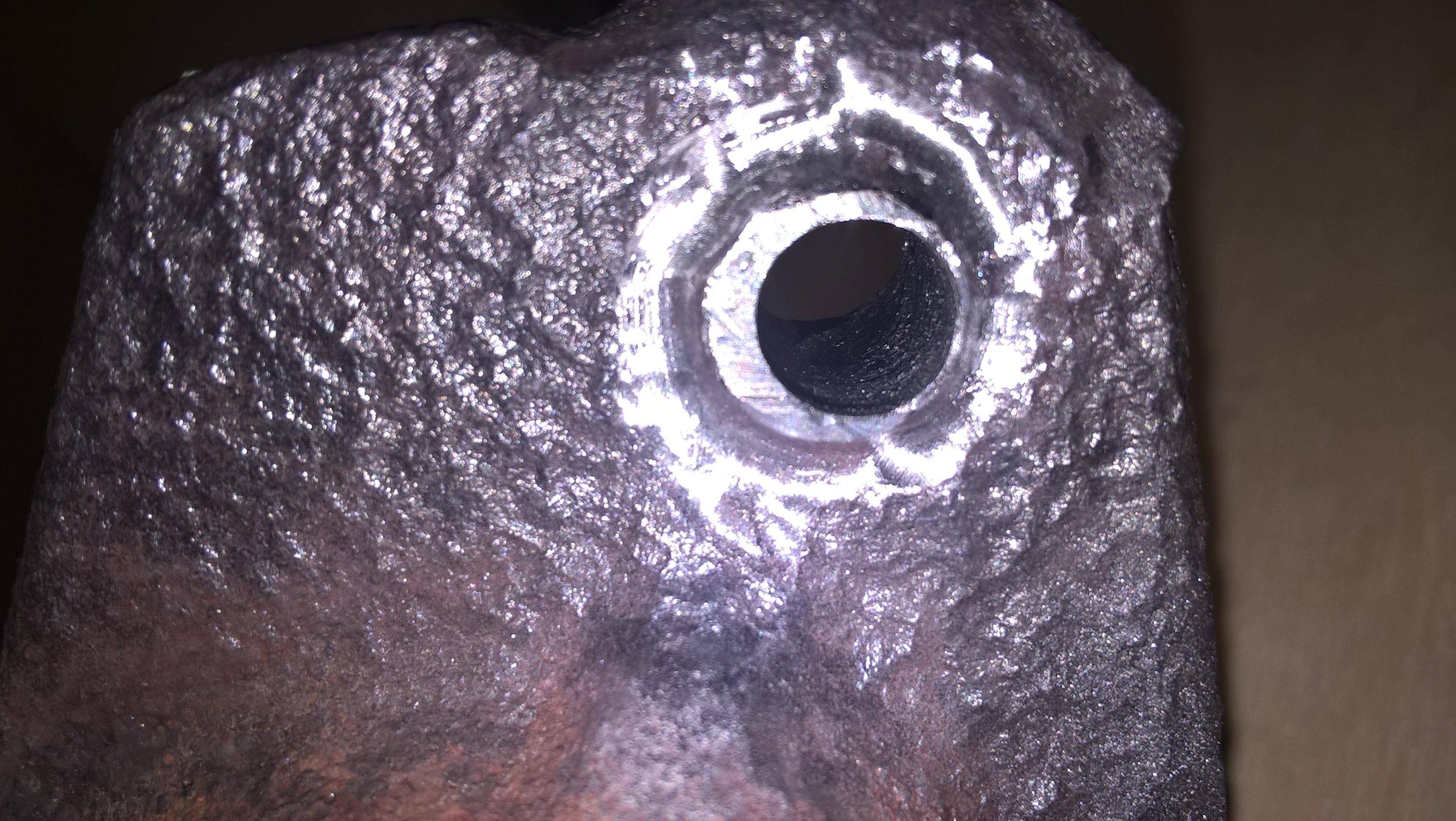 And here is what my removal situation looks like. Okay, sorry, I just realized the wrench is on the wrong side in that picture but I just stuck it in real quick to give you a general idea. 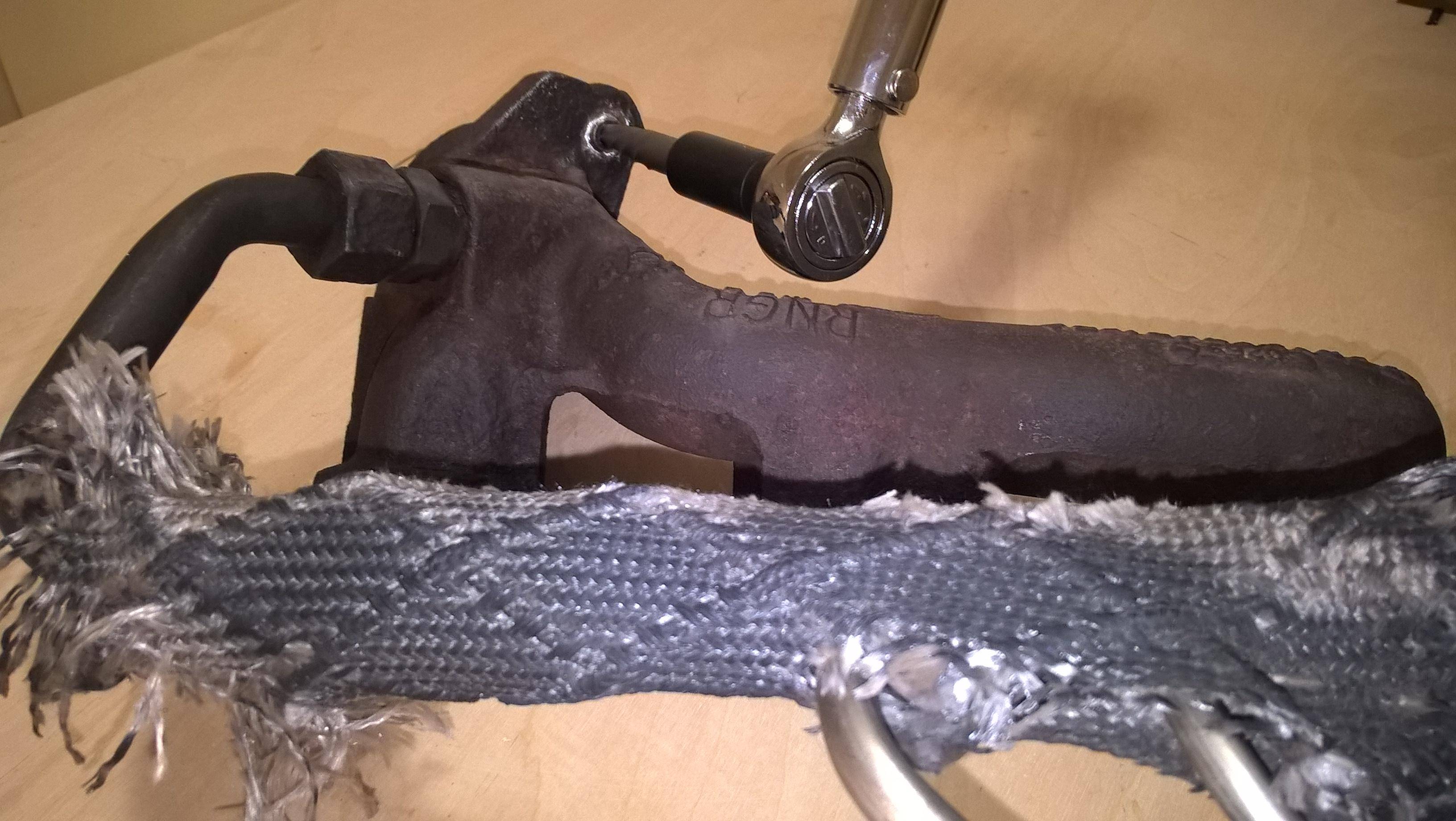 I just put the tap in, step on the manifold, and turn. This isn't ideal. I think my chances of breaking something would go down if I were able to secure it to something.

And finally, this gif tries to show that on the end that was opposite the head, the metal between the manifold and bolt looks seamless. It looks like they screwed in the bolt and then welded it the manifold. Not really, but sort of. I took a dremel around that area to see if I could find a seam but didn't find one.

I've tried heat. Honestly, heat has not worked for me yet. It's been a complete waste of time. I got one of the yellow torches and I'll heat up the metal around the bolt for a solid 5 minutes. It never starts to glow red. It never does anything.

I've sprayed the bolt with PB blaster probably 20 times over the last couple weeks. I soaked a rag in PB Blaster and let it sit over bolt all night. The bolt doesn't care.

Please tell me there is some hope. I'm half tempted to just drill it out more and secure the new bolt with a nut on the other side (instead of just threads which is how it's designed).

Do you think this bolt is essentially welded to the manifold and is there any way it can be gotten out?

There's 2 things you can do:

The exhaust manifold is a typical candidate for seized bolts.

You could try a pin punch to separate the rest of the drilled bolt from the manifold. Place the punch on the small circular groove visible on the photo, hammer radially, downwards from the outside, thereby warping it inwards and hopefully separating it from the manifold. If that doesn't succeed there is only the nut solution left.

Later, on assembly: Be sure to use some high temperature anti-seize compound (either cooper or ceramic paste) on the threads.

5
Removing badly rusted and broken bolt from suspension
0
Craftsman Bolt-Out and similar tools
7
Remove rounded manifold bolt
7
What kind of amperage and sticks needed to weld a nut to a stripped cap/bolt?
4
Can I cut these two bolts to remove the exhaust manifold on a 99 Ranger
4
Removing rounded allen dome bolt
3
Drilling through metal for broken bolt on rear suspension mount using a cobalt bit not working
1
How to remove broken bolt stubs from brake caliper bracket?