I'm trying to take off the manifold bolts on an old Chevy 350 (the ones that connect the manifold to the header). I got 4 out of the 6 bolts out, but 2 are extremely struck and rounded due to all the rust. I actually broke my 14mm socket trying to remove it with a breaker bar. Now, after trying so many times, the bolts are rounded so much that I can put a 13mm wrench on, and it too will slip sometimes.

So what do I do now? I can't drive the vehicle to a shop because of a bad exhaust leak, so I don't have many options other than to solve this problem myself. PB blaster seems to be ineffective (although I have been applying more everyday), since the threads are very deep and the bolts are rusted on extremely tight.

Would I have to cut off the bolt head, take the manifold off, then worry about the stud later? What would be the cheapest way to cut the head off? (I don't have grinders or power tools...unless those are the only ways)

Just wondering what you guys think is the next step for me. Space is limited around the bolts... thanks

I had a similar problem removing the exhaust manifold on my Civic. If you're confident you can find replacements for whatever you're going to tear up, just get a Dremel and use it. You'll spend as much on other methods as you would buying a Dremel anyway, so the only question is whether your time is worth more than the parts you'll have to replace after ruining them, and the answer is usually yes. Go with the smallest model because it's cheap (well under $50) but still works fine and can get in small places larger tools can't. Metal cutting blades are best, but I was working in a tight space and didn't have a vehicle available to go out and buy any at the time, so I got by using a grinding bit and grinding the whole nut and stud away.

Although not the most effective there are several things you can try on a limited tool budget. If you have access to a propane torch (the type used by DIY plumbers) get a cylinder of MAPP gas. It doesn't make as much heat as an Oxy/Acet torch but is hotter than propane. Heat the manifold in the area of one stud as hot as you can get it, then try to back the stud out. If that doesn't work you can try a Dremel with a cut off wheel to cut stud. If the pipe going to the manifold is going to be replaced cut the pipe with a Sawz-All or last resort a hack saw. Remove the manifold with the short piece of pipe. Bring every thing to a local garage or muffler shop and see if they can get them out for you. Although it is late in the year contact a local vocational school and see if they are interested in helping you .

Before cutting it I think you should try a grip-tite product like the sockets or box wrenches.

If you weren't using a box wrench before you should always use them for breaking loose stuck bolts because they contact more surfaces.

Weld a bigger nut on top of the stripped bolt, then slip a long metal pipe over an appropriate-sized wrench and try again. Soaking it overnight in some WD-40 will also help. Also try sharp taps with a hammer to "break" the rust.

Torch it. Just get a torch kit from sears or something. They aren't much. Or borrow one. Or go to the dollar store or Walmart and get a little torch lighter for like 5 bucks. It takes a lot longer, but same idea.

Usually at a shop they will heat bolts up with a blow torch and then they can hit it with an impact wrench, but the home mechanic doesn't usually have access to those tools.

So I went through this same ordeal on a Ford Windstar. I tried a 6 point socket, then a bolt remover, but neither worked. Then I got the Irwin Bolt Out from an auto parts store. It has a curve inside the socket that keeps digging and biting into the bolt head, which worked for me.

They were small 8mm heads so I couldn't use the Go2 Socket I found online. It is for 10mm and up. It works by clamping the head bolt down with a side bolt on the socket. 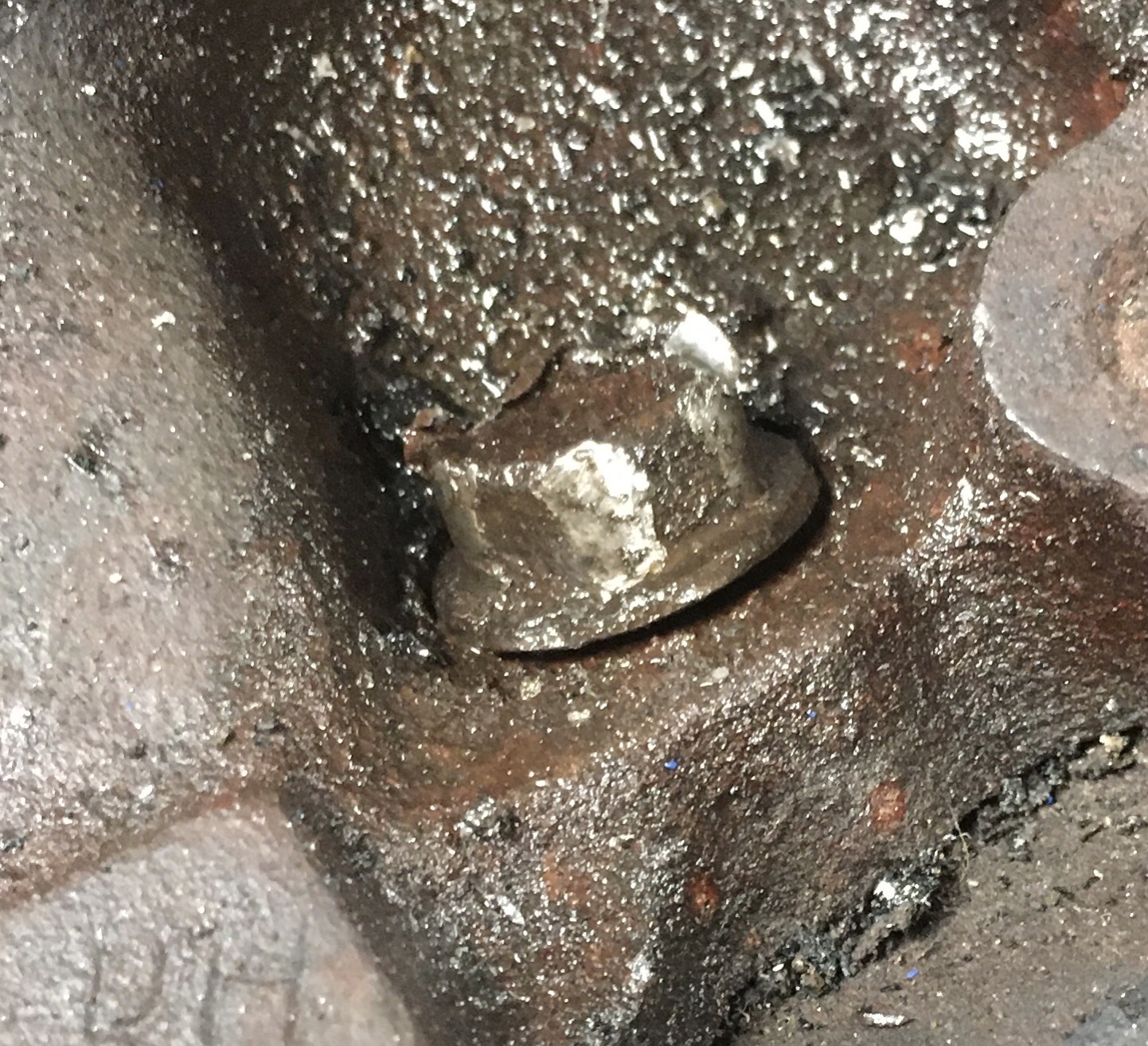 I just removed a stuck, hard to get to, rounded off bolt from a rusty 350 manifold using a trick my dad showed me many years ago using a chisel and 5 lb ball peen. Put the chisel on the top of the bolt head at an angle and whack it with the hammer to back it out of the hole enough to get vice grips or something on it. You have to chisel the bolt head straight on to get a bite at first before angling it. It was slow but worked great!

Not the answer you're looking for? Browse other questions tagged engine chevrolet exhaust tools stuck-bolt or ask your own question.

2
Rounded bolt head on possibly broken bolt
20
Seized nut & bolt - difficult to access
14
How to Remove Stripped Hex Bolts
4
Can I cut these two bolts to remove the exhaust manifold on a 99 Ranger
8
Can bolts become fused with an exhaust manifold? If so is it possible to remove them?
6
Broken Exhaust Manifold Stud - How to remove?
4
angle grinder versus sawzall
4
Removing rounded allen dome bolt
6
What socket fits the Catalytic-converter-to-Exhaust-manifold stud?