I have acquired this very used truck. It seemed to be able to run (albeit by burning transmission and coolant, but that's a different thread) but I wanted to ask if anyone could ID these wires? I could not find a port for them to attach to. It looks like they are coming off that thick cable of wires. 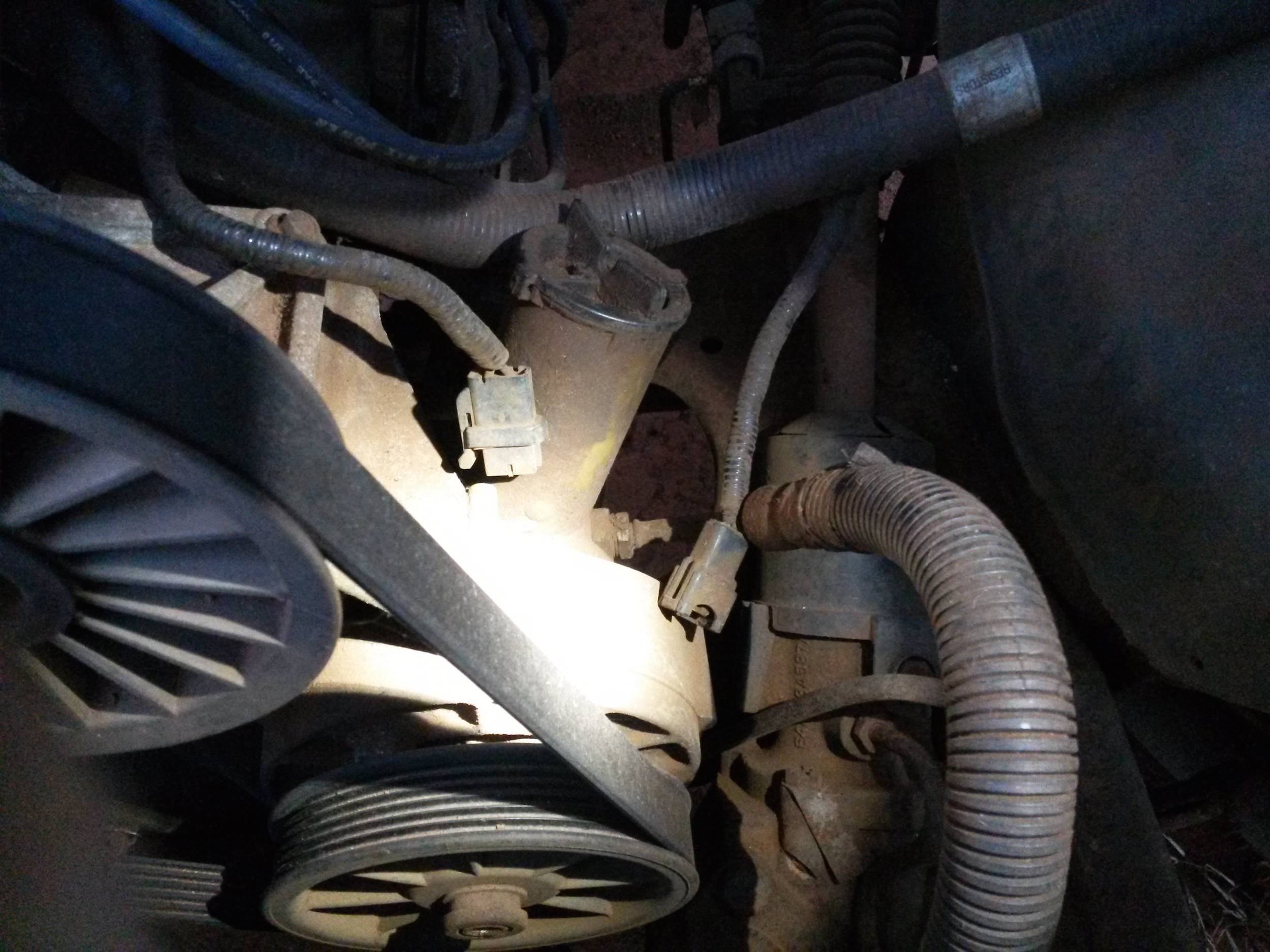 Two more pictures from this morning. 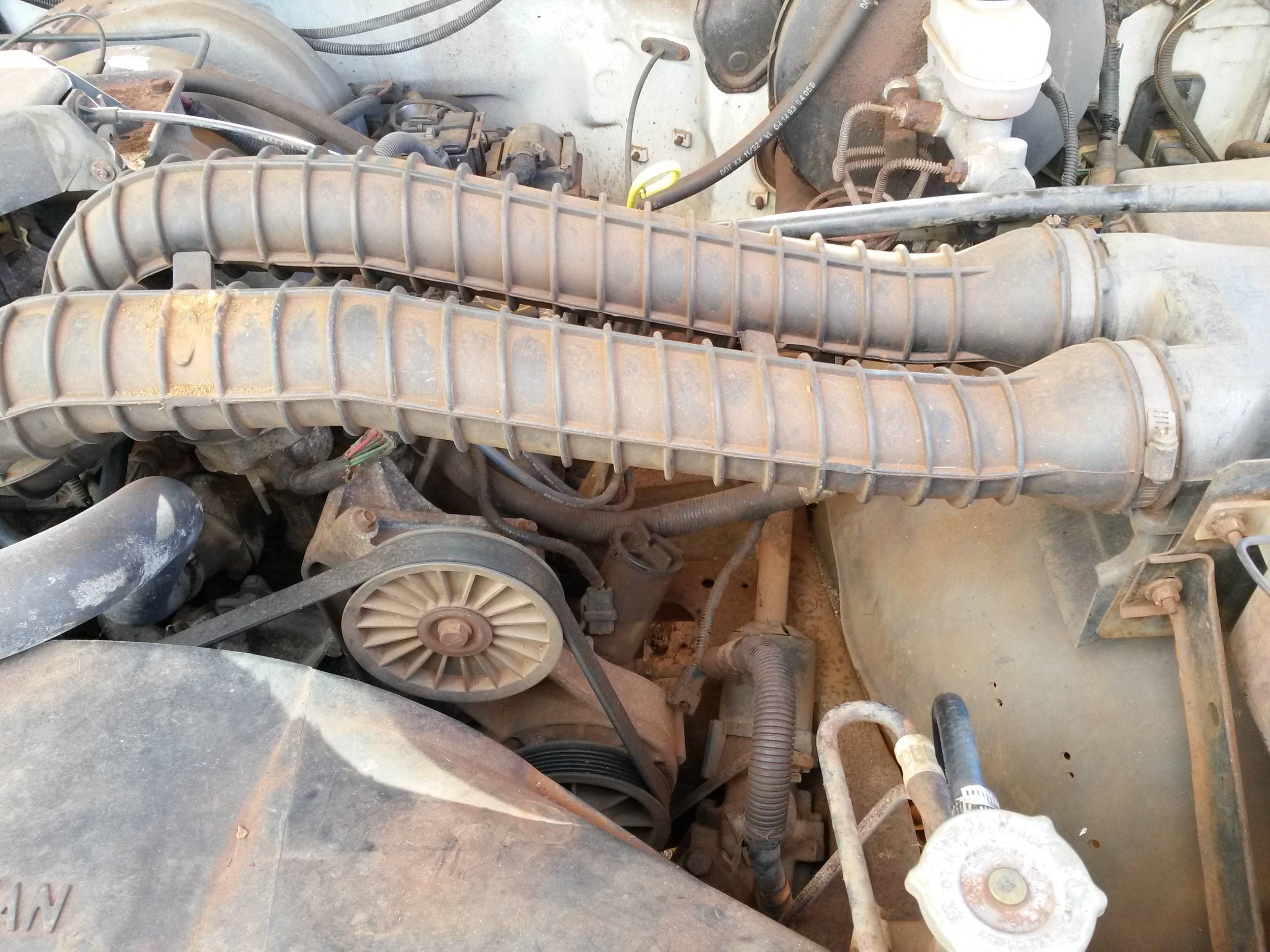 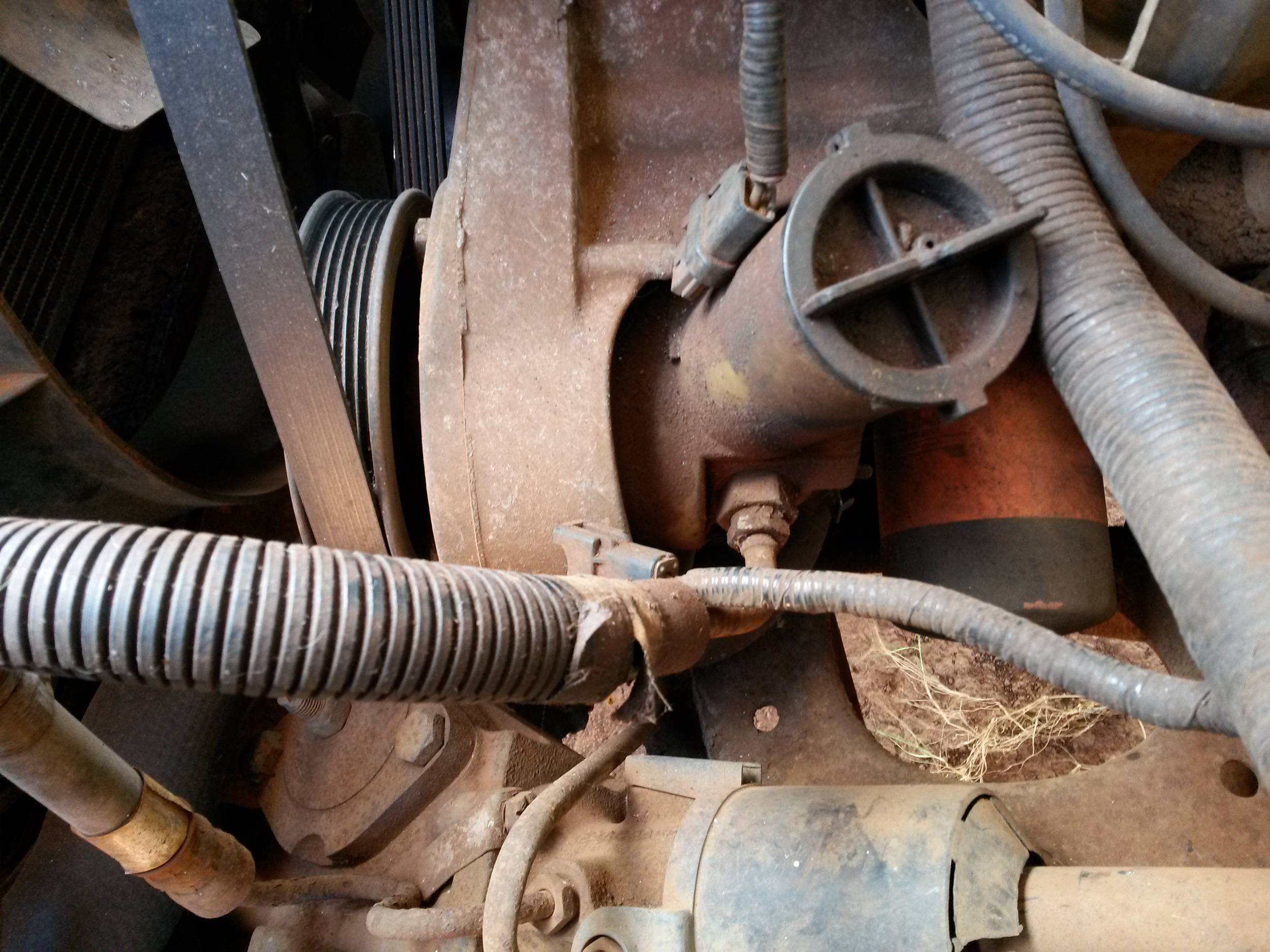 I think @Zaid is correct on the first one (A/C). The second one, however, I believe is actually the Power Steering Pressure Sensor (PSPS) Connector, which uses the same pig tail as the injector harness, but would account for the good running engine. (Motorcraft part number WPT372)

Looking at the new pictures, it appears the upper pulley replaces an A/C compressor (looks like no A/C in the truck ... this is called an idler pulley which just takes up the space of an A/C compressor so they don't have to re-engineer things), so the A/C plug would not be used.

Secondly, looking at the power steering pump (a new one from an online parts catalog) I see that there is supposed to be a PSPS on the pump (due to them offering one in the catalog), but I don't see a provision for it on the pump itself. You'd be looking for something like this: 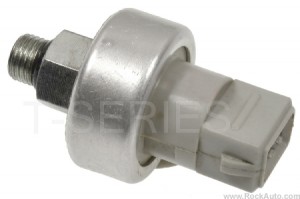 It may be since you don't have A/C in the truck, this vehicle is more of a work truck, which is designed not to have all the bells and whistles. It's just designed to do the job. If so, what happens is, they will only make one wiring harness for the full line of F-150 trucks which covers the use of an A/C unit and the PSPS, but sinse your truck doesn't have these, the plugs aren't connected to anything or just left hanging free. 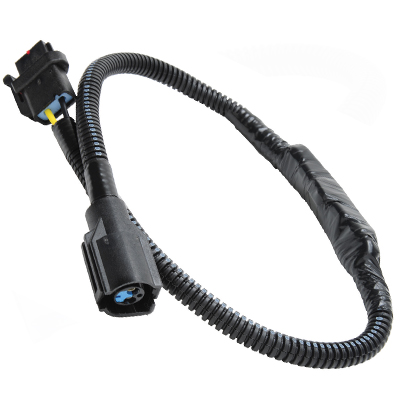 I'm speculating that the one on the right side of the picture is a fuel injector connector, a clearer picture from a different angle would help: 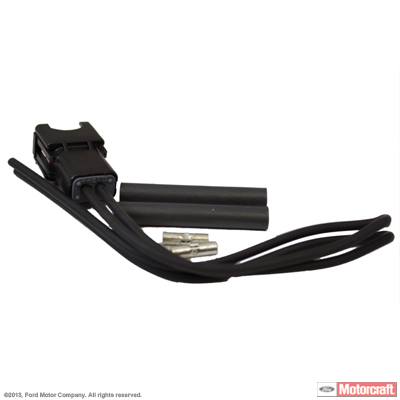 Not the answer you're looking for? Browse other questions tagged engine ford f-150 connector or ask your own question.