How to tell if sway bar end links and bushings are worn?

Are these toast and should be replaced? The top bushing looks exploded - but how about the others, how does one check? 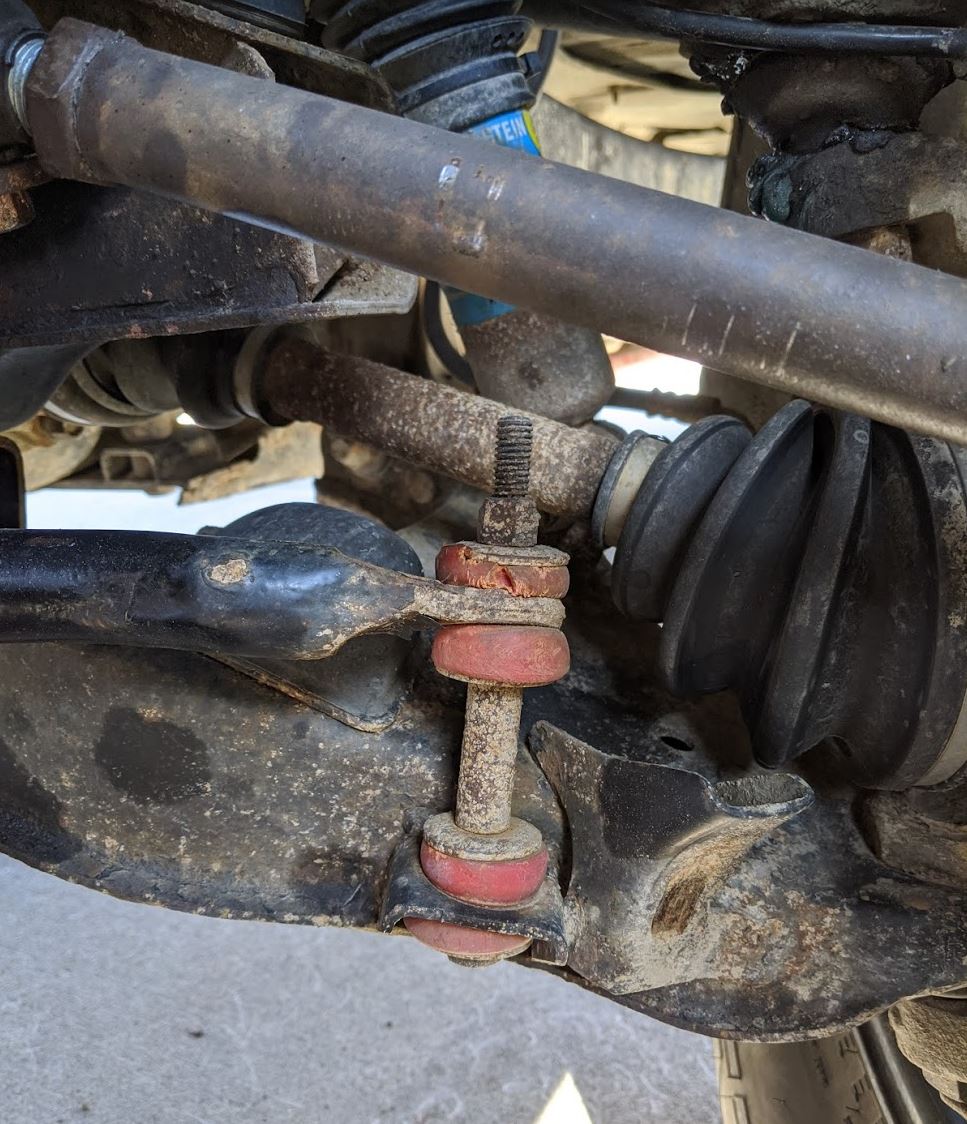 These have only been on for less than two years; but I was running some very worn tie-rods ends for a while, so I think that did a number on everything else in my suspension?

These do need replacing. As you suggested the top one is blown out (damaged, anyway). I doubt the reason was due to the tie rod ends, though. Tie rod ends keep the wheels going in the right direction. The sway bar helps to keep the vehicle level during cornering.

The reason these are worn out sooner than expected is because whoever put them on there, cranked the nut down onto the bushings and squished them. These should only be tight enough so there's no play. That means, tighten them up so there's no gap between the parts. You don't want to tighten them down until they squish, just enough so they start bulging at the sides. Look at how much thread is sticking out the top? That's a huge amount. There's a nylock nut on there for a reason: so it won't back off. It doesn't need to be tightened down until it stops (no more thread).

When replacing these, replace all of them. IOW: Both sides, top and bottom. Use all new hardware and new bushings. You shouldn't just replace a part of these. They aren't that expensive in the first place. Poly bushings look good, but when treated like this will wear out a lot faster than rubber ones will. Either way, when they are replaced, don't allow them to be cranked down so much.

Not the answer you're looking for? Browse other questions tagged suspension bushing swaybar or ask your own question.