I just realized in a public parking garage that my (new) car is pretty badly scratched. To the best of my knowledge, I didn't scratch, scrape or touch a wall/pollard or even a car. Is it possible to get a scratch like this from another car while being away? There seems to be green paint that was transferred from whatever object that was to my car. There are some spots where the green color can be removed only to reveal the black paint below. 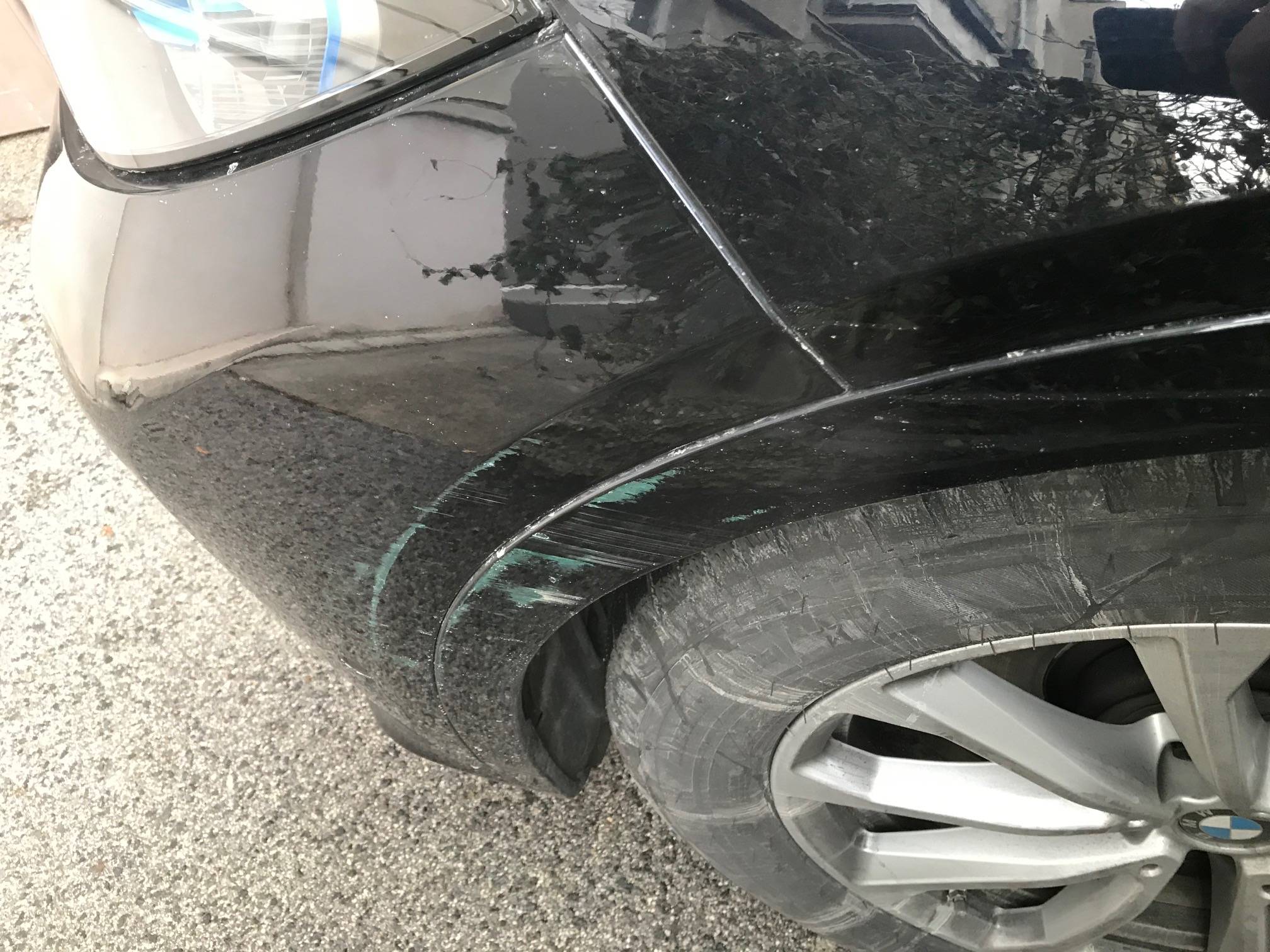 That is consistent with scraping another object but that may have been a wall, pole, post, fence, door, or another vehicle. Short of analyzing the paint to determine if its chemical makeup is similar to automotive paints (read that as expensive) you'll just have to assume it was done by someone else since you don't recall doing it.

Note that some of this may clean off with washing or light buffing.

This looks like a pretty severe scratch. It is very possible you can't fix that entirely by removing the paint over your black paint: some metal could be bent.

Guess what? That was not the only damage. I thought that because I hit a location that was plastic (bumper) and it was not cracked, fully knowing that plastic can't bend1, that it would be impossible there is some deeper damage. I was wrong. Later it was found that some metal behind the plastic in the other car was bent.

So, my advice would be to have the damage professionally inspected. It may be the case that some metal is bent.

Unfortunately, you may not be able to get this paid by the insurance, because you don't know who did this. It's a pretty large crime to cause that much damage and leave without leaving contact details, but unfortunately people do that all the time.

(1): Or actually, plastic can't bend freely like metal in infinitesimal amounts: it restores to its original shape. If you hit it hard enough, it may take an entirely different shape.

Not the answer you're looking for? Browse other questions tagged paint damage paint-scratches or ask your own question.

2
Fixing small scratches on the body paint
2
How to fix a door scratch?
4
Matting / Discolouration when spray painting car
2
How to do an amateur repair of a tiny ding on my almost new car?
10
How major are these paintwork & rust problems?
6
To remove this type of "hard, metallicish" sticker?
1
Parking damage-scraped wall or car?
1
Removing Running/Melting Substance From Car
1
Paint codes are approximate?