What would cause this 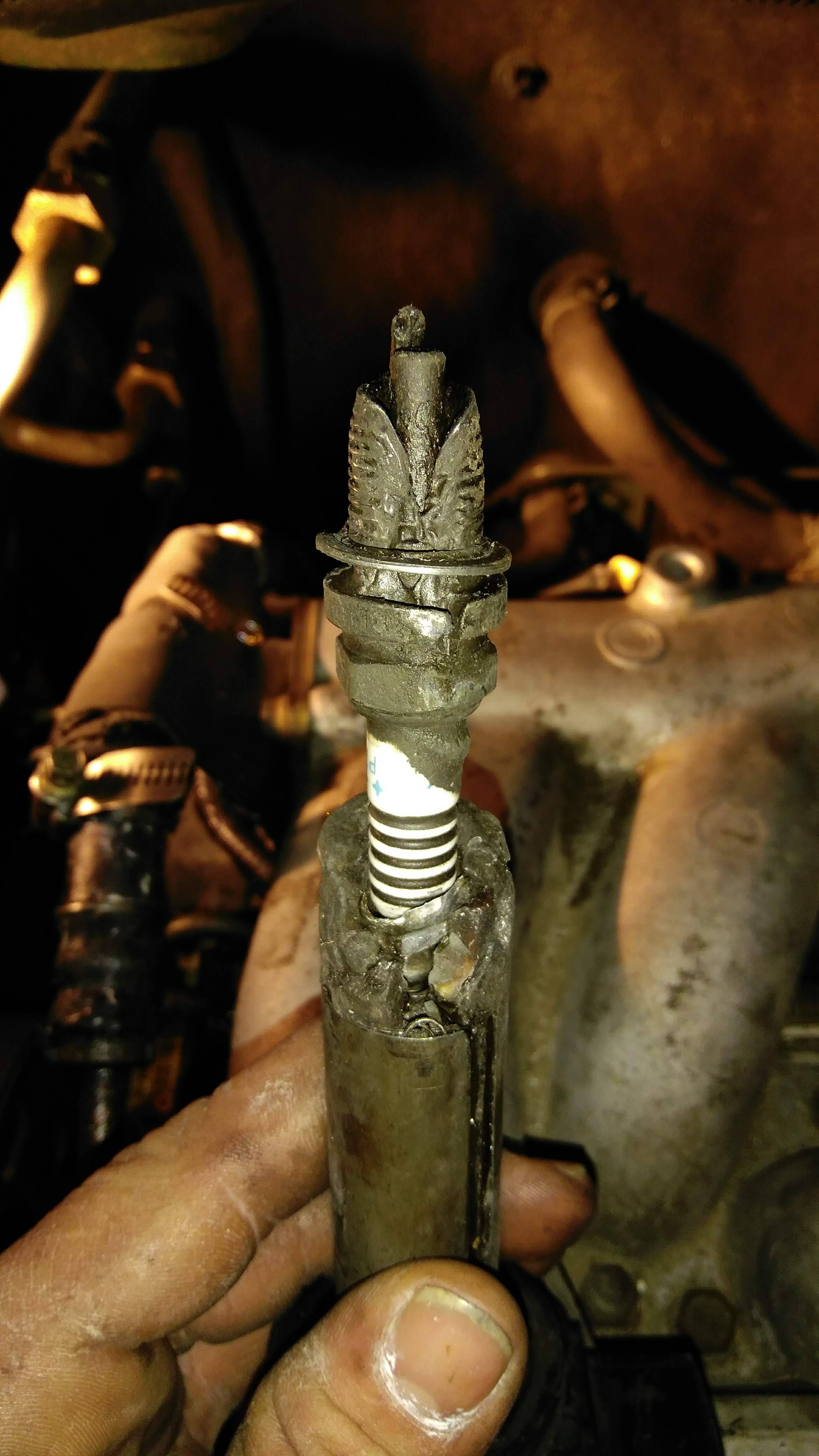 I've never seen anything quite that bad, even on Ford "Trident" modular V engines that were notorious for such things.

Either the plug was or became loose, and many miles of combustion eroded away a groove that later allowed hot gas/exhaust to melt the boot.

The fact it's down one channel suggests the threaded part of the plug may have developed or had a crack in the threads, which eventually provided an erosion path which digested the plug. Another possibility is a crack in the center electrode insulator, which caused the arc to jump midway from the ceramic to the steel side of the thread. The arc would find the shortest path to ground. Since the arc would be jumping to steel and not platinum, it would erode quickly. If you can clean the center electrode insulator carefully, you may be able to discover this crack.

Pure speculation, as that plug does not look like it would fire at all - which means there would be no hot combustion products along with a host of rough running, fuel consumption, and check engine light problems.

Make certain the vehicle has the right plugs. The wrong brand and/or heat range may have contributed to the issue. That Honda will most likely have come with platinum or Iridium plugs made by NGK as the OEM fitment. Denso and Bosch would work as well, but I would be very hesitant to throw in cheap 99 cent Autolites. Modern Asian OEMs use small electrode platinum plugs as a mandate. What parts store claim "fits", may cause a bunch of problems later. It's painful, because the factory Iridium plugs might cost 14-16 bucks each.

i have seen this happen on A track where nitro is being used . absolutly can melt the plug body from intense firing . also can damage the engine .. other than what i suggest the plug may have been faulty and just melted . either way the plug melted and has caused deeper engine probably piston big end damage.