Is it necessary to clean underhood relay and fuse box from dusts?

My Chevrolet Aveo 2007 got into a strange state where it cranked, but did not start. It also had P0340 (Camshaft Position Sensor Code). Since, I did not see stable 12V on the Pink wire to the Camshaft Position Sensor, then one of the users on this site suggested to connect Battery+ directly to the Sensor's Pink pin and to try to start the car then.

After doing as suggested, the car successfully started. And even more surprisingly, it started even after I removed the Battery+ wire and plugged sensor back into its designated harness.

Having said that, it seems that there was some kind of "memory effect" where "something" was preventing stable 12V to show up on the camshaft position sensor's pink wire. And that "something" disappeared after I connected sensor directly to Battery+ just for one crank attempt.

The effects visible on the Pink wire when issue manifested itself were:

While the car starts, I don't want it to run into the same issue again. Hence my question is - can battery caused corrosion dusts get into fusebox where relays and fuses reside and cause such strange electrical issue as I described above? If yes, then how? Or, perhaps, I should still look for the root-cause somewhere else?

As a reference here is picture of my underhood fusebox that show those cyanish colored spots that I plan to clean away. Note that the "Main relay" which supposedly is responsible to deliver stable 12V to the camshaft position sensor resides in the area most exposed to those dusts: 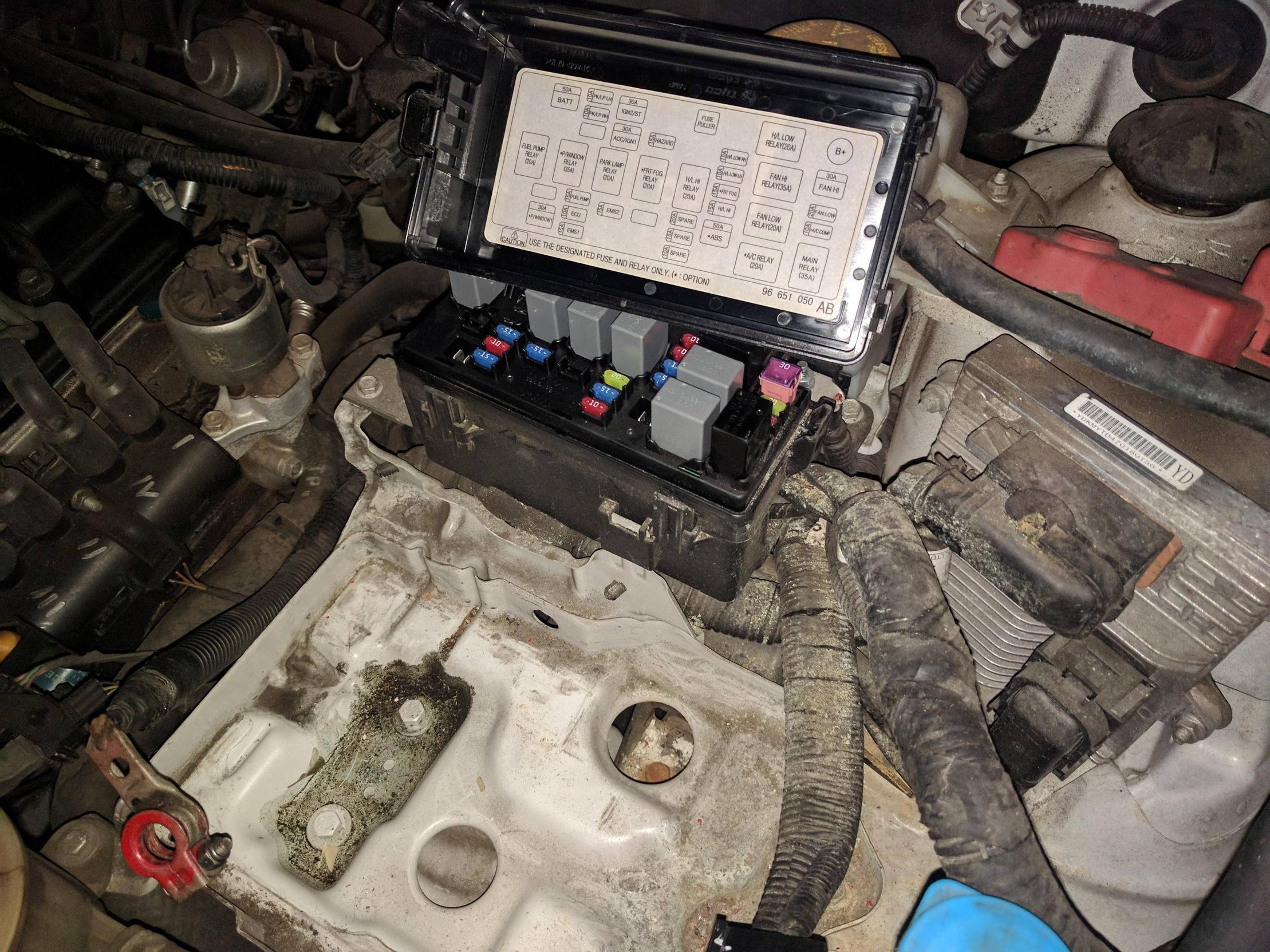 The car has had some other electrical problems that may or may not be related, like:

Browse other questions tagged electrical battery relay cranks-wont-run or ask your own question.

6
Do I need to replace a battery that failed once but now seems to be testing successfully?
5
Diagnosing fuel pump relay on 2004 Acura TSX
2
Vehicle Tracking unit to headlamp relay supply
3
Room Fuse and P1632 on a 98 Mazda 626 GF ( European )
2
How should Camshaft Position Sensor output look on oscilloscope?
5
Non-zero voltage on camshaft position sensor power wire without main relay. Is there short somewhere?
4
2012 Ford Fiesta - New Engine, Harness, Sensors, and PCM - Still Crank, No Start
0
Repeated Fuse Blowing and Battery Light
0
Why does a relay not short the battery?