Oil in air intake: is this a faulty breather valve or by design?

I noticed the other day that a component (breather valve) was not fitted properly (the clip that held the valve cover breather in place was sitting between the O-ring and the lip, instead of fastening the component to the top of the engine) and since have been trying to learn more about the PCV system in my car.

When I removed the valve I saw that there was a fair amount of oil in the pipe running from the air intake. 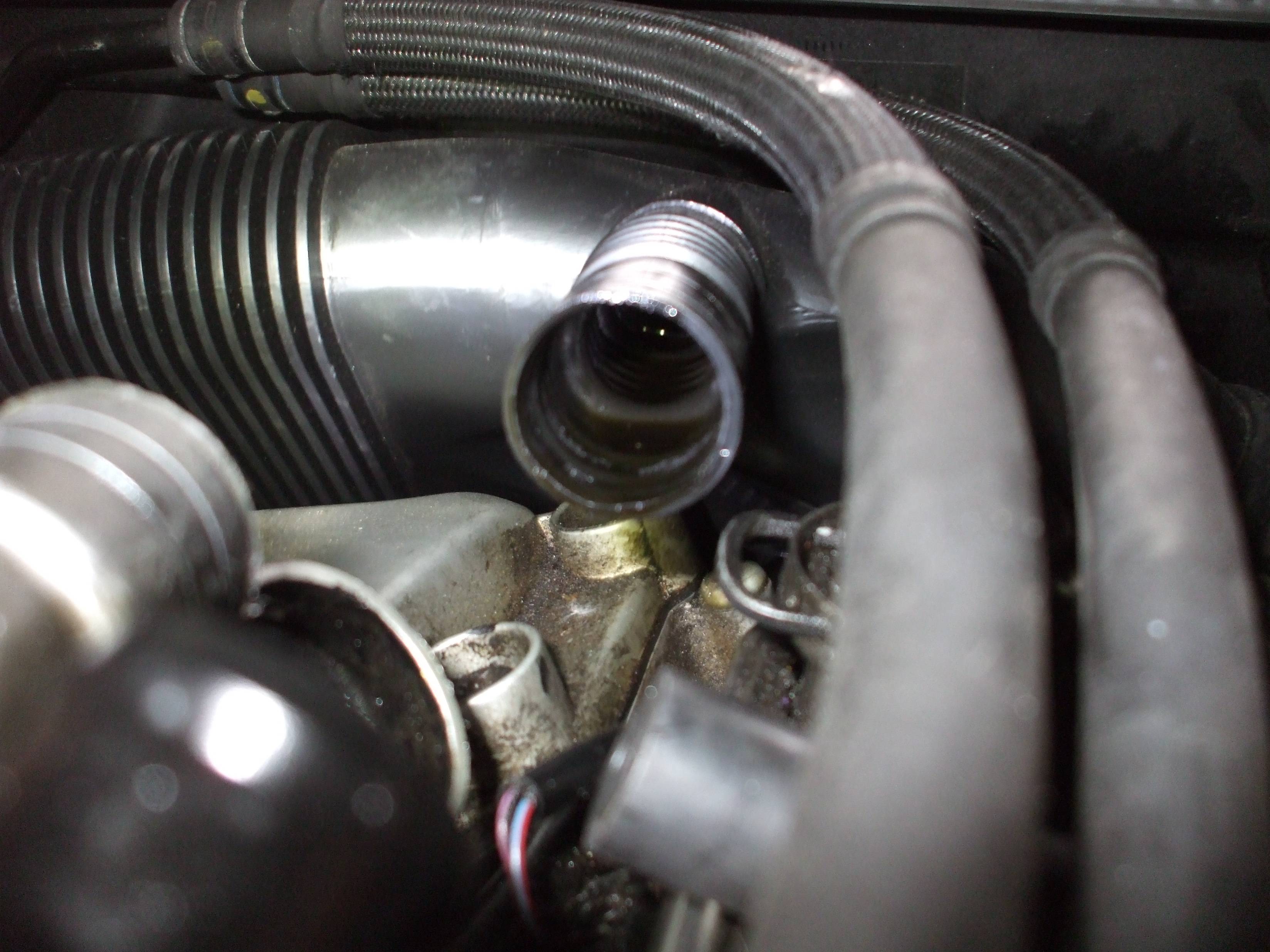 I believe this is a no-return valve, and my first thought is that it is meant to allow the clean air to flow into the intake manifold along with the blow-by when the pressure above the valves/in the crankcase is low enough, but prevent blow-by from entering the air intake when it is high.

Alternatively, there is the (very high) possibility I've misunderstood the PCV system in this car and in fact that valve is the channel through which the blow-by enters the intake manifold in which case it would be expected that it was filled with oil. 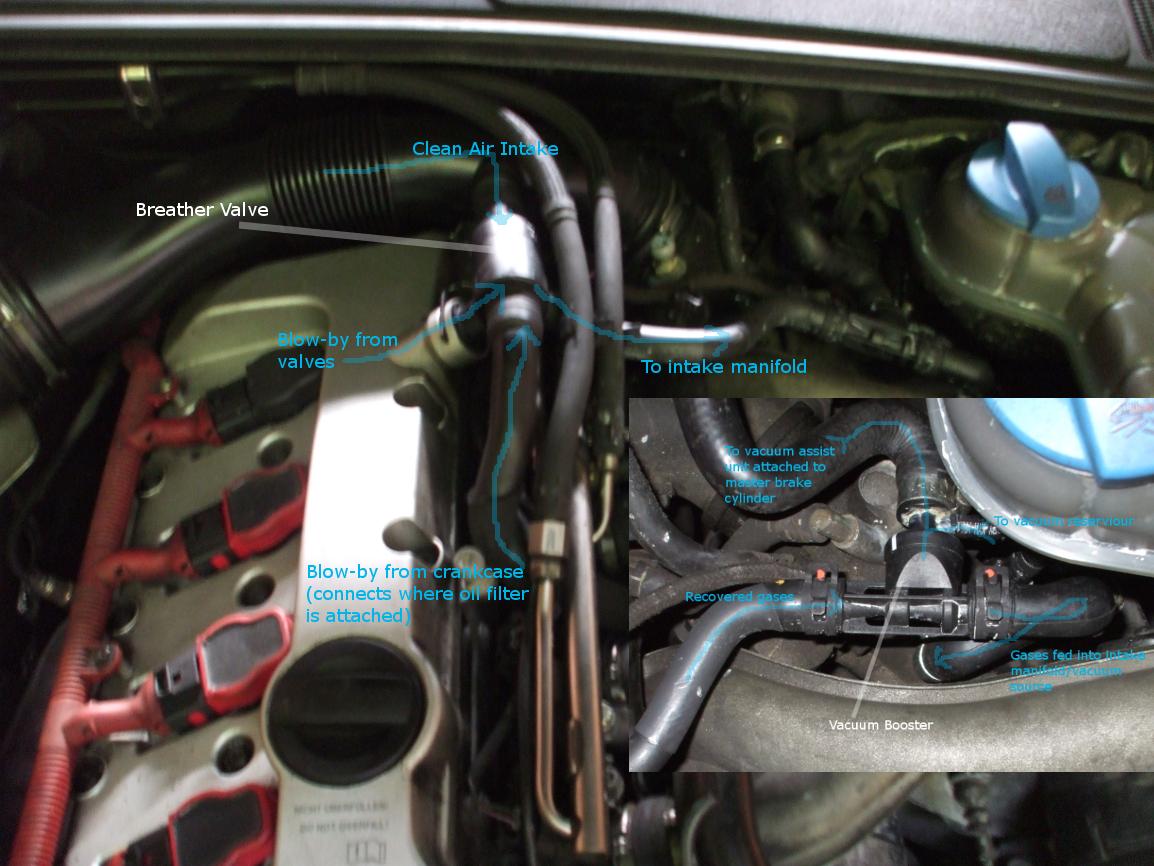 Whether or not it's right for your car, I can't say as I don't know anything about Audis. However, it's normal for there to be some (not a lot) oil in the intake of the cars I'm familiar with.

I'm curious to what you found by blowing into the valve. I recently replaced the crankcase vent tube which attaches to this valve. Upon disassembly, I cleaned out the oil gunk from the valve, but was able to blow into every hole with no issue. I'm assuming there should be some sort of diaphram in there, but not so on mine. What can you tell me from your experience?

Mine 2001 A4B6 2.0 NA , hasnt got that 'vacuum booster..' dunno why. But if any one part of the CVS is broken, I'd replace the whole lot of it. If its done 200,000kms its not a big ask from the car. Since you need to remove the alternator to get the bottom CVS housing iut ( cut it in 1/2 before removing) i'd also replace the complete cooling system, the rear flange & electric thermostat& hoses, since the alternators out. Its all the same plastic & breaks down at the same time. Not idling properly = CV System. Runs cold all of the time = thermostat. A days easy job on. Non turbo. 1/2 day if you have done it before. All the 'O' rings will be damaged expressly the rear coolant flanges, the inner ring crumbles & the O ring slips inwards & the thermostat housing breaks inside & the thermostat comes loose. You will never have to touch it again either.

Not the answer you're looking for? Browse other questions tagged audi pcv-valve or ask your own question.

11
Is the vent from the pcv valve back into the air intake really needed?
2
No check valve on valve cover
5
2001 Mercury Sable -- Rough Idle/High RPM and Transmission Leaks
5
Planning to fit an oil catch can into my car. Any problems with this setup?
2
What is this PCV hose connector near the throttle body?
2
Positive crankcase pressure in Astra H 2008 Z14XEP
5
Smoke coming out of oil fill port