What else should I inspect after repairing hole in intake hose?

I discovered a hole in my intake hose (2001 Honda Prelude SH, ~190k miles), downstream from the filter: 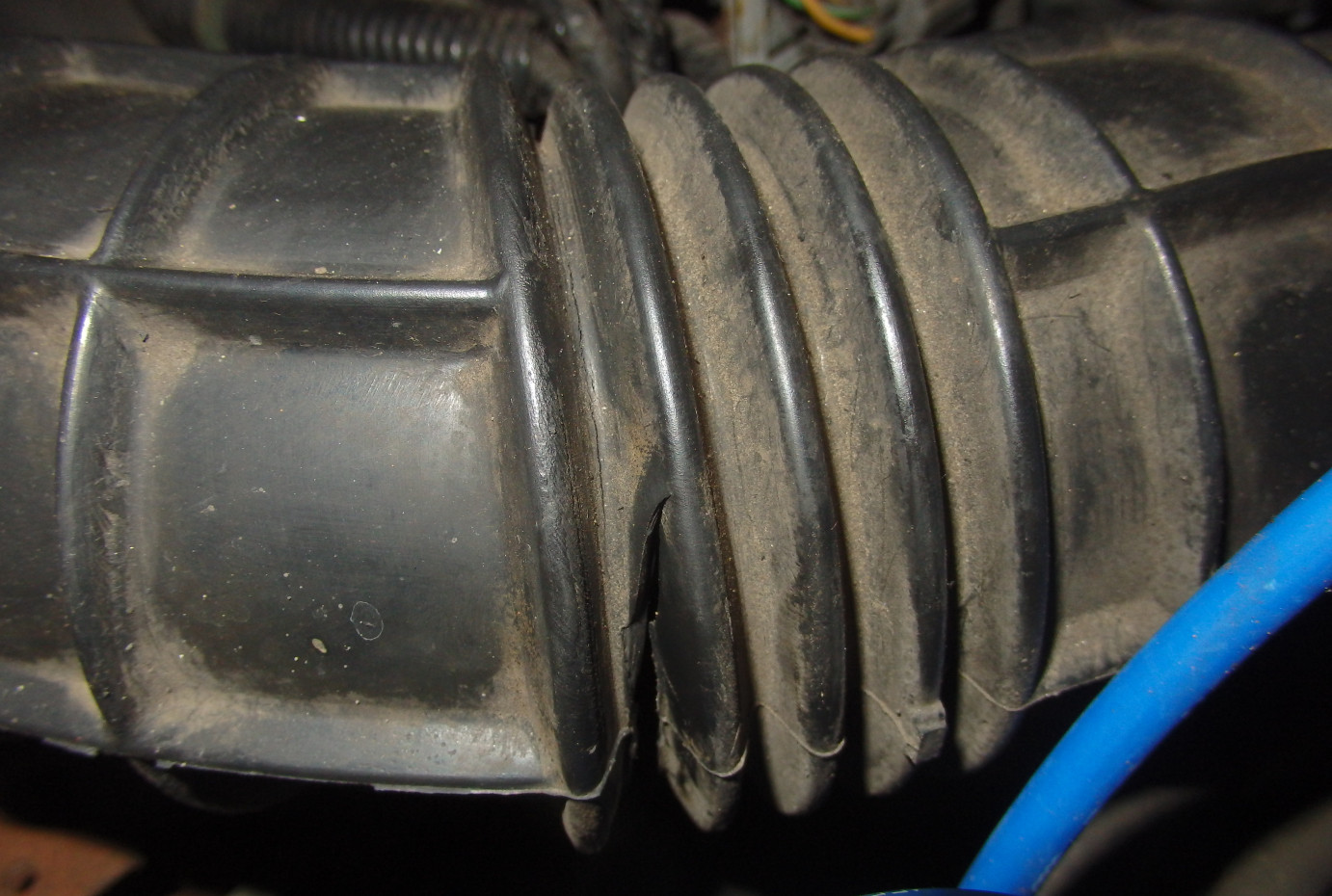 I've got a new hose coming and just patched it up with some duct tape in the mean time. I have no idea how long it's been there (could be anywhere from 1 day to 15 years old) or how it happened.

Given that this was allowing a small amount of unfiltered air intake for an unspecified (and possibly long) time, is there any follow-up stuff I should inspect for issues? E.g. should I pull apart the intake manifold and look for any excessive dirt / wear, clogging in hoses anywhere, etc.?

It's impossible to figure the damage from a little bit of unfiltered air, not knowing how long this has been going on.

The "good" news is there is little if anything you can do about it. Replace that accordion hose (it's a common failure) and change the oil. Hope for the best. Whatever extra wear has happened has happened, but I doubt it's much.

Some guys I used to race with ran without any air cleaner. I always thought this to be insane, but for an engine that gets rebuilt every season, it was probably the least of the abuse the engine suffered.

If you are very concerned, do a compression check if you think that will yield more information. However, bad news after that only points to a rebuild -- no amount of "checking for dirt" will help. I sincerely doubt you will be able to distinguish between just plain mileage and this common failure. Replace the hose and be happy.

3
after replacing icv,intake boot,valve cover gasket and return to stock air box from CAI,car will not hold idle 325i 1994
2
what the torque should be on my 2000 gmc 4.3 intake maanifold
8
What is this U shaped tube sticking off the intake hose?
7
What does a wet intake port (direct injection) mean?
3
Could taking coolant through the intake filter realistically cause permanent inability to start?
3
What do hood scoops do to prevent water being ingested in to the air intake system?
1
What is this part - air intake for Skoda Octavia