My 2004 VW Passat has an issue where the nearside rear door will not always open when the corresponding button is pressed on the car key. When the other doors are unlocked, the faulty door makes an unusual noise as if something is trying to move but can't. Apparently its quite common with VW cars of this age.

The rear nearside door now consistantly won't open, making replacing the door lock actuator (the part that is currently believed to be at fault) somewhat harder to replace.

The fact that you can hear some noise from the door with the inoperational lock is an indication that the wiring is fine.

There is a good chance that the door lock actuator has gone bad and needs to be replaced.

As you can see in the photo, on the lock actuator replacement part for my car door there is a plastic part (left) and a metal part (right). 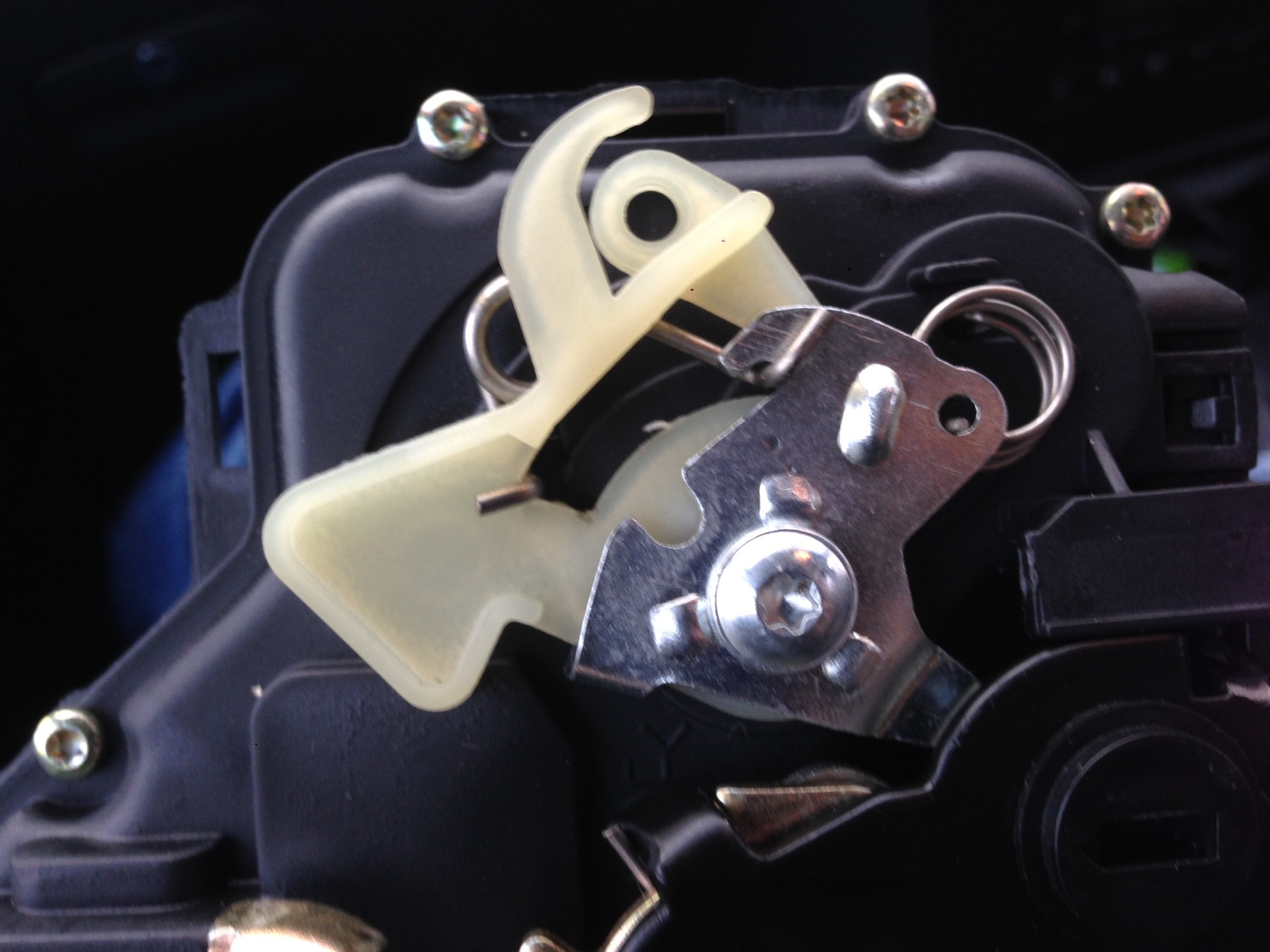 The common fault that I encountered with the door lock was that the plastic part was moving but the metal part was not moving fully in to the unlocked position, hence the door would not unlock. I needed to buy this replacement part.

The problem with my door was that it would not unlock via any means, be it by the key, interior handle or drivers door unlock button.

HOW TO REPLACE THE DOOR LOCK ACTUATOR

The outer part of the plastic handle comes off relatively easily and once you've done that there are only three screws holding the interior trim on the car. There are two in the handle (as shown in the image below), and one right on the bottom of the panel.

To remove the interior trim, gently lever the panel using a large screwdriver from multiple points around the circumference of the panel to release the panel from the small plastic clips that are still holding the panel in place.

Once you have got the panel off the door, the door should look something like this: 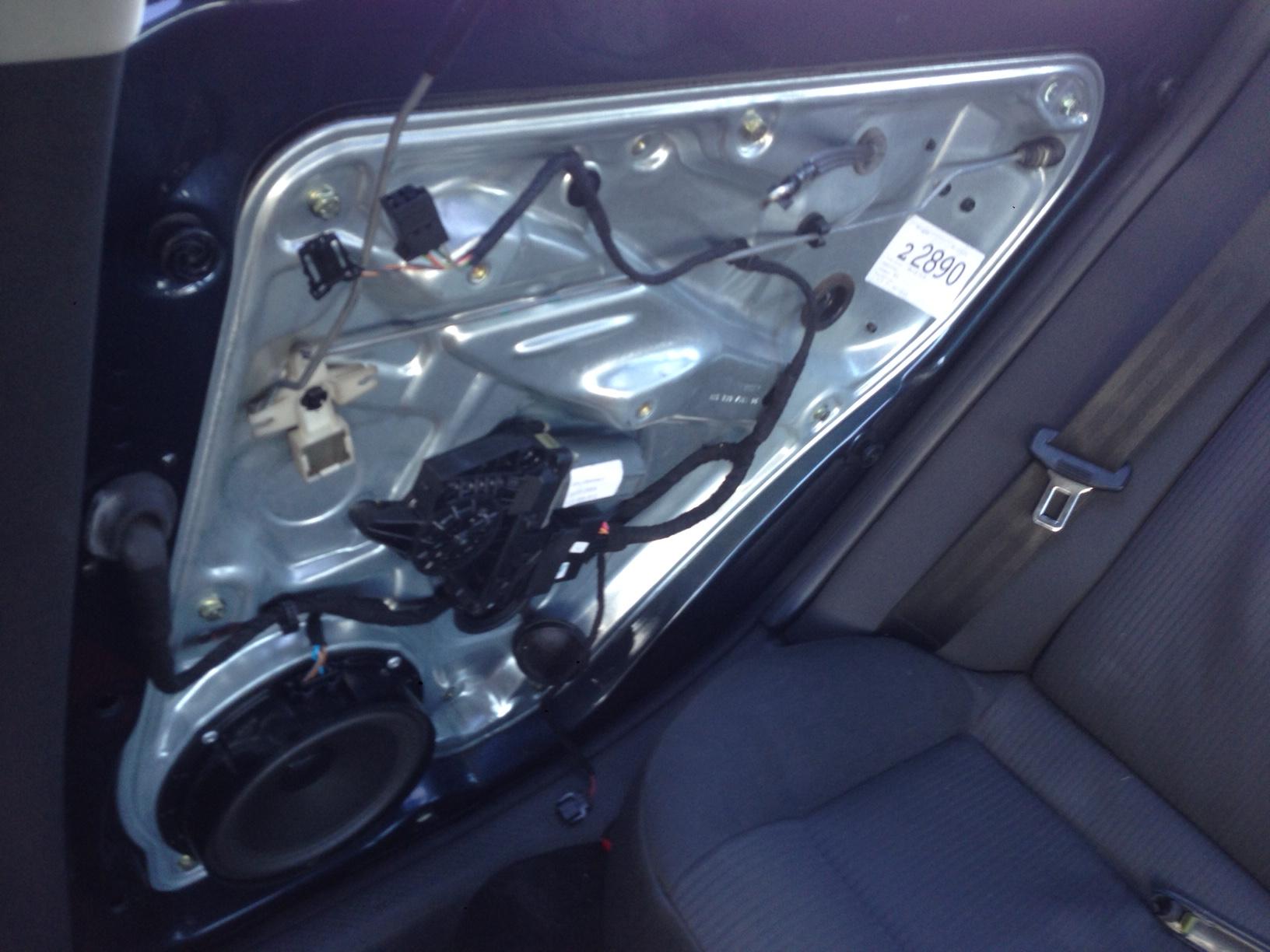 At this point I recommend that you disconnect everything you can. All the electrics can be unclipped and the short grey rod can also be taken off.

Now you need to take out the plastic pin that holds the glass window in its slider. Once you've done this you will be able to lift the glass up out of its slider easily. We used duck tape to hold it in place. If the pin on yours is stiff, just push harder. We had to use a lot of force to get it out as it was a very snug fit but be patient and it will come out eventually.

If you're door is still shut, you will need to force the door to open by moving the faulty lock in to the unlock position. This is quite a strong part, but is doesn't matter if you break the plastic part off it (as seen in the first photo) because you are going to replace it with the new one anyway when you're finished.

Just lever the lock up from underneath, as you can see in the photo below. 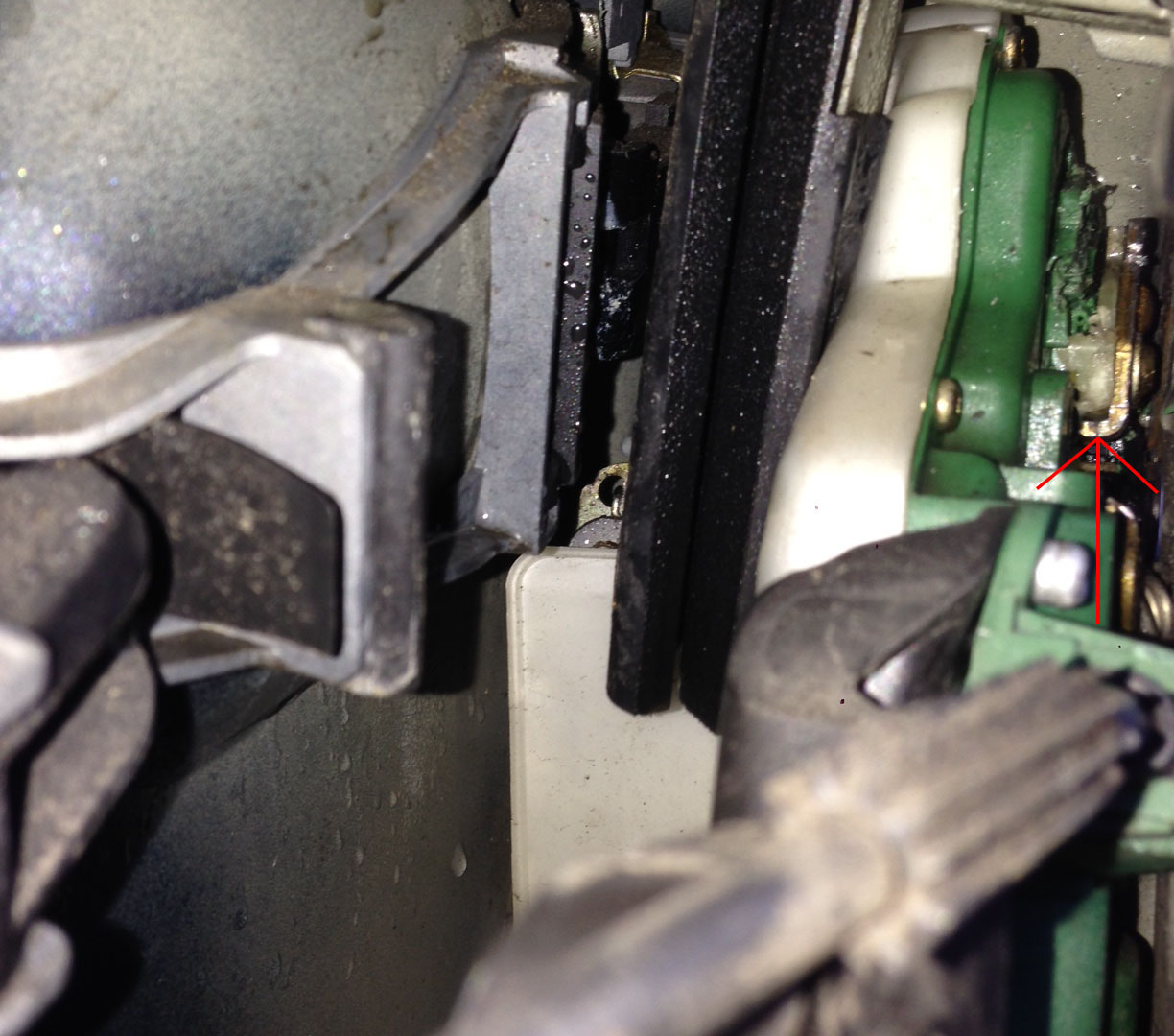 With the door open, here is a view of what the door should look like with the metal panel removed and the a lock in place. 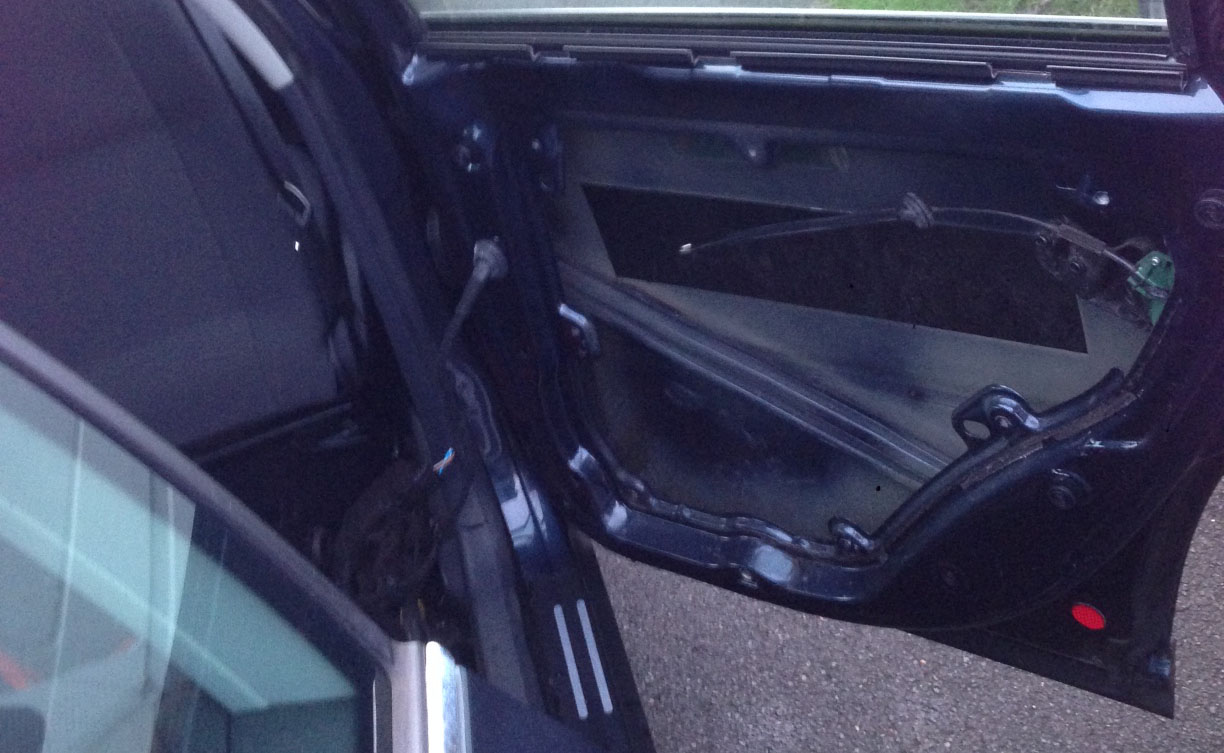 To remove the lock itself, there are another two screws holding it to the door. Unscrew these from the side of the door where the lock is situated, and it should then come straight out.

Now that your car door is open, you can fit the new lock in and put everything back together (which is literally just the exact reverse of assembly).

Now your central locking system should work as intended!

3
Automatic lock not working
4
2001 Mk1 Renault Megane Central Locking Drivers Door Release
8
How can I fix a key broken off in a door lock?
4
How to replace the door lock relay on Honda CRV 2005
4
Why don’t my non-driver door locks unlock?
0
VW Passat B5 1998 Eletronik issues
1
Driver side power lock and remote unlock/lock don't work