Mechanical part which rides upon a cam lobe and allows for the actuation of the lifter. Also known as a "tappet" and just "lifter"

This mechanical part of the engine follows the profile of the cam lobe and translates that motion out to the valve. This motion opens the valve so that air/fuel can enter a cylinder by the intake valve during the intake cycle and so exhaust can escape from the cylinder during the exhaust cycle. 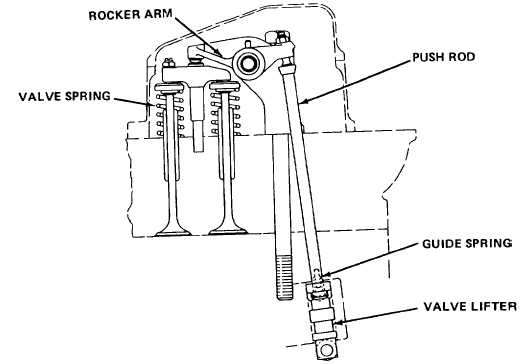 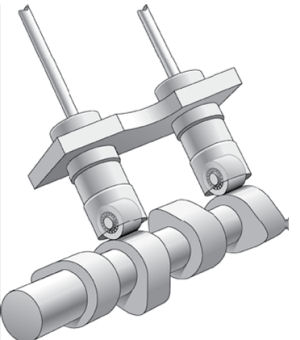 Lifters can be either hydraulic or solid (mechanical). Hydraulic lifters are pumped up using engine oil. This provides a buffer which provides cushion for the entire valve train, but can reduce performance, especially at higher engine speeds. At higher engine speeds, lifters can become what is termed "pumped up", which can cause valve float and possible engine damage. The solid lifter is just what the name implies: It's solid. In order to overcome the nature of it, you need to lash the rocker arm, or leave space between the rocker arm and the valve. If there isn't any space, the valve will not close entirely during operation, which will reduce performance. The solid lifter can allow for much higher engine speeds before valve float occurs.

A lifter can also be a "flat tappet" or of the roller variety. Either of these can be solid or hydraulic. A flat tappet lifter body has a machined face which rides directly on the cam eccentric. A roller lifter has a separate roller piece attached to the base of the lifter which rolls against the cam eccentric. The roller lifter has a lot of performance advantages over the flat tappet, though is more expensive in initial cost.

Why do valve lifters get stuck? How come they unstick by themselves?

Can you change HP by adjusting valves?

Replace lifter without removing heads or engine in 2000 Mustang?