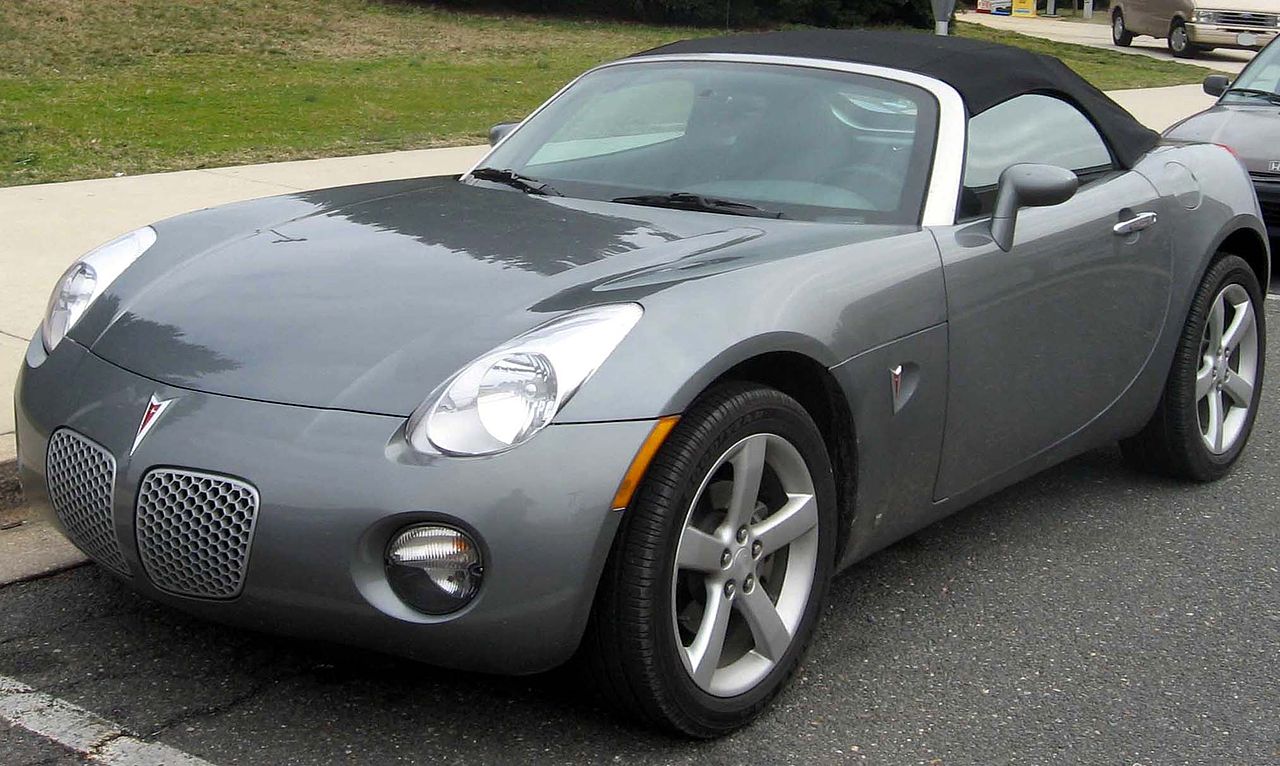 The (General Motors) Pontiac Solstice is a small 2-seater sport car design. It shares it's platform with the Saturn SKY and Opel GT. It's production run was from 2006-2010, though only 30 vehicles (to include all variants) were produced in 2010 before production was shut down. These last vehicles were used as corporate and evaluation cars, then later sold at auction to the public.

The Solstice came with two ecotec engine options: 2.0L and 2.4L. Both are inline four (I4) cylinder, Dual Overhead Cam (DOHC) engines. There was also a 2.0L twin-scroll turbocharged version for the GXP (2007-2009) which produced 260hp/260lb-ft, which at the time was the highest horsepower to cubic inch displacement motor GM had produced (2.1hp/ci).

THAT Solstice - What causes an exhaust back-fire?