An expendable (single-use) electrical component that safeguards an electrical circuit by melting or otherwise interrupting the flow of current if the current exceeds the designed limit. 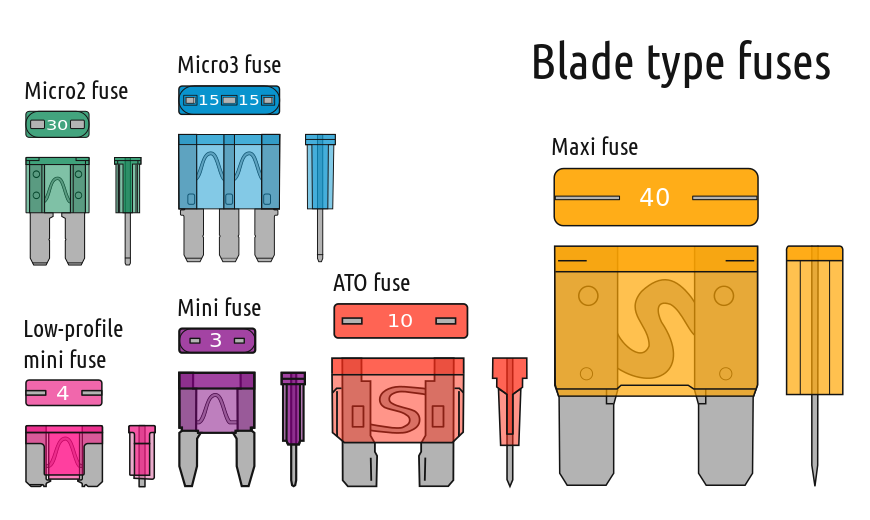 A fuse is a component often found in electrical systems that acts as a safeguard for the electrical system of a vehicle. The primary purpose is to protect the wiring and components of a vehicle from damage. Typically, automotive fuses have two blade connectors and a plastic housing that contains the conductor which reside in a fuse panel (see the fuse-panel tag). There are other types of fuses, such as fusible links, which are in the wiring itself.

Fuses contain a conductor which is sized in such a way where it has a specific melting point that is lower than the wiring it is connected to. When electrical load is created, which will heat up the wires, any unsafe load cause the conductor to melt, thus interrupting the electrical circuit. Blown fuses must be replaced in order to re-establish the circuit.

Should I replace fuses as a part of regular maintenance?

How can a fuse drain a car battery?