Functionality of buttons on keys.

I recently purchased an old BMW 318is (1994 model, so it really is old) and received two pairs of keys. 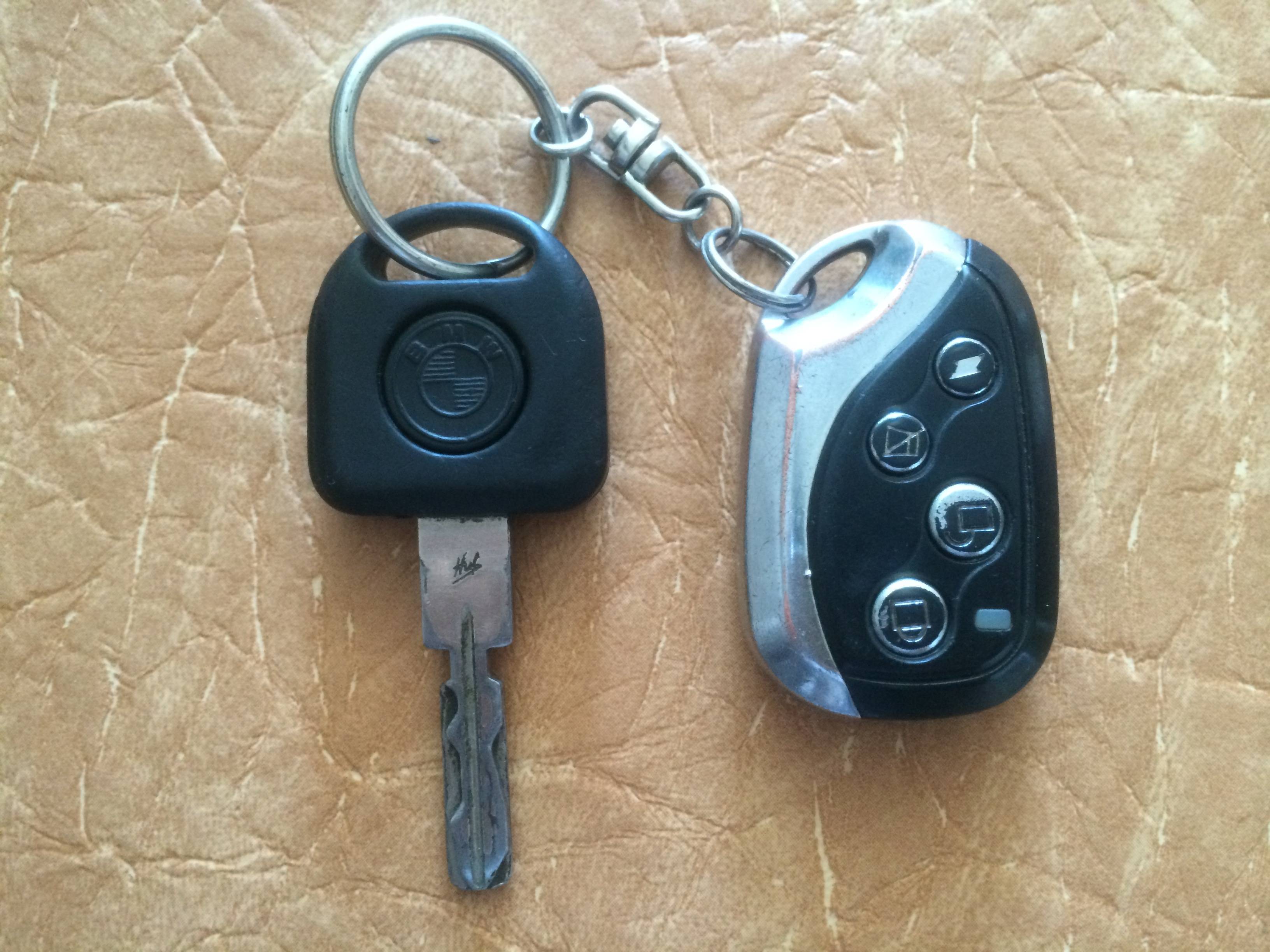 The keys come with a silver and black pad that has 4 buttons on it. I'm not sure what each button does and some guidance would be appreciated. As far as I can tell the opened keypad button is to disable the car's immobiliser and that's as far as I've gotten.

The key itself has a button on it too but it's broken. What does the broken button do and is it worth repairing it?

p.s. Googling for the keys didn't yield a single photo of the same keypad.

I would leave this as a comment, but I cannot.

The button on the BMW key is a light. There should be a bulb visible next to the metal key section. To open it up, press the button and slide the inner assembly out. You should see the battery, bulb and contacts.

As for the aftermarket fob, I would agree with Juann Strauss that the buttons are lock/unlock and arm/disarm the alarm - but this is purely a guess without knowing the brand or model.

Not the answer you're looking for? Browse other questions tagged bmw key fob or ask your own question.

1
BMW 330xi car keys dead
2
Replacing keys for 09 Malibu
5
Can valet keys get wet?
0
Are there replacement RF keys?
1
Is there a way to invalidate “old” keys on a Toyota Corolla 2013?
0
Peugeot fob buttons central locking not working
0
Move chip from old key to new BMW E46
0
Key buttons not working
10
What is the most cost-efficient solution when door keys do not fit ignition?