I am installing a phone kit in a Toyota Avensis '02. I am trying to get a cable through the firewall to the battery and I'm having difficulty. I saw someone on YouTube getting power from under the dash but I thought this was a bad idea, as you'd not know what fusing was on that particular line and might overload that fuse and maybe blow something important. Am I right and should I take power directly from the battery? Or is there some way to get power from under the dash safely? If not, has anyone any tips for getting a wire through the firewall/bulkhead?

electrical toyota avensis
Share
Improve this question
edited May 5 '14 at 1:38

You can draw power from the fuse box by using a blade which looks something like this: 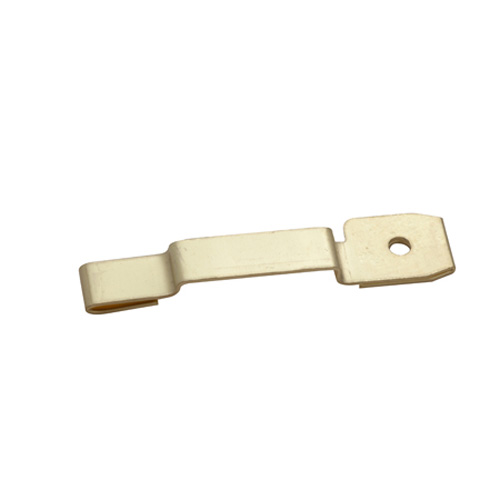 This adapter fits on the blade of an existing fuse. The left side is the part that the fuse fits into. The right side of this is used as a blade for the connection. The only thing you need to remember is this adapter needs to go on the POWER side of the fuse, so you are not using the fuse for the link, and then put an inline fuse before the power gets to your device. An inline fuse can look like this, but there are many variations: 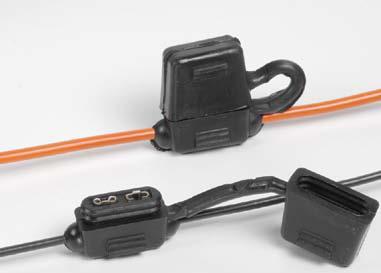 Also, depending on your vehicle, there may be other power sources at the fuse block which do nothing but provide power. You can pull power from these directly without fear of disrupting other power needs, just remember your inline fuse to protect the equipment you are trying to power.

EDIT: As for getting power through the firewall, in most vehicles there are already wires running through the firewall (I say "most ... more likely "all", but don't want to be all inclusive). You need to find where they are located at and utilize what is there. You can usually poke the wire through the middle of a group of wires, if there is a rubber grommet which is used to seal the hole in the firewall. I still believe utilizing the fuse block to grab your power is by far the best/easiest option here. IMHO, running spare wires to the battery not only clutters the engine bay and looks ugly, but this usually leads to problems later on with shorting wires, etc., causing hard to trace issues. The only time I would run power directly from the battery is when I have something with a high amperage draw, like a stereo amplifier.

To get power from under the dash safely, you first need to identify what each wire does - Most workshop manuals will have a wiring diagram in the back that will have a colour code listed for each wire.

For aftermarket accessories like that, the best feed to use is usually the one powering the cigar lighter socket. This is usually ignition-switched, so it will go off when you turn off the engine (except, for some reason, in French cars...). I've not come across the little gizmo Paulster2 shows above, but that looks like quite a useful method, providing there is room to use it safely. If I were using one I'd want to insulate the middle part of the bar though, in case anything came adrift and shorted...

As Paul says, be sure to use a suitably-rated fuse in the feed you add, and to use a suitable earthing point. Don't do what one of the previous owners of my current car did, which was to shove a 3-way lighter-socket adapter up behind the dash with their phone and satnav chargers taped into it!

Not the answer you're looking for? Browse other questions tagged electrical toyota avensis or ask your own question.

8
When I drive my car through a puddle the power steering goes out
3
Honda Civic 2002 - Car won't start; electrical system issue suspected
6
Boat Not Getting Power to the Starter Motor
4
Suzuki Marauder gz125 fried wiring on ignition/starter circuit
3
What kind of wear does a spark plug cable go through?
14
'09 Chevy Malibu - No Crank, No Start - Heavy Troubleshooting Already Completed
0
Electrical issue - Honda
3
Power cable in 02 Chevy Suburban - where does it go?
1
How to control the service lights in my 2014 NV200 Taxi without a taxi service device?