My Volvo 850's dashboard lights and instrument lights for the radio and A/C are not working properly. This happened two nights ago when I was driving, everything just went dark. The lights in the car worked, and so did the radio. After a few hours, the lights started working again.

Then last night, the lights went out again while driving at night. I checked the fuses and there doesn't seem to be a problem. This morning, I went to check the lights and it's all back to normal again. What could have been the problem?

It's probably the dimmer. To the left of the instrument cluster, next to the driver's side air vent, is a light dimmer slider. When they get old, they get finicky and the car thinks you have the dimmer set to "0" when they malfunction, so it thinks you want to turn off all the instrument lights.

The problem is the slider mechanism which is these 3 tiny prongs which are supposed to ride along a metal strip and they have a very gentle spring which is supposed to hold them against the strip. It is very difficult to repair this mechanism.

What I did is just remove it from the dash, stuff some paper towel in there to force the prongs against the contact in the max position.

Alternatively, you can replace the whole thing by buying one off eBay: 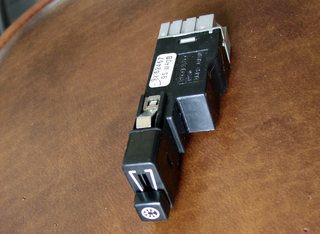 Not the answer you're looking for? Browse other questions tagged volvo lights 850 or ask your own question.