Should I be concerned about a bent metal bar on the underside of Ram Promaster City?

Today while driving around sunny Tucson, a javelina met an untimely demise at the hands of my 2018 Ram Promaster City. It was a bit of a strange collision with me essentially just driving over it at around 25 or 30 MPH. I pulled into a lot nearby and looked under the car as much as I could as it sits fairly low to the ground.

There's a small amount of damage to the rubber sweep under the front bumper, but there is also what appears to be a bent bar further behind that. It seems to mount on either end, sort of close to each front tire and runs horizontal to the ground. I've attached a picture in the hopes that it'll make clear what I'm trying to describe. The angle is from the front of the car with the camera aimed towards the rear. 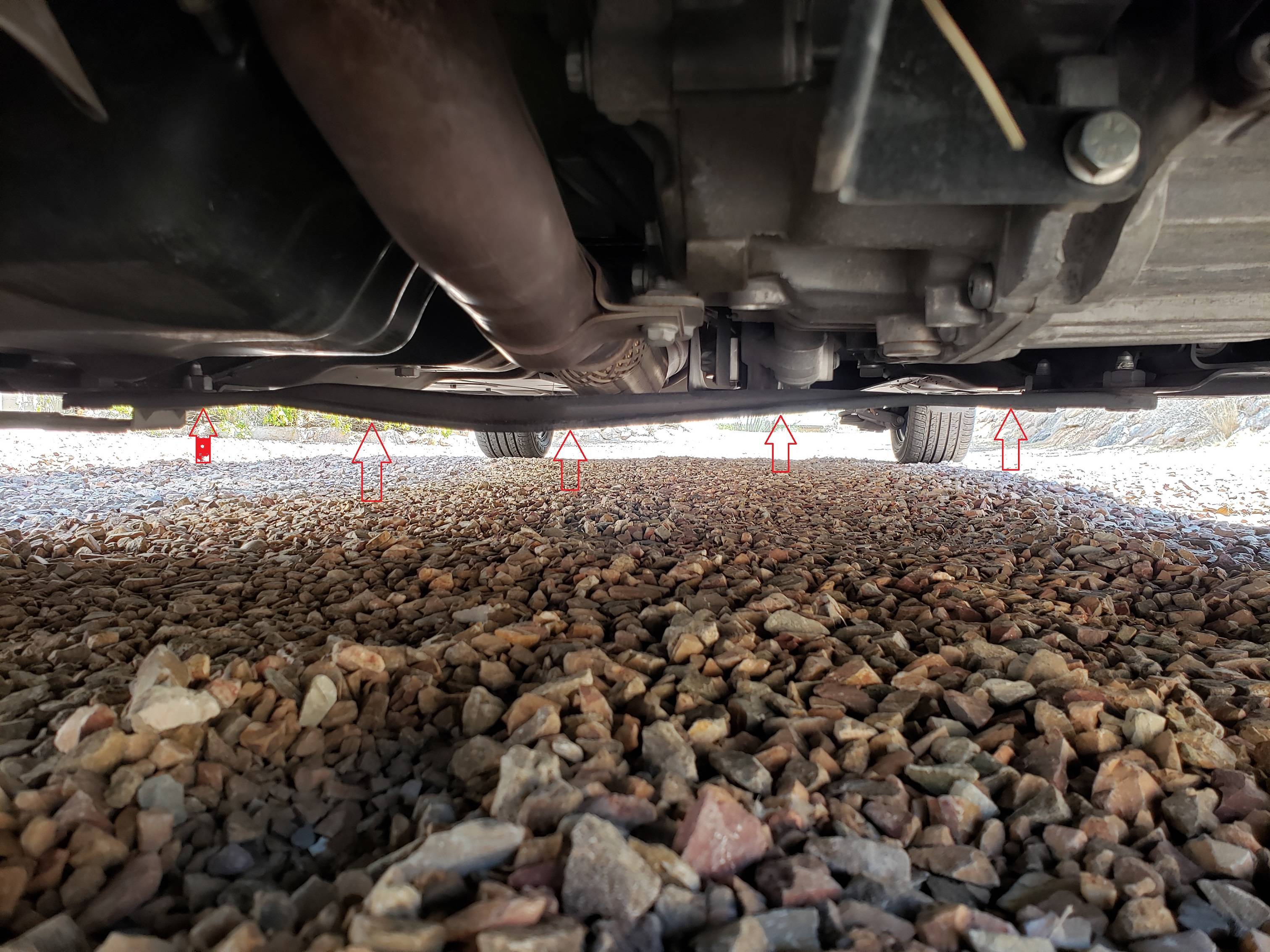 I didn't see anything leaking or anything else particularly obvious but I'm not particularly knowledgeable when it comes to cars. (Probably obvious on account of the fact that I don't know what the part that appears bent is called.) I don't regularly look under my car, so I'm assuming that it isn't typically in that shape, but I really don't know. I couldn't find any helpful pictures of the undercarriage of a promaster city online.

Is this a safety concern? What is that part called? Would replacing it be as simple as getting the part and bolting it back on at the ends?

Thanks for any and all help.

It's not a safety concern, other than the fact it sticks down further than what it should normally, which means you run the risk of it hitting something.

Replacing it should be just as you describe. Unbolt the old one and bolt in a new one. You just need to ensure you've got the fasteners are tightened properly.

If you are wondering, I believe the bar is there to tie both sides of the vehicle together from underneath. It just provides some extra support and stiffness for the vehicle. That it is bent should not be an issue, other than what I've said.

Not the answer you're looking for? Browse other questions tagged safety damage ram postmaster-city or ask your own question.