How harmful is it to not put oil in spark plug hole of a stored small engine?

The user's manual says these about storing the generator:

I will also be doing this, which this generator's manual does not have but many other brands of generators to have this in the manual:

The main problem I'm having is that the spark plug access cover is way too small. It seems very awkward to even remove the spark plug wire, not to mention fully removing the spark plug. Perhaps the generator was designed by someone with really small hands. So I thought that I might want to skip this step.

How harmful is it if I don't put oil in spark plug hole of a stored engine?

I can imagine at least two problems that might occur:

What is the primary reason for the advice about oiling the cylinder walls? Is it to prevent rust, or is it to ensure good lubrication when the engine is started after long storage?

The engine has splash lubrication (no oil pump, no oil filter).

It would be best to follow the instructions in the manual. Adding oil does protect the cylinder from rust and also ensure lubrication on first start after a long period of storage. My John Deere lawn tractor manual says the same thing for storing over the winter (5-6 months). There would be some wear on the cylinder wall and piston rings if you did not add oil to the cylinder and the amount of wear would be relative to how long the generator was stored between starts so it would be difficult to determine.

Since the space to access the spark plug hole is tight you might want to use a flexible tube and syringe see below. 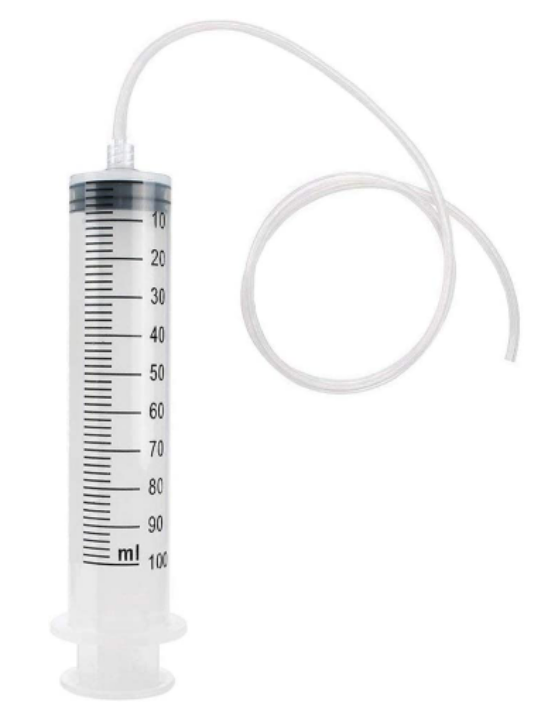 Not the answer you're looking for? Browse other questions tagged oil sparkplugs small-engine long-term-storage generator or ask your own question.

4
Oil leaking from spark plug socket
3
Bottom piece of spark plug broke off in motorcycle engine
9
Follow up question on spark plug heat range
8
How long would pouring a little oil into a spark plug well take to stop a car starting?
6
Rough idle + slow acceleration + engine dying after spark plug change
4
Should I use lubricant or not when installing these spark plugs?
3
Metal object in spark plug hole
0
Lawnmower Engine (Should the spark plug hole expel a black residue?)
4
If I start a previously unfueled small engine, do I keep choke on for first pull only or until it starts?
5
How many minutes to wait after turning off small air-cooled engine before oil change?