I have noticed that people frequently choose the GSX-R front end for a front end conversion on old bikes to improve handling and comfort. The GSX-R was produced from 1985 through the present, and I'm assuming front ends went through major changes as technology improved. I have found various pieces of information scattered all over, but I can't find what changed on which year, and what those improvements would mean for someone choosing a front end. Can someone list which changes were done in which year, to assist modifiers in selecting an improvement that is appropriate?

All GSXR Models have the 'standard' forks with an anti-dive unit mounted on the slider. The anti-dive unit was actually an adjuster for compression dampening, closing off oil orifices in order to give the front end a 'stiffer' This concept first showed up on the 1985 GS 1150 models. 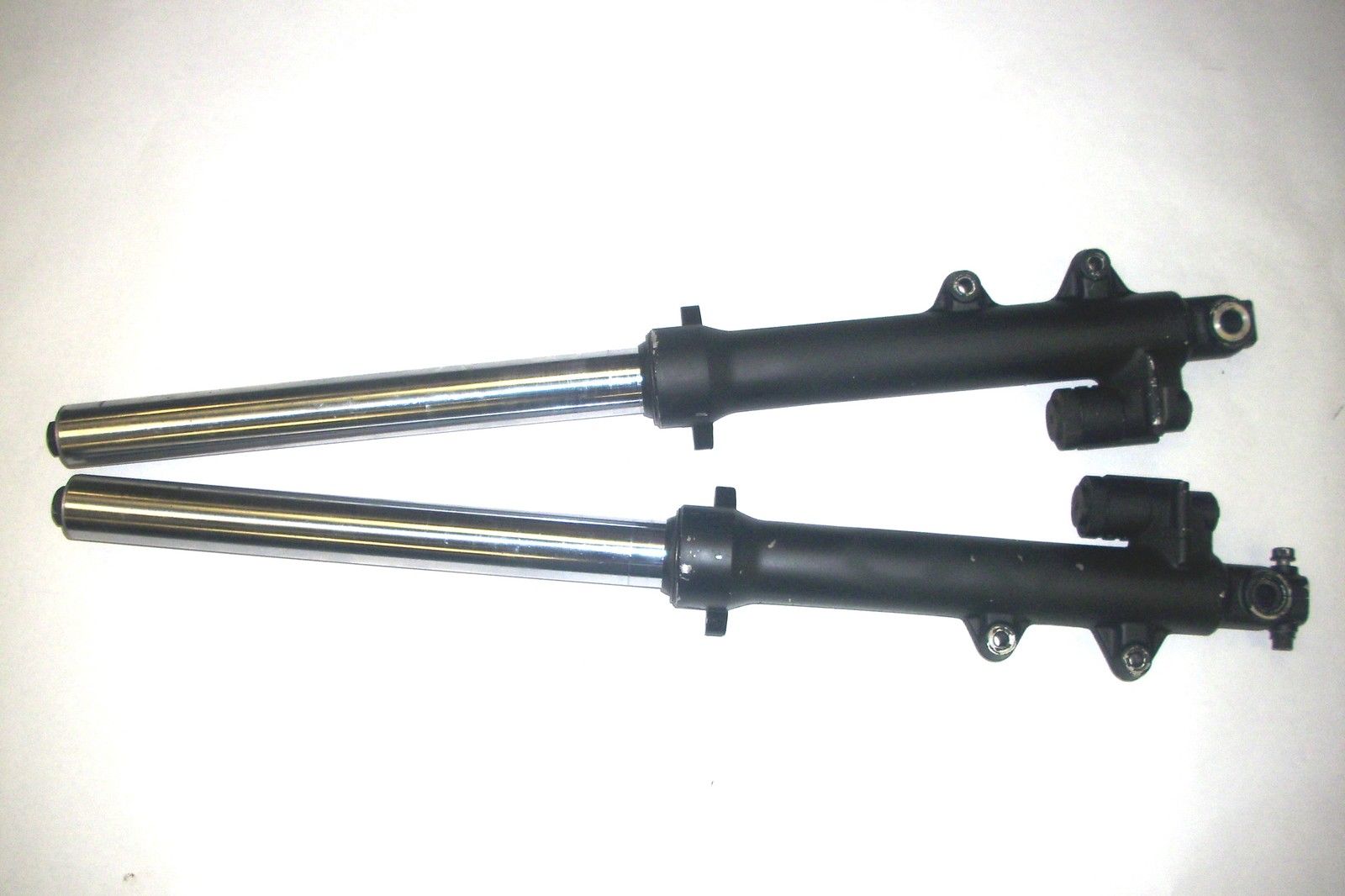 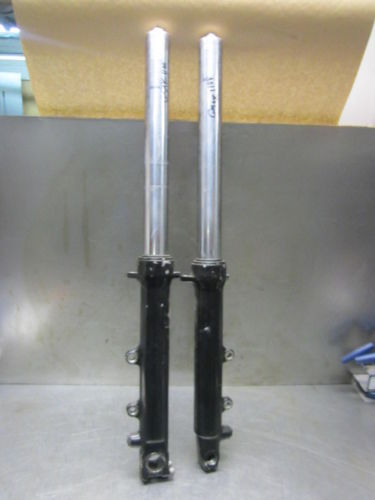 The first generation upside down fork with the slider in the triple clamps. These forks were interchangeable with TL1000 series of Suzuki's as well. They have rebound and compression damping. 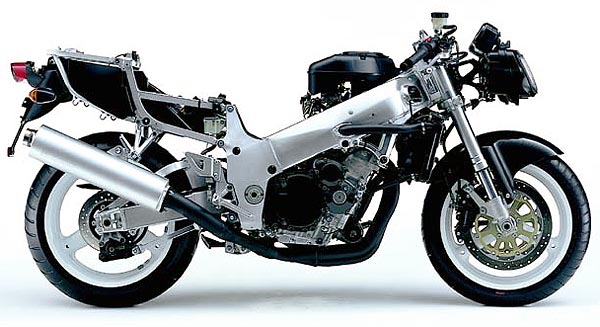 The 2003 GSXR 1000 had the first front end in the GSXR series to have the newly designed fork that supported radial brakes. The 750 still had the standard upside down forks from the previous generation. As well as the mounting for radial brakes the coating on the inner tube had DLC (diamond like coating) and appeared black. 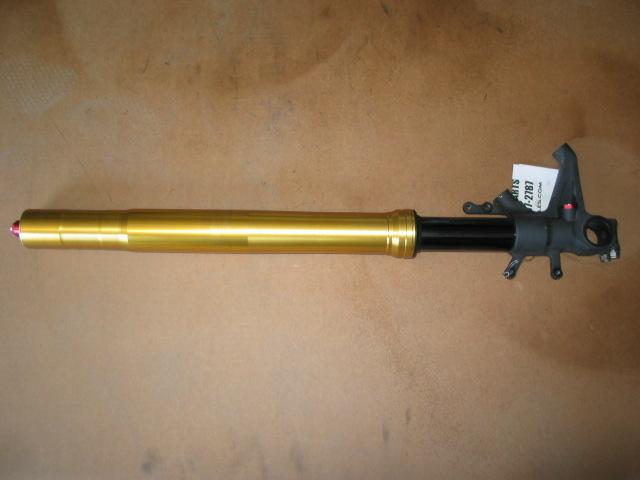 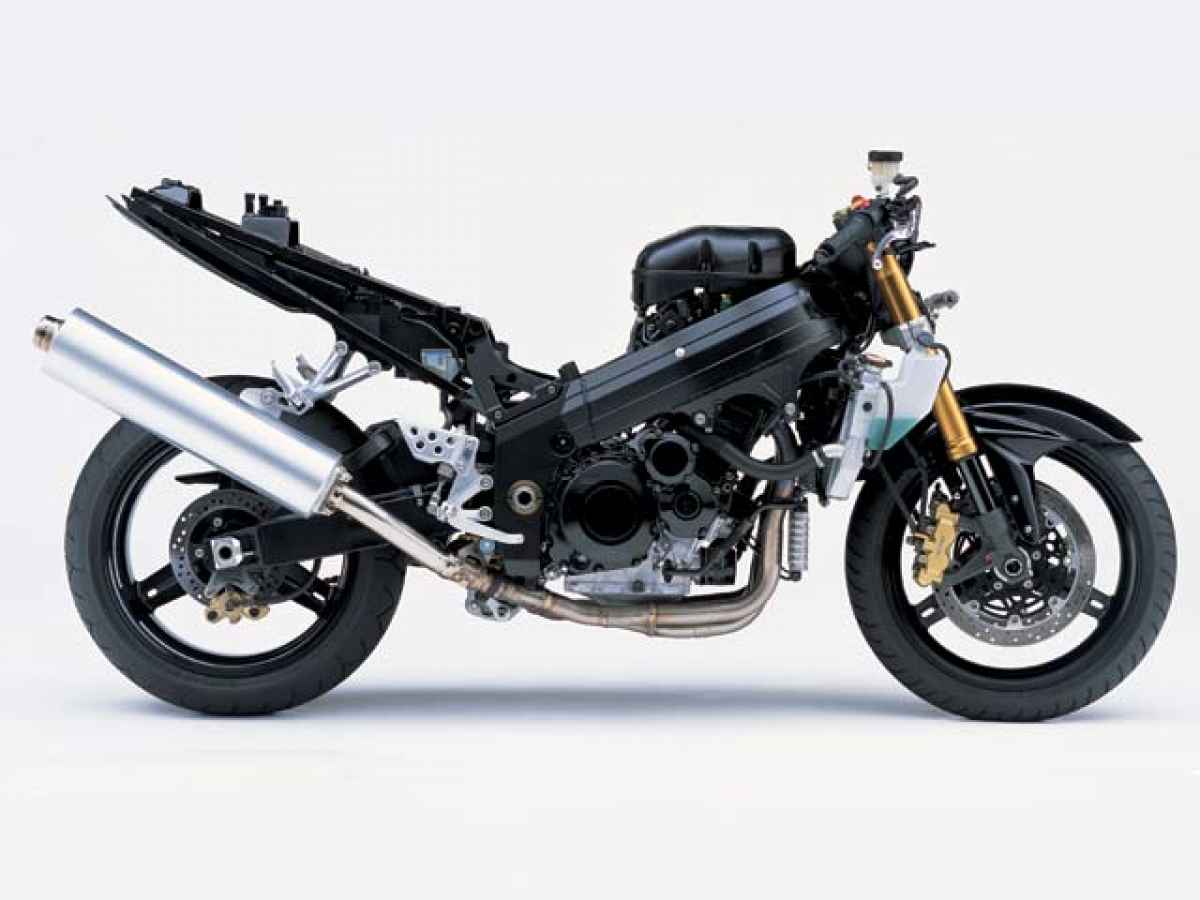 All models were converted to the 2003 1000cc style front end in the US. This is first year of the GSXR 600 having upside down forks. The design has remained relatively unchanged since this time although Suzuki has added monoblock calipers with the same mounting system on the bottom of the upside down forks.

Upside down forks where added to the GSXR11 and 750 on the L model in 1990. There are lots of subtle differences and changes since then, and modern stuff is significantly more advanced. Suggest you try and Google part numbers.

Not the answer you're looking for? Browse other questions tagged motorcycle brakes suspension forks or ask your own question.