How much performance change can be expected from changing 2-stroke mix-in oil?

I have a 2 stroke paramotor: 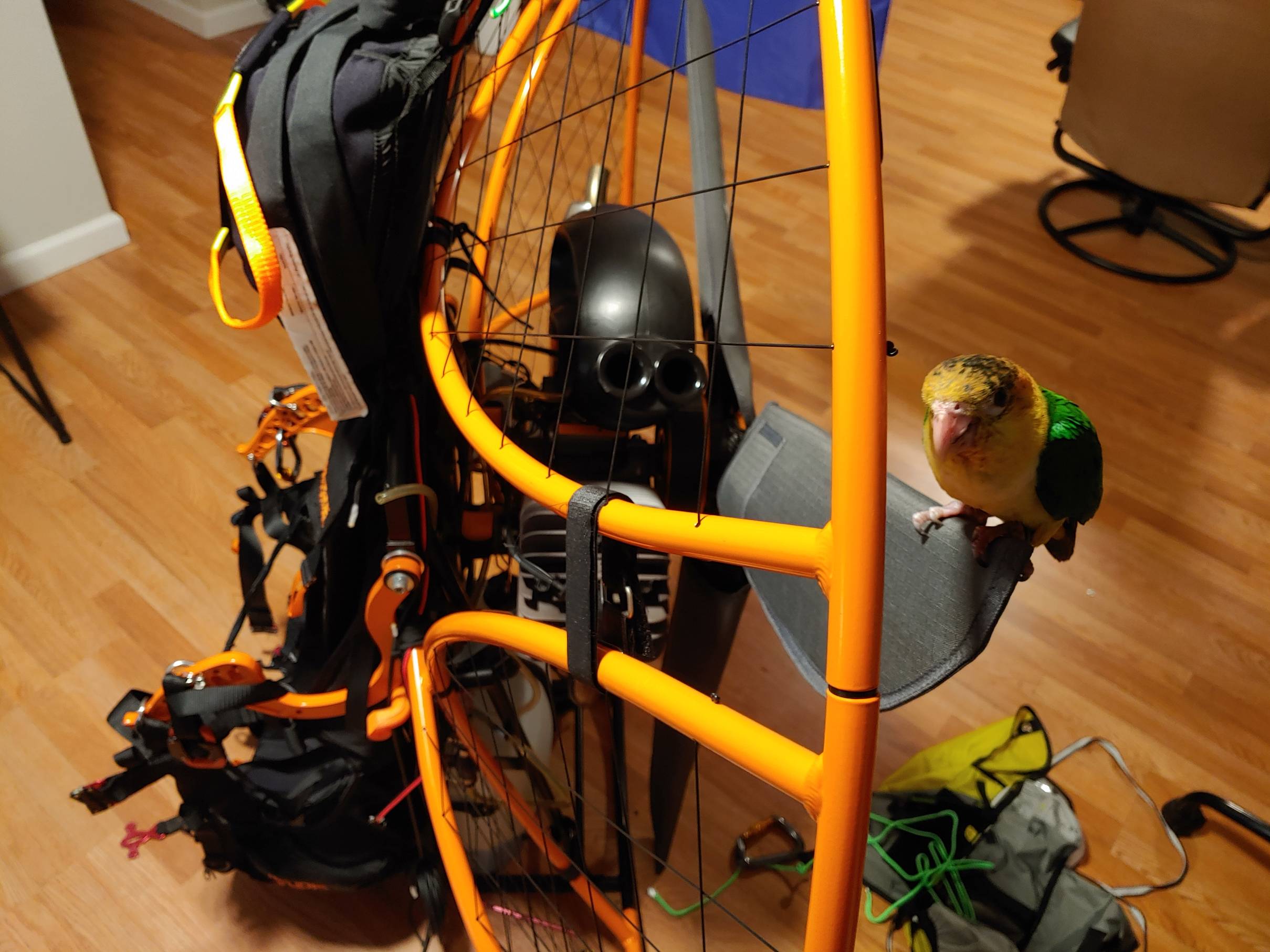 Paramotor with a parrot on the propeller.

It is a 235cc 2-stroke engine with carburetor fuel delivery and magneto ignition. The transmission is a direct drive pulley system. As a normal part of the 2-stroke fuel, I mix in oil at the manufacturer's suggested 40:1 ratio. I recently found that the power delivered by the paramotor is very low. the top of the power band for this engine is 8,000 RPM according to the manufacturer, and with this propeller, the engine will normally readily spin to 7200 RPM (Propeller max. RPM). The engine now only spins to 6000 RPM under max throttle. I've had the idea that the oil fuel additive could make a power difference. I use a no-name two stroke oil made for engines smaller than mine.

Why do I think that the oil could be the problem:

Why do I think that this could not be the oil:

Could the oil I add to the fuel at this ratio make the difference between 6000 and 7200 RPM?

First of all, excuse my English and my low ratio to make this answer a comment.

Secondly, I have always had the same doubt about how oil mixture affects 2stroke engine performance, and (I know it's not the same but...) few months ago I found an article wich is very interesting, talking about oil in chainsaws HERE

Not the answer you're looking for? Browse other questions tagged oil leak power two-stroke power-loss or ask your own question.

19
What is happening when a two-stroke engine is said to be "four-stroking"?
7
How much can sub-optimal octane affect efficiency or power?
3
Can I add a gasket to my exhaust valve to reduce leak and increase cylinder pressure?
2
Can you estimate engine condition based on how quickly the oil turns black?
0
I found a car comparison with the following:
0
1966 Suzuki K11 Oil Change
11
How do these similar engines differ so much in power output?
2
Motor oil requirements on exhaust system
2
What is wrong with my dipstick?