Do these rotors pass inspection? 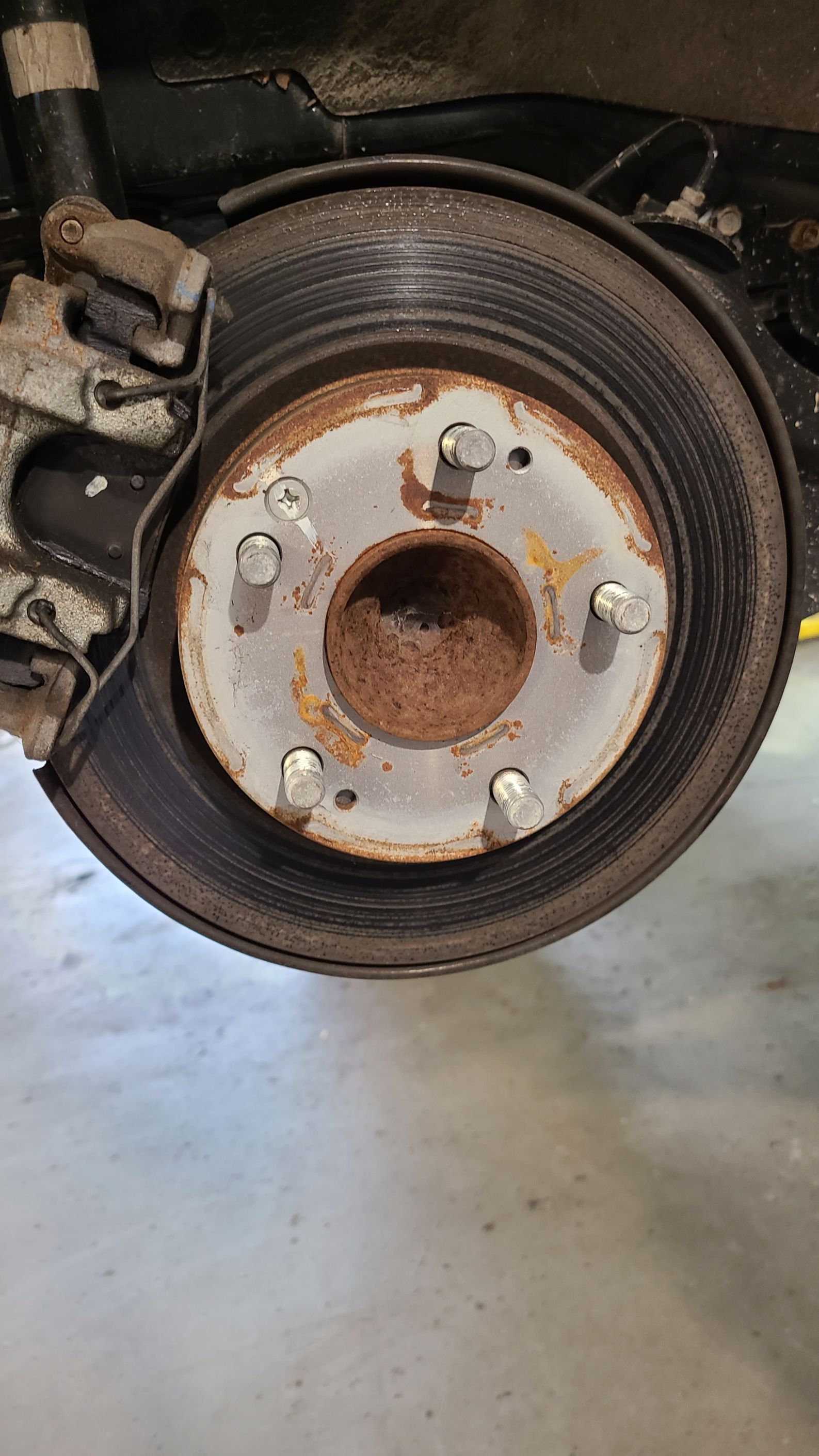 Hello all, Bit urgent as I'm trying my best to help my mother. She needed a safety performed so she can go from a lease to buying her car directly from Honda. Honda is also the one that performed the safety (and failed it). They were not happy she would be buying it, given how the market is now. They wanted the lease to just end and them to have possession back. As I picked her up and was waiting with her, they called and said her 2 back rotors are rusted and need replacing to pass the safety. It's a 2018 Civic with 18,000 kilometers (11,000 miles) on it. She doesn't drive it much. They said with taxes it would be $630 total, including the safety. She was expecting just the $100ish for the safety. My personal mechanic said it has to be really rusted and "over 25% rust on the contact area" to fail. I took this photo when they still had it up, and I didn't see noticeable rust, but I'm also not a mechanic. I drove her car and it honestly feels new and the brakes are super smooth, way better than my car. Based on the photo above, is there any reason she should've paid the $630 for the rotors to be replaced just to pass inspection? They didn't know of my involvement until I arrived after to look/question it, were they just trying to taken advantage of a 65yo lady? Just based off the photos, of course. Any input appreciated. Thank you.

From the photo above, the answer is: No. These will not pass inspection. The reason I say this is because of the deep gouging of the surface. You can also tell there isn't much contact between the brake pad and the rotor. And from what I'm seeing, there IS a lot of rust there. This isn't going to be much braking power there. If this were a good looking rotor, you'd have to expect about 80% of the surface to be clean and without the scoring. For them to suggest replacement is not beyond the pale.

If the rest of them look about the same, then it's not going to be a cheap job. You usually do the job in pairs. Since you're in Canada, the price is going to be higher than here in the States. $630C is about $500USD ... with the safety, that could account for a bit of the cost. Really, I don't think it's too far out of line.

UPDATE: They passed safety with independent shop after driving for 2 days, $113 bill instead of $630. Safe to say my Mom is happy!

Actually, I'll dare to provide an answer different from the one posted by the 134k reputation guy.

I had problems where my car stuck and required small force from the engine to cause it to suddenly release. Initially I thought it maybe was the parking pawl sticking. The problem occasionally returned for maybe 5 times. However, at one point where the car was driven very little, and not driven at all in areas with stoplights (only countryside areas where I didn't have to brake except maybe using the regenerative braking in my hybrid), and the weather was rainy, it stuck again. This time the problem became worse and required massive engine force to release the car.

Then I realized something's wrong, it shouldn't be that way, and looked at all the wheels. The rear wheels had brake rotors which almost exactly looked like your rotors.

I began a fixing regime: I drove the car with aggressive braking. Gradually the rear brake rotors became better. There was one minor setback, one case where I didn't drive the car for a day in rainy weather, and it suffered from very minor brake stick, but nothing as bad as the horrible sticking when the car was driven only in countryside areas. Finally I managed to fix the last setback.

Now the rear brake rotors look much better. It took about three months of hard braking to get from the horrible state to the current acceptable state.

The mandatory inspection was exactly two weeks ago. They didn't complain anything about rear brake rotors. The only minor complaint was bit over 20% difference in force of rear parking brake (allowed difference is 70%), and that was caused because the parking brake is implemented by using a secondary brake drum, not the main disc brakes, and I had never used the parking brake to slow the car down so it's understandable there's going to be some difference in the forces of the non-used brake. The rear main brake had exactly 0% difference in braking forces.

You can fix it like I fixed it! Three months (I drove about 4000 km in those three months total), with lots of hard braking, may be able to rescue your brake rotors.

Not the answer you're looking for? Browse other questions tagged honda civic brake-rotor safety inspection or ask your own question.

8
Safety Inspection after repair
5
2011 Mazda3 airbag disabled for light passenger
36
When do brake rotors really need to be replaced?
6
Failed inspection due to rust on rotors?
2
NYS Inspection Failed - Seized caliper?
0
Rock in Disk Brake, Sounds Horrible
2
Replacing Brakes and Having a Problem
3
Failed Inspection - rust on rotors from not being driven much
1
Rust on Vehicle Sitting for a couple of months