Engine stops in a second after starting, battery indicator light turns on, dashboard gauges drop to zero; works normally at the second start

The vehicle is 2006 Peugeot Partner Combi Van 1.9D. This problem has been occurring intermittently for a year. The last time was at the end of September; it occurred once a month mostly, more than this one or two times. Seasonal and daily environmental changes didn't affect the situation as the problem occurred in winter and summer, in morning and afternoon.

If I remember correctly, it always occurred when I start the van for the first time in the day. Engine starts, but stops in a second. Battery indicator light turns on, gauges (fuel, speedometer, tachometer) drop to zero (engine temperature gauge is already at zero naturally). After turning off the ignition and trying again, engine starts normally and I drove the van everyday in all kinds of conditions without any problem. All accessories and components work normally; there has been no dimming in internal or external lights. Engine stopped while driving only once, in 30 August, I went to an auto electrician, he checked and tested the van. He found no problem, but suggested that I should observe if all the gauges drop to zero when the problem occurs. As it happenned only once after that day, I'm not sure if it was the same in all the occurrances; but I think that battery indicator light turned on everytime, so let's assume that everything was same everytime.

Engine and electrical parts checked in different shops, no problem found. But there must be a problem somewhere; any advice can be helpful.

As this is a chronic problem, I provide additional information below:

A week after, I went to the authorized service at the dealer. The van stayed there for 2 days. They said that they checked all the related parts including the brain, done test drives and pushed to limits; but they didn't found any issues.

My auto mechanic has checked the vehicle multiple times; considered the fuel filter, fuel pump, bad fuel, catalyzer and immobilizer. He visually checked fuel filter and fuel flow. He removed and checked the fuel tank in November 2020; there was no problem. I replaced the battery that month as a precaution. Battery and alternator voltages are checked; no problems.

There are three events prior to the problem that can be related to it. I know exact date of some of them, because I take notes when a repair is done; just the date, cost and what changed. I guess the problem started in fall 2020. At around that time a camel spider had entered the van, I couldn't catch it, it went under the dashboard at the passenger side. I don't know if it died in somewhere or found a way to outside; but I didn't use the van for 3 days, it stayed under the sun and I used aerosol insecticide which probably not effective over this animal kind. I don't think it could have stayed alive inside the vehicle.

In August 2020 after regular oil and filter change, engine was washed with pressure washer (big mistake). I drove at least 50km without any issues. But later that day the engine revolution and sound began to decrease and increase erratically, like it was choking. I parked the van, checked the engine; only saw that a small tube was disconnected from the pressure converter, exhaust control (photo below).Mechanic said today that they mostly disable it, nobody changes it and it doesn't harm the engine. 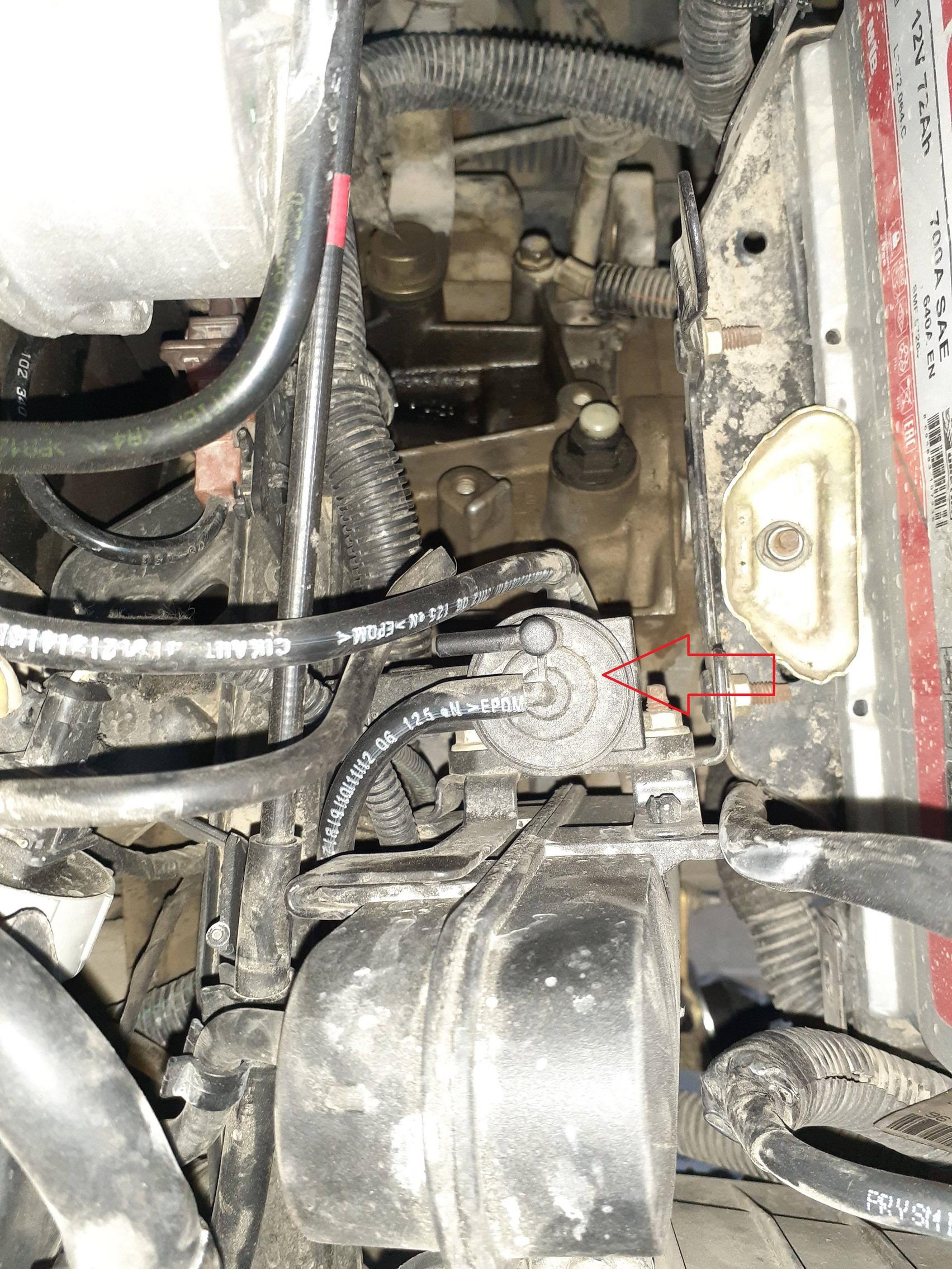 It was Saturday evening; I used the van in Sunday without any issues and went to mechanic later day. There was no apparent problem, but some fault records found when connected to computer. 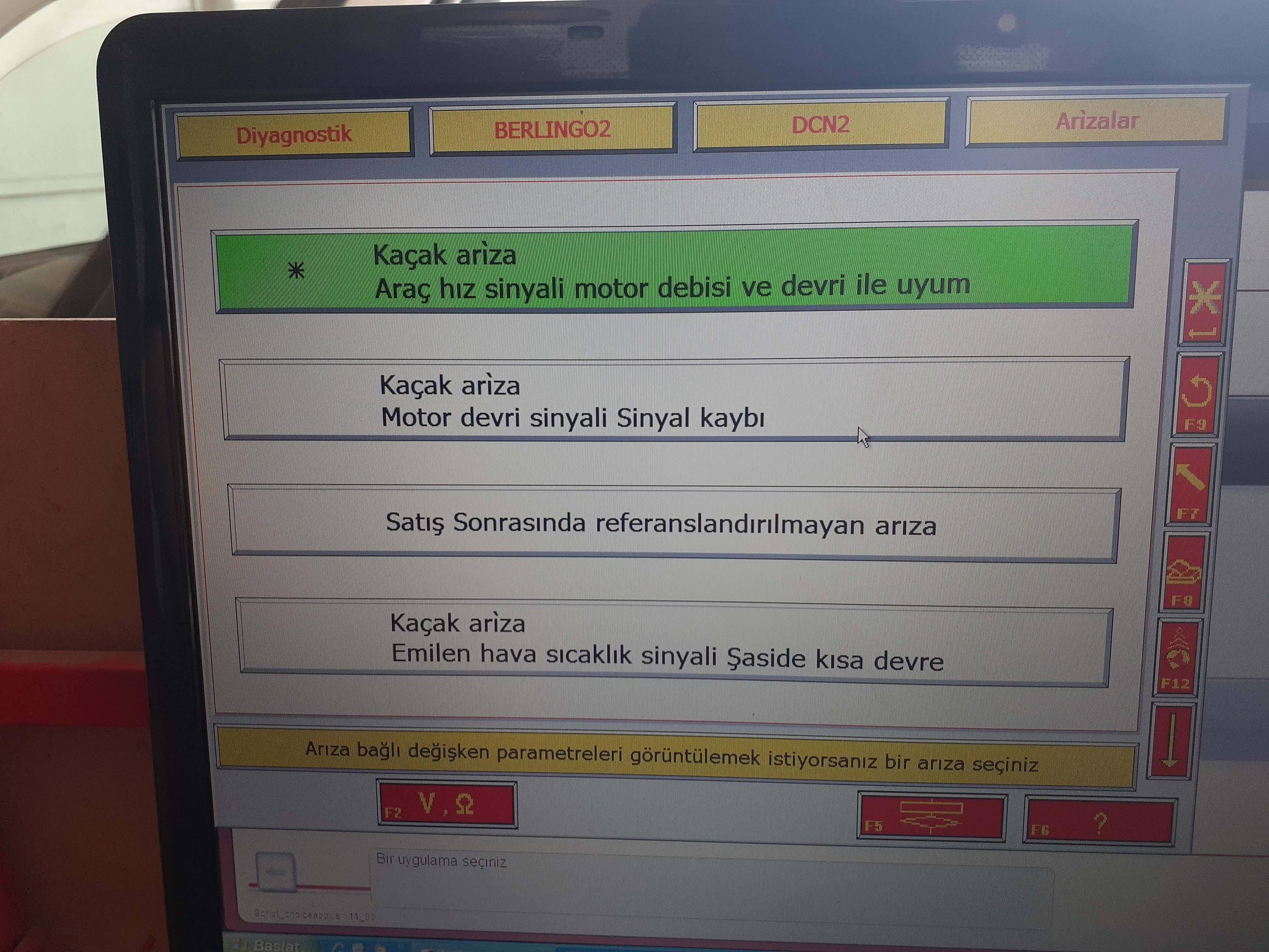 From top to bottom; I tried my best to understand correctly first and then translate from Turkish, the text in the software is awful:

3-fault that is not referenced After Sale

Mechanic asked me to take this photo and then deleted the records. I don't know if only the record with the asterisk was detected or all of them.

Lastly, in June 2020 we replaced the fuse box in the engine compartment with a used one. I drove the van. After washing it (just the body) I noticed that the headlights are on while the headlight switch was off and the key was not in the ignition. The van didn't start and we towed to the electric shop. I don't know what was wrong with the box and didn't see it; my mechanic took care of the repair.

My van is on sale now and I tell this problem to all buyers. I have no doubt that it will be sold easily and have no problem with the price drop. I just seek another advice for myself and the future owner.

The battery light going on and your gauges dropping sounds like pretty typical behavior and nothing to worry about. It's common for the battery light to come on when the engine stalls and as for the gauges it depends on the make and model of the car.

I wouldn't spend any more time or money chasing that, I would focus on why your van stalls the first time it's started in the morning, and as it runs fine the rest of the day it doesn't sound like an electrical issue as you'd be having less consistent problems. The first thing that comes to mind is fuel pressure, your low pressure of high pressure pump may not be delivering. You could have an injector or two which doesn't work well until it heats up a bit.

Diesel with transient problems around starting, then running normally

When the car runs, the fuel line is under pressure, the whole engine is hot and sealants work better, so no significant fuel leaks are observed.

Engine cut off, left to cool down, 16-year old rubber loses elasticity when cold, fuel subject to hydrostatic pressure only - air leaks in, fuel partially drains from the fuel lines and the pump down to the tank.

Known partial solutions: check valves or electric valves on the fuel lines (be aware that there are two fuel lines).

The real solution: replacing the worn out parts. May get really expensive because of the great deal of labor involved.

Not the answer you're looking for? Browse other questions tagged electrical starting peugeot intermittent-problems or ask your own question.

2
Is my mechanic ripping me off?
5
97 Jeep Cherokee check gauges light came on and then my battery gauge dropped down to 9 didn't lose any power?
3
Cadillac CTS can't take key out of ignition, automatic gearbox lights would not come up when changing gears
4
rumbling of the engine during acceleration after a rainy day
3
Dirty tank or bad fuel pump
1
Buick Rendezvous 3400 SFI no start when warm/hot
5
What would cause a short to ground while driving - how to locate the problem?
0
2007 Silverado 1500 No start/no crank, relay is good, starter is good, battery is good
0
Intermittent Electrical Issues Jeep Wrangler 1998