What is the name of these four elements called? If water gets to them, can that cause a misfire? 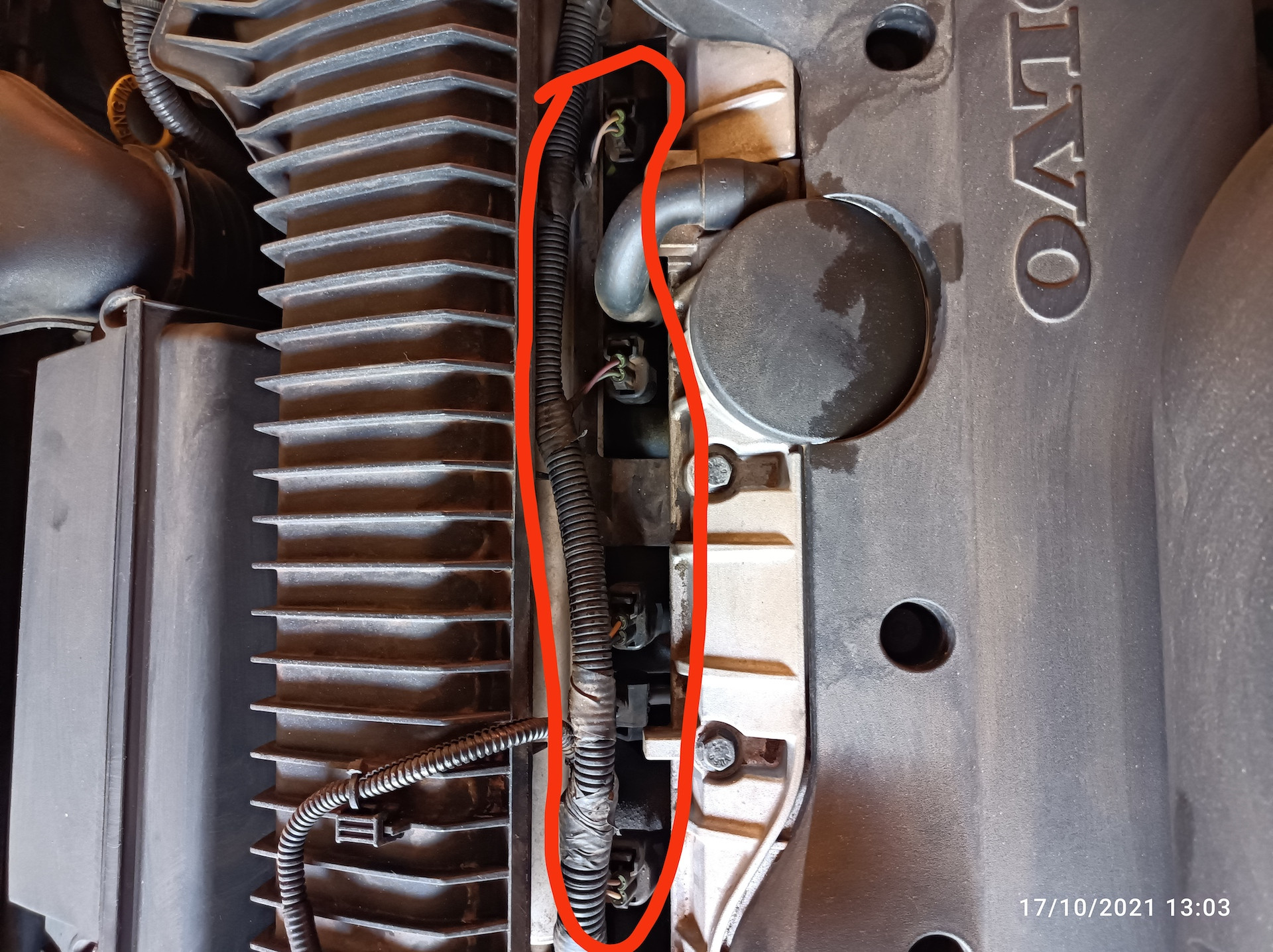 What you have circled are the connectors for the fuel injectors (and obviously the fuel injectors are underneath of them). They have seals which protect from moisture, dirt, and debris, so in most cases there's no chance of misfire due to them getting wet. IOW: The "wet" stays on the outside of the connection. There'd have to be serious deterioration of the connector and seal for water to ingress and cause issues. Even if water does get into them, there's only a small chance it'd cause a misfire.

Are you actually having a misfire? If so, then assuming the car was otherwise properly maintained, the most likely culprit on these engines would be a failed ignition module. Those are under the plastic cover that has the "VOLVO" brand on it and is visible in the photograph you provided.

Injectors are passive, low impedance components, and moisture won't cause much trouble other than perhaps due to galvanic corrosion. To be sure corrosion isn't a problem, you can try disconnecting each of the wire harness connectors from the injectors, and verify that the contacts don't have green and/or white powdery crust on them.

It's of course possible that an injector may be failing open-circuit, or is gummed up with "crud". Depending on how soon you need the car back on the road, you might want to remove the injectors and send them out to be pressure flushed. Competent providers of this service (google them up!) will measure flow rates for each injector before and after the service, and the test report should generally indicate whether the injectors are considered serviceable or not. That'll of course catch any failed injectors as well, and you'll have hard proof that you may need replace one or more of them.

There can be other sources of faults, such as a failing wire harness or control module, but those are much rarer and I wouldn't be concerned much until other diagnostics are done first. An open injector circuit, for example, will be detected by the engine control module (ECM) and will set a specific code that you can read out with a scanner. The ignition module faults aren't typically detected by the ECM, other than hard faults like a short between control signal input and ground or 12V.

Not the answer you're looking for? Browse other questions tagged engine volvo misfire or ask your own question.

2
How can I identify which cylinder is responsible for a petrol engine misfire?
0
Automotive engine compartment parts and connection diagram
2
Can a slipping/dry serpentine cause every cylinder to misfire?
4
Viability of replacing engine 1996 Volvo?
0
Engine cylinder 5 misfire