I recently had the engine MIL go on on my Mercedes C-Class S205 while driving so I purchased an OBDII bluetooth scanner to figure out what is going on. The code I got was:

I read that this is usually accompanied by an engine running poorly. Since this wasn't the case I thought it could be a temporary fault and in fact a day later the MIL light went off on its own (I didn't clear the code). Unfortunately the MIL came on again a day after, and this time there were two additional codes apart from the original P2243:

Again, the MIL cleared on its own after another day or so and it has been off for the past 3 days. I did some research about the expected live data from the oxygen sensors and proceeded to read the live data on the vehicle.

At idle I'm getting a constant Wide Range Equivalence Ratio (WRER) of 2.0 and this spikes very shortly down up to a minimum of 1.0 when I press the throttle. The spikes are of the order of half a second and there isn't the reverse response you would expect until the reading stabilises (first two images attached).

I checked on my wife's B-Class W246 to compare and the live data was much more as expected (last two images attached).

My car is driving pretty much normally. Sometimes there is a very short (half second) hesitance when accelerating while you're already at speed, but not sure if this is normal.

Is the Oxygen sensor faulty? Should I have it replaced? 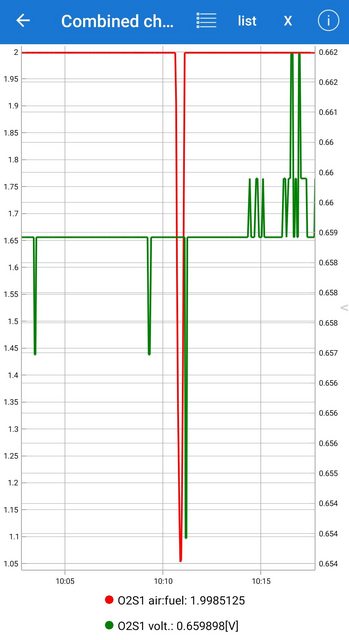 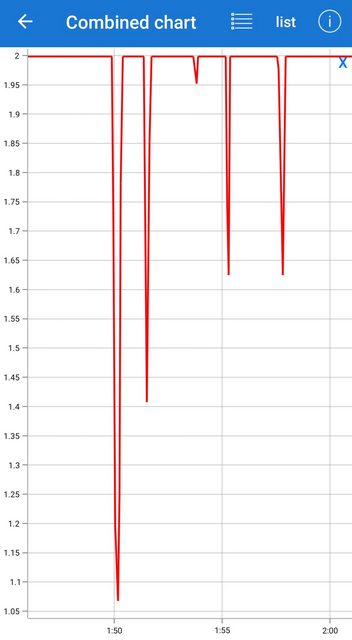 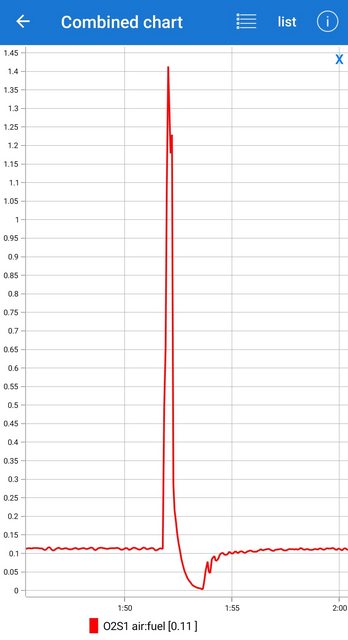 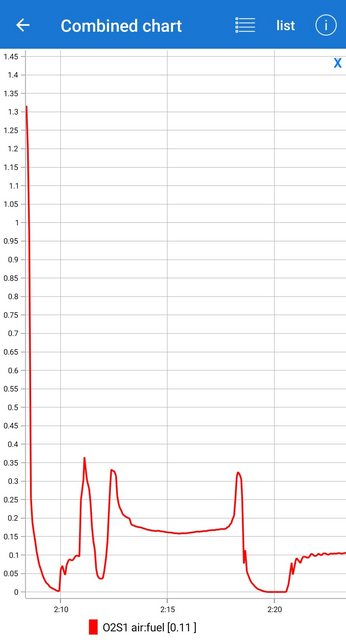 I don't see any way to determine anything from the OBD graphs. Intermittent open circuits sound like an electrical problem to me, so my first course of action would be to follow the wiring and look for wear or breaks which could cause a short or loss of signal. I'd also pull the connector apart and check for corrosion on the contacts, cleaning them with contact cleaner before putting them back together. If you can't find any wiring or contact issues then the fault could be in the sensor itself so that would be the next step.

Not the answer you're looking for? Browse other questions tagged obd-ii o2-sensor or ask your own question.