techniques to fix a plastic rattle that's intermittent over bumps?

What are good ways to fix a rattling sound from plastic parts that happens intermittently on bumpy roads? 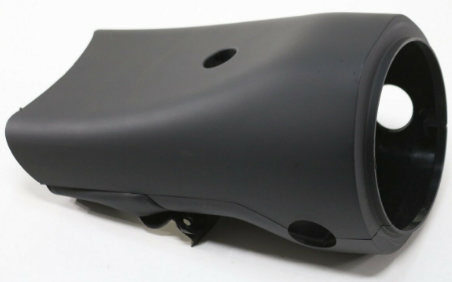 I want the materials on hand before opening the cover, although I might try driving without the cover to test this hypothesis. The rattle isn't consistent over the same road, so pushing on the cover and other dash parts while driving isn't a clear test. Squeezing the cover does not stop the rattle.

Warranty questions: The service center was unable to reproduce the problem, although I said it happened on a road near there, but then it did not happen that evening when I picked up the car.

At the beginning of the Covid pandemic it was better to live with a rattle than have people work on it.

Silicone spray in an aerosol can is a useful tool for stopping squeaks and rattles where plastics are moving against each other. It is also good for lubricating rubber window guide channels and door seals.

Try spraying a very small amount at the joints of the components that are making a noise.

Not the answer you're looking for? Browse other questions tagged lubrication rattle plastic or ask your own question.

2
What is the rattle near my VIN tag and how do I fix it?
1
09 Nissan Cube Drive Belt Tensioner Rattles While Sitting