My 2005 Chevy Tahoe has an Oil Pressure gauge. The needle usually sits to the far right on a value of 80. Recently it's started randomly dropping to 0 and as expected, the car's oil pressure alarm triggers and chimes. A few minutes later it will pop back up to the max of 80. When it moves between these two points it does so quickly.

In researching what causes oil pressure to drop to zero I found that there were generally 3 items: (1) low oil (2) malfunctioning oil pump (3) malfunctioning gauge or gauge sensor. The car's oil was replaced within the last 2 weeks and the dipstick shows full so I rule out 1.

My question: Please can you explain how the Oil Pressure gauge works on this type/era of car. My objective is to be better armed at understanding the impact of this aspect of my car in the context of what's currently happening.

(I have every intention of taking this to the service station to be checked/repaired as soon as I'm able.)

Since this is a Tahoe, I'm going to assume it has the 5.3L LM7 (LSx variant) in it. These have an oil pressure sensor at the back top of the engine under the cowl portion (near the windshield). It should be on the back left side of the engine. These are just pressure actuated and allow (IIRC) from 0 to 5vdc to flow through, which the ECU then takes and computes the pressure. Here is an image for location reference: 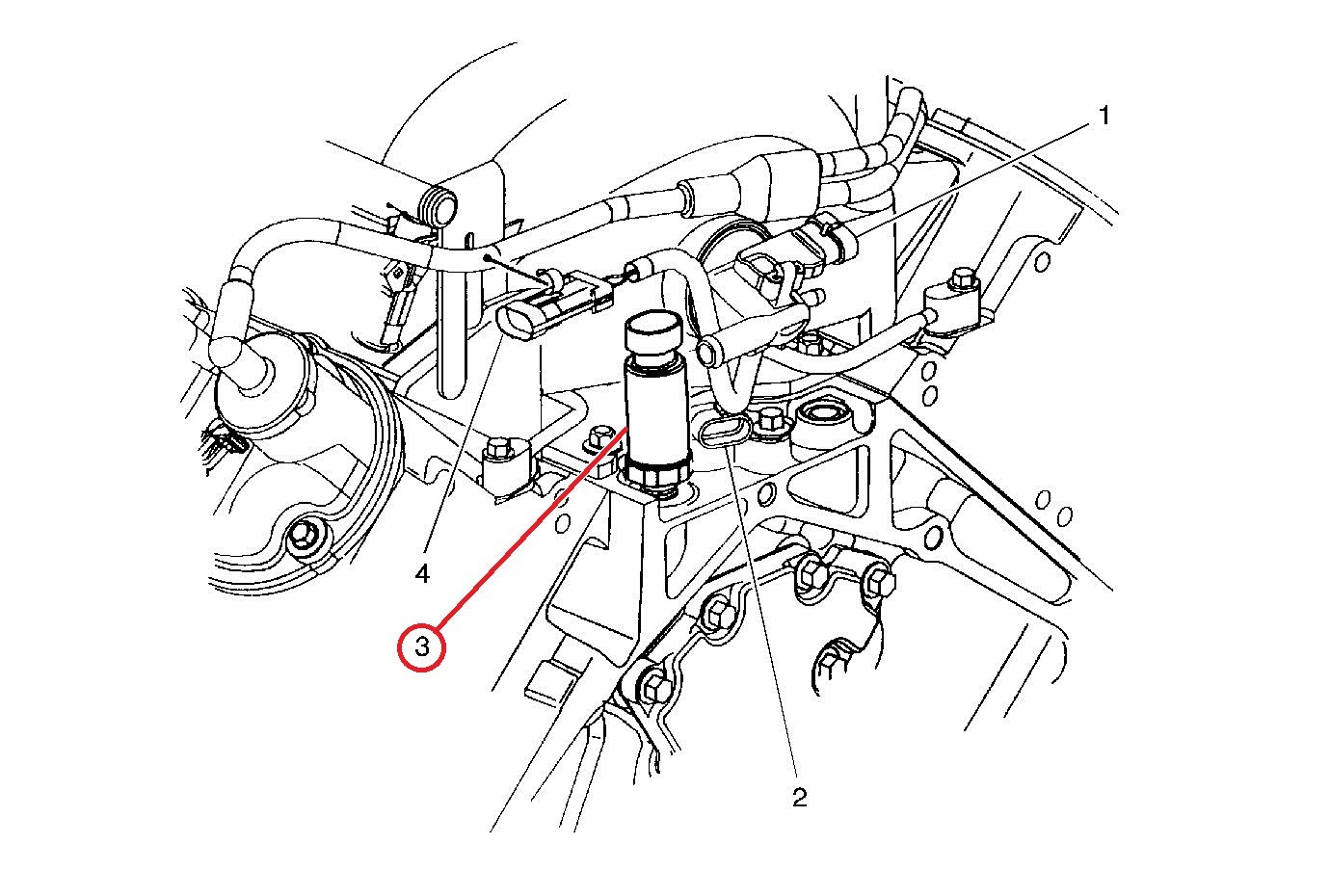 My experience with GM vehicles tells me your pressure sensor is most likely bad or the wiring is faulty. A 16 year old LSx engine will not have that much oil pressure. The engines from your era of LM7 truck engines had issues with lifters and such, which caused a lot of noise when they are worn. Oil pressure at idle should most likely be ~20-30psi, while at higher RPMs would be between 30-50psi. This, of course, is all dependent upon whether any internal engine work has been done. If the oil pump and lifters have been changed, you'll see higher oil pressure, probably in the 60psi range at higher RPMs, but unless you've had a high volume/pressure pump put in, you'll almost never see it reach 80psi except on initial start up before break in of a brand new engine.

All that said, the pressure sensor can go bad in these. Usually when they go bad, it will show full pressure or no pressure, but usually won't fluctuate back and forth between the two. Due to this, the first area I'd search for is to see if there are any noticeable problems with the wiring. After that, you could pull the plug on the pressure sensor, then put the leads from a DMM set to Ohms to see if it fluctuates when the engine is being revved. If it doesn't move, the sensor is dead. If it does, you'd need to look elsewhere.

I would connect a "physical" pressure gauge (Bourdon gauge) with a pipe and check the actual pressure. I would do this as soon as possible to make sure that there is no problem with a pressure relief valve or similar causing a zero oil pressure.

Once you know that the engine oil pressure is physically sound, then you can check for the other causes in the other answers: sender, shorts in wiring, head unit etc.

There is a oil pressure sensor that screws into the engine block or head. An electrical connector on the sensor connects the sensor to the vehicle's wiring harness.

The sensor electrical signal is likely read by one of the vehicle's computers which will sound the alarm if it sees a low oil pressure. The computer will also send the signal to the oil pressure gauge on the vehicles dashboard.

First thing to check is that the wiring to the sensor looks OK.

If that looks okay, then it's probably best to replace the sensor.

Not the answer you're looking for? Browse other questions tagged chevrolet gauges tahoe oil-pressure or ask your own question.

2
Erratic Oil pressure in a 2005 Chev 2500HD with 6 litre gas engine
1
Is there a difference between a cylinder compression gauge and an oil pressure gauge?
1
Oil pressure level
1
Which tire pressure gauge can I trust?
2
My new car was driven almost 100 miles without oil
1
Low oil pressure but no light?