Video of the sound: https://youtu.be/Z-_1iax3gsg

My Honda Civic is making a metallic grinding/buzzing noise when I accelerate.

Some notes about the sound:

I've taken the car to a local mechanic shop and they removed the front exhaust shielding underneath the engine bay thinking that it had been damaged and was vibrating when I accelerated. That "fix" made no difference so I brought the car back a week later and after an hour of examination, they told me that none of the mechanics at the shop could figure out where the sound was coming from. They suggested trying to fill up with premium gas next time to see if it was some kind of engine pinging, but after a week of driving on premium, the sound is still the same.

Does anyone have an idea of what might be causing this sound?

UPDATE: I managed to diagnose and fix the problem myself after being turned away by yet another mechanic. The problem ended up being a loose serpentine belt tensioner rattling when the engine was under load. I removed the bolt labeled B in the attached picture and cleaned it up before reinstalling it and tightening the hell out of it. Sound gone :) 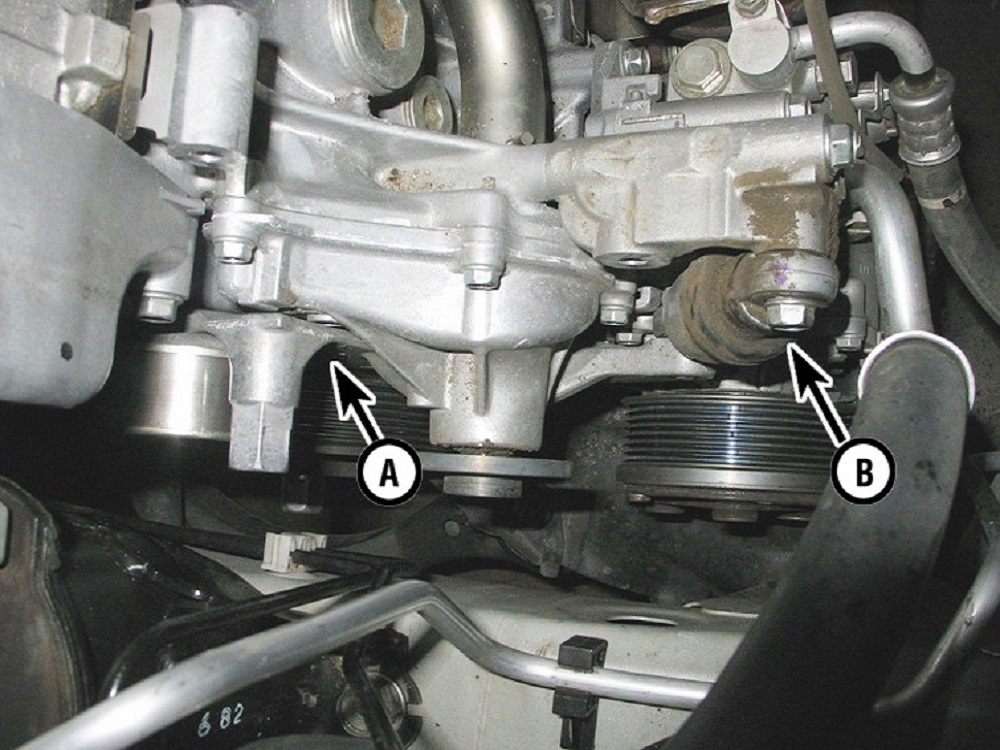 Not the answer you're looking for? Browse other questions tagged honda noise civic or ask your own question.

3
Possible causes of this Honda Civic K20 engine whine/hiss?
4
Howling sound when accelerating
1
Buzzing Sound coming from Nissan Altima engine after accelerating
3
What is the loud clanking sound at low RPM (video included)
0
Weird sound coming from the engine when started and also moving
1
2008 Honda Fit engine making noise even when the car is not fully turned on. (only battery turned on)