Is this method harmful for locking disc rotors?

As you know, in some services, it is necessary to apply brakes to prevent rotation of wheels or crankshaft. It is common to have an assistant apply brakes firmly for you but I was thinking about other ways to do it alone. Some mechanics put a long screwdriver between disc rotors and calipers to produce the same effect but I don't like this idea because it may damage both of the parts. After thinking for a while, I came up with an idea. I can put a long iron bar with one end on the ground and the other end attached to one of lug nuts. This way, I can use the weight of the car to lock the disc rotors. I can use two bars to distribute the force between two lug nuts. If I put transmission in gear (in a manual car), I can also lock crankshaft through this method. In the following picture, iron bars are shown in red and lug nuts in blue. I got this idea from a similar tool which is used by Honda to lock crankshaft pulley. What do you think? 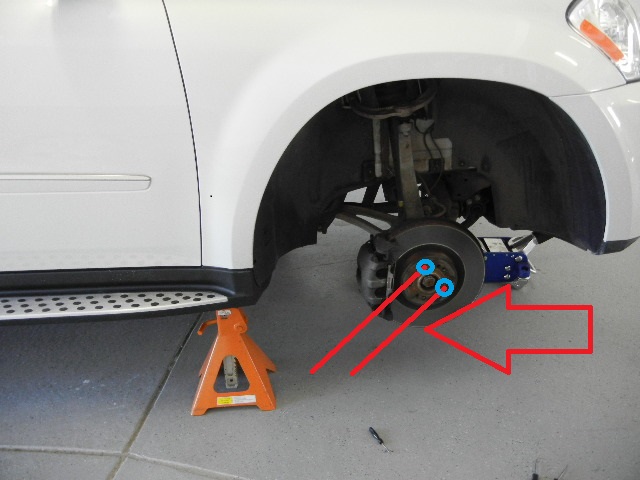 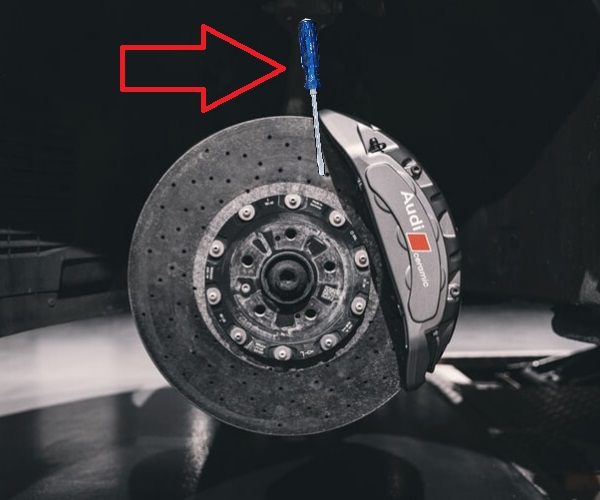 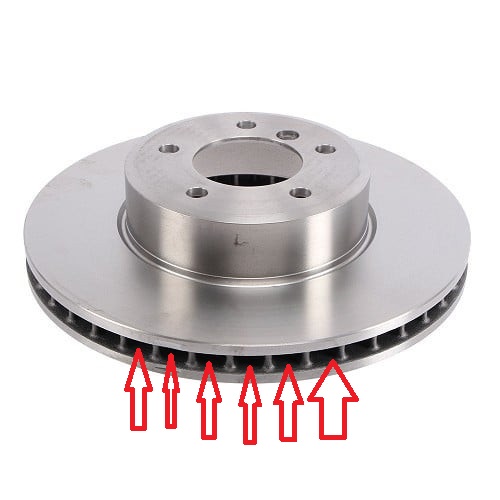 I wouldn't use the way you're talking about, because you are pushing against the ground with whatever bar/lever you're talking about. While it might not happen, there's a possibility this could force the car off of the jack stand if the right pressures were applied, which would lead to a big mess.

If the rotors are vaned, sticking a screwdriver down the vanes and allowing the rotor to rotate around to the caliper is by far the easiest and the safest way of doing what needs to be done. There should be no issue with either the caliper or the rotor, as remember, these parts are made to withstand thousands of pounds of stress on them (think about stopping the weight of the car). In doing so, there's almost no way this action in and of itself would cause a safety concern like your method would, because the parts are pressing against each other.

Not the answer you're looking for? Browse other questions tagged brake-rotor disc or ask your own question.

19
What causes brakes to pulsate right after rotor and pad replacement?
8
Warped disc rotors again?
4
Are Drilled/slotted rotors better for the mountains?
1
How to choose best disc brake rotor for the price? (2006 Honda Accord)
0
Litmus test for replacing 95 Integra rotors?
0
Is there a eco-friendly method to dispose of brake rotors and brake pads?
0
What’s this orange stuff on brake disc?