I have an alternator that likely bad diodes - erratic output, drains the battery when off, etc. Automated in-vehicle test at an auto parts shop also reported bad diode as the problem. Since it does produce voltage above 12V when running, is it plausible to mitigate the draining temporarily and maintain some charging capability by splicing a suitably spec'd diode into the output cable? Presumably it should have low voltage drop, high current tolerance, and handle reverse voltage up to battery voltage.

A diode would likely stop the battery drain when the engine is off, since current would not be able to flow back to the alternator. You would however need a pretty big diode to carry the current capacity of the alternator.

You would then have a voltage drop across the diode which may cause the battery to not be fully charged.

My biggest concern would be that you are disguising a fault that could cause a potential fire. If the faulty diode is shorting 2 of the phases, you could have some serious heat build up within the alternator, which could lead to fire.

Overall, it doesn’t sound like something to experiment with.

You would likely find that the cost of a replacement diode pack for the alternator or a second hand alternator may be cheaper than a single diode that will suit your requirements.

Yes, this does work. After installing this rectifier: 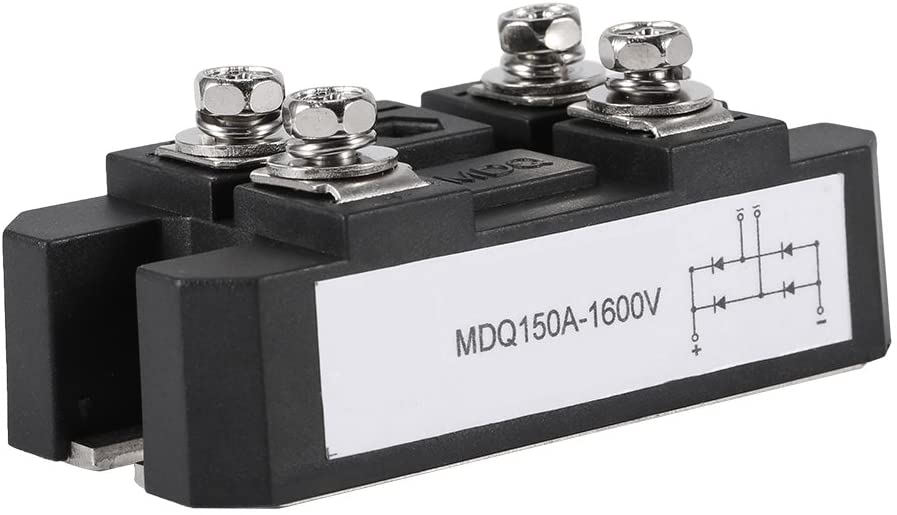 I had the battery charging and no discharge, but it was getting moderately hot. After asking on the Electronics SE sister site, I got an answer confirming that connecting both AC inputs would be a good idea and now there's very little heat dissipation at the rectifier and battery voltage quickly returns to 13.8 or so after starting the engine.