Subaru Forester - petrol coming out unlit in bursts out exhaust. Ideas on what could cause it?

I've got a Subaru Forester '02 2.5L that I push kind of hard off road on New Zealand beaches.

I had a near dead battery recently so bought a new one but on replacing it I must have wiped the ECU because it has no clue how to run the engine now.

It runs (just) but is super rich, a strong smell of unburnt petrol and is in a constant state of almost stalling. If I blip the accelerator it will either kill the engine or possibly backfire/misfire. 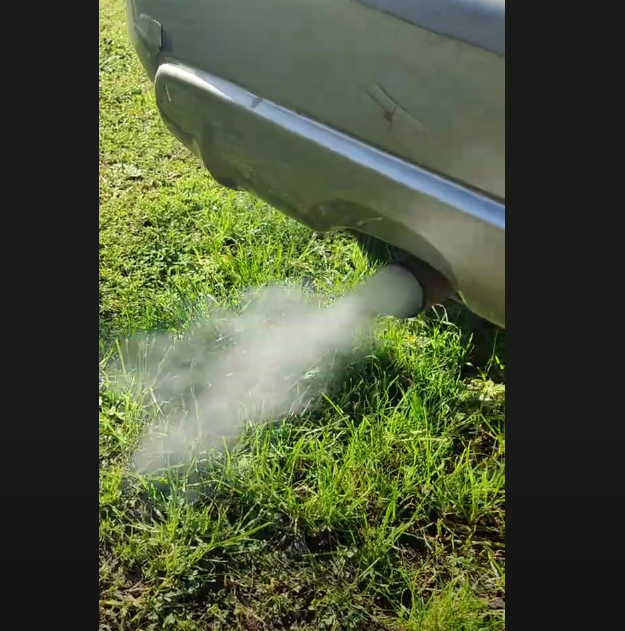 Watch the video, it's some pretty strange stuff https://www.youtube.com/watch?v=PooAiOYusFE

Here's what I know is wrong with it:

And what I have tried:

Anyone seen anything like this and have ideas on what to do next?

Possibly a faulty spark plug, ignition lead to the plug, or a faulty ignition coil.

If you are not getting a spark at one of the plugs, you will get unburnt fuel coming out of the exhaust and it would be running like that on 3 cylinders.

Take the plugs out one at a time to find the one that looks wet with fuel. Then work back from there.

Super simple, but I reset the error codes with a little bluetooth OBDII scanner and the engine has come right!

These EJ25 motors are prone to head gasket leaks. Judging by the white smoke, the first thing I would do is a leak down test. I have a strong suspicion you're burning coolant, which could also be the cause of the misfire.

The main problem years are 1996 through 2004. The most common engine to have head gasket failures is the naturally aspirated (non turbo) Subaru 2.5 L four cylinder engine, commonly known as the EJ25 motor.

The rich smell is probably caused by the bad O2 sensor. Your car should have two: one near the Y bend at the end of the exhaust manifold, and one further down the exhaust system near the catalytic converter.

Not the answer you're looking for? Browse other questions tagged engine subaru ecu misfire rich or ask your own question.