Whats this (plastic?) piece hanging on the bottom of my car?

I bought a used opel corsa last week and just noticed today a (pastic?) piece hanging off of the bottom of it. It doesn't look like it was screwed to the car (no holes or anything which would fit a screw) so it seems like its just "sticked in" there somewhere and come loose. There is another one on the other side which looks like its still in place. 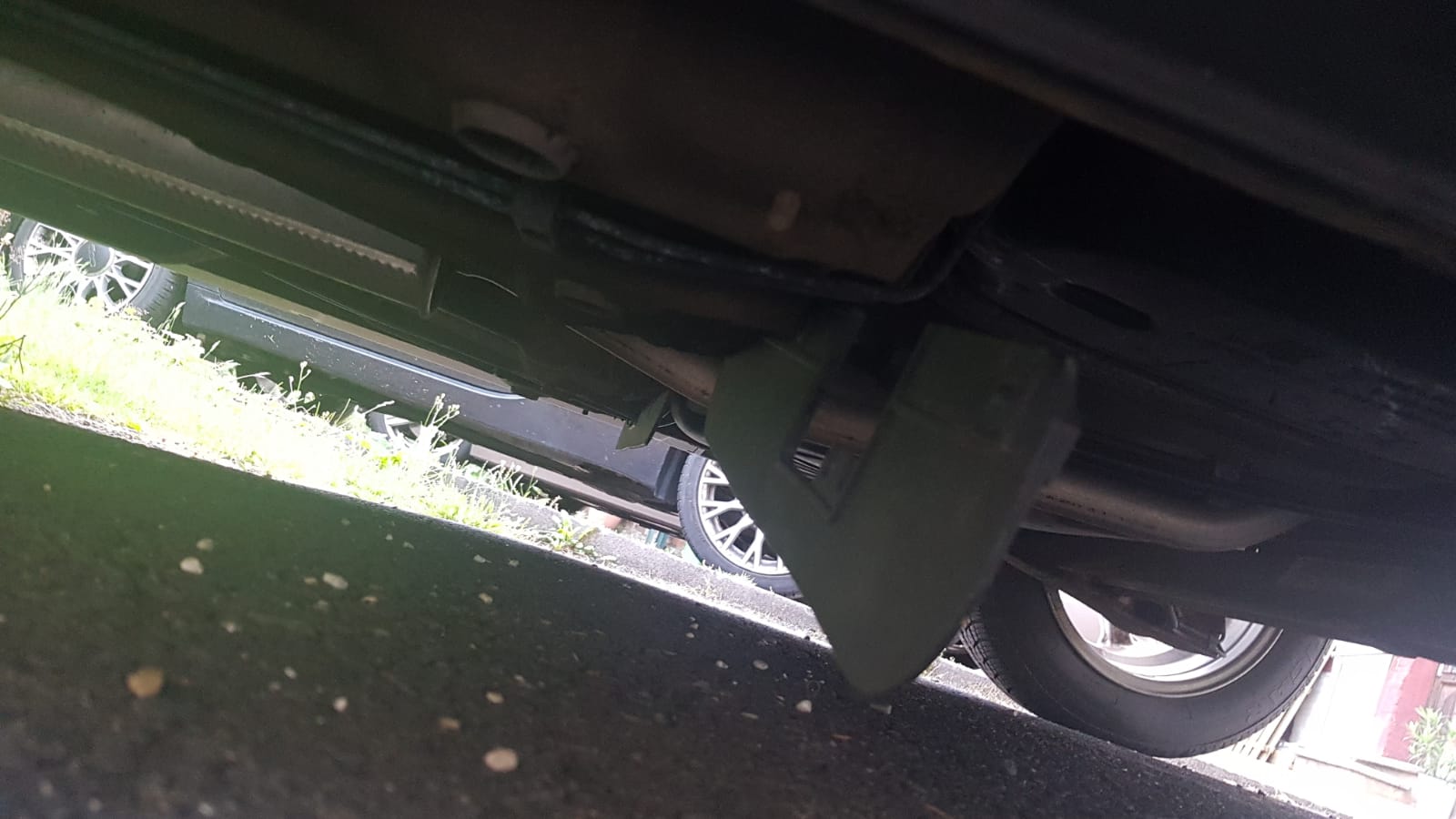 Whats this, is it important, how do I reattach it properly?

If those flaps weren't there, the airflow underneath the car would hit the rear tires and introduce a certain amount of drag. The manufacturers put those flap there as a wind break.

If you took them off, you wouldn't notice a difference driving around town but if you were on the freeway travelling high speed and for a decent distance, then you might notice fuel economy suffers. How much they actually make a difference though? No idea, the manufacturers don't publish that information.

To reattach that loose one though? Its hard to see detail but I would guess that if you can't see a hole, which would suggest a missing screw, then the mount most likely has broken.

Looking at the location of the flaps, I could imagine them being scraped when going over some speed humps so can be damaged easily.

Not the answer you're looking for? Browse other questions tagged car or ask your own question.

4
Removing material scraped onto car paintwork from plastic wingmirror
11
Anyone know what car this is?
4
Piece just fell off from under my car
0
Where is the odometer in this car?
0
How to fix the steering wheel plastic of the car
1
What year, make, and model is this car?
0
Opel Corsa 1.4 brakes engages on its own