My car is due for a timing belt change now. I have done everything, locked the camshaft pulleys and crankshaft sprocket and removed the old timing belt. Now, I want to install the new belt on the car but there are some procedures that I don't fully understand. In the following pictures, you will find the steps for tightening the belt tensioner after installing the new belt. 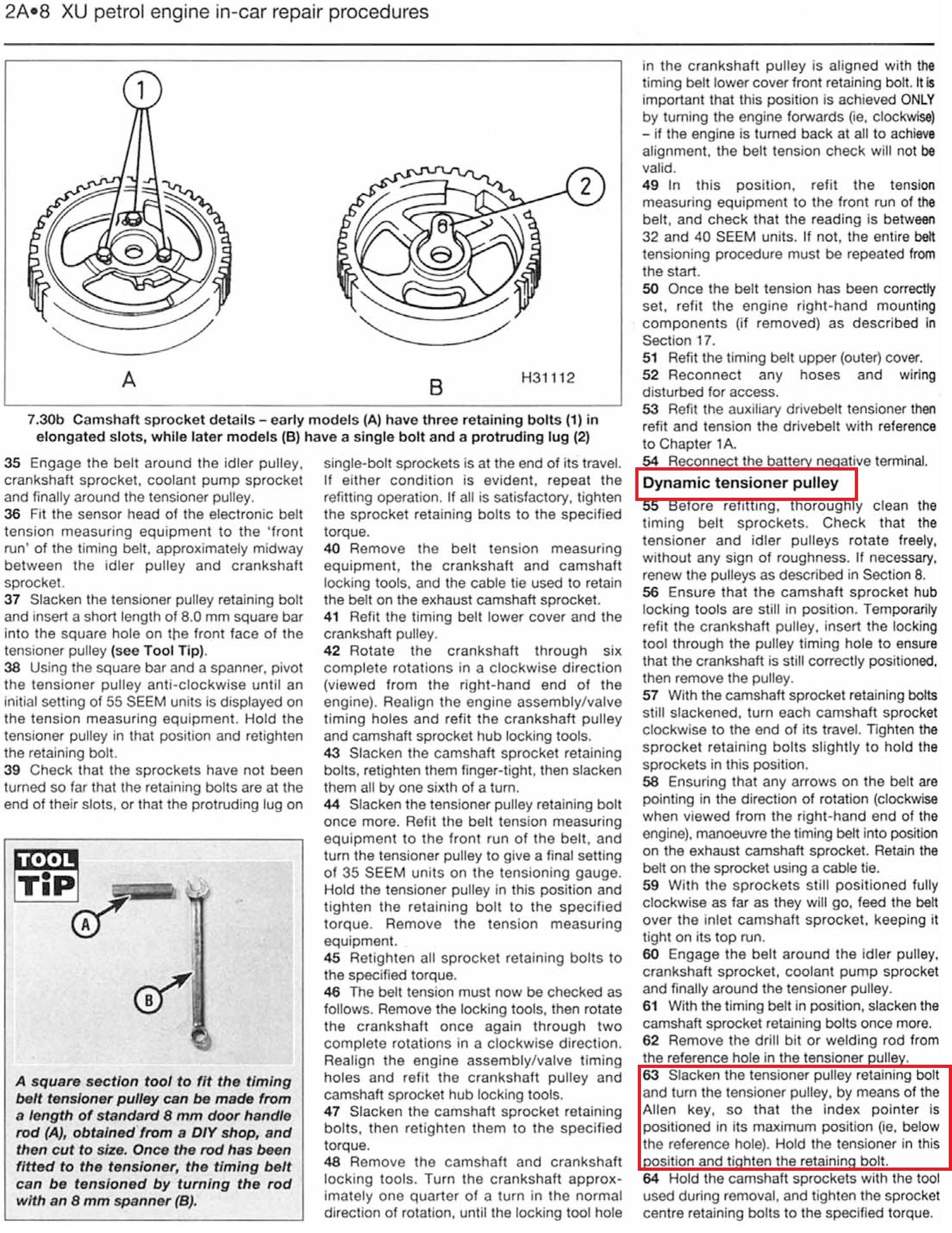 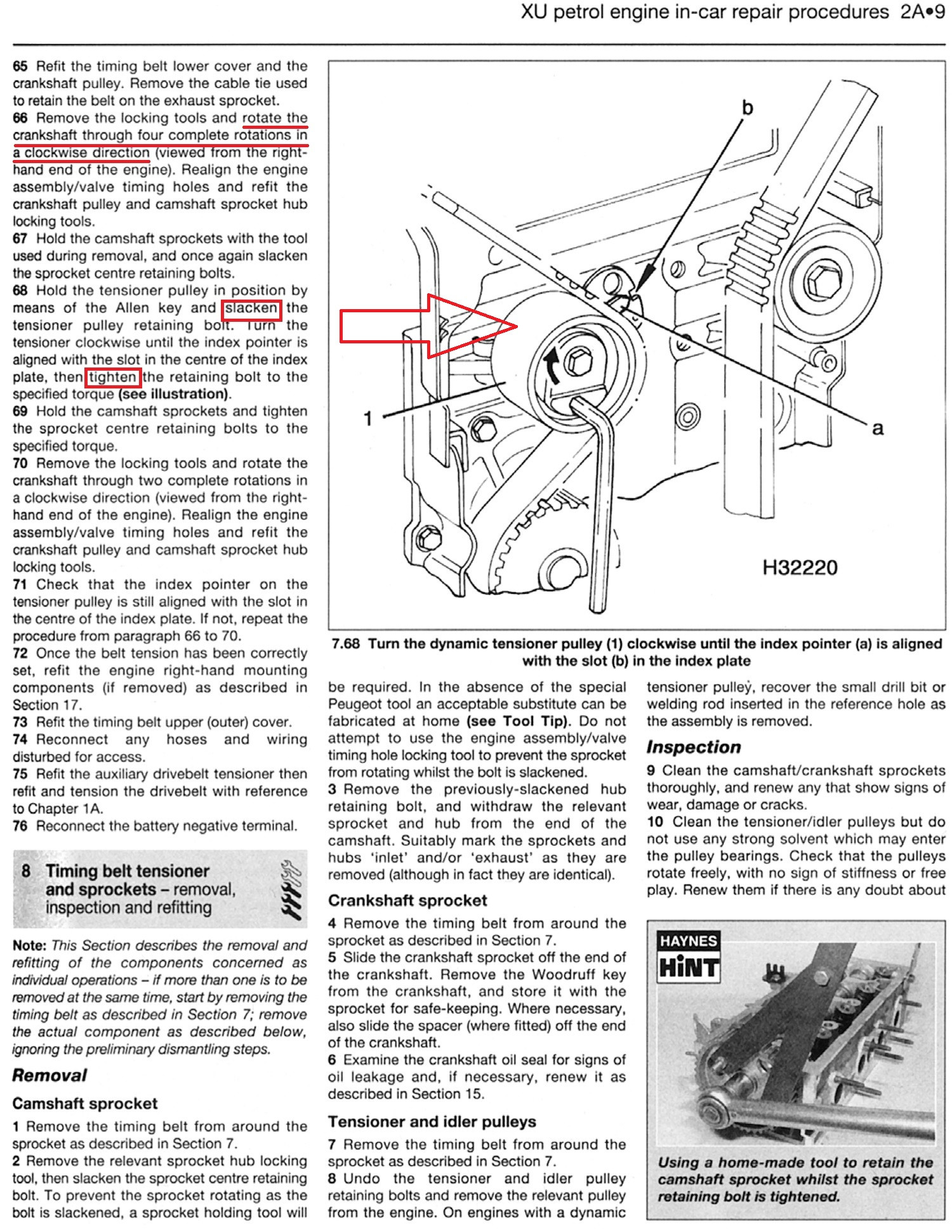 I also found a video in Youtube in which a Russian mechanic explains the whole procedure.

Why did he divide the tightening into 4 different phases?

timing belt tensioner
Share
Improve this question
edited May 17, 2021 at 2:24

Initially any slackness in the belt will be spread between all of the pulleys. By tensioning it, then cranking by hand, you are moving all of the slack to the location of the tensioner. The tensioner can then be adjusted correctly.

Edit - You will appreciate that there is a lot of friction associated with each of the pulleys that the belt travels around. If you try to turn them by hand it is quite difficult.

There will be a very small amount of slackness in the belt between each pulley after first fitting the belt. If there were not slackness, you wouldn’t be able to get the belt on.

By repeated adjustment you are ensuring that any remaining slackness in the belt is taken up by the tensioner.

When you said in the video that he tightens it four times, I believe what you described as the first 2 times was just 1 attempt. He was just struggling to get it tightened. The very last time he was just making sure that the bolt was tight before he finished.

I do think that he didn’t do the initial tensioning correctly. He turned the Allen key anti-clockwise before locking the bolt. I believe he should have turned it clockwise to put the maximum tension on the tensioner as described in step 63, but please do not take my opinion as correct. Maybe someone else will back this up.

Not the answer you're looking for? Browse other questions tagged timing belt tensioner or ask your own question.

8
Why are these paint dots under the timing belt cover not consistent?
13
Strange noise from timing belt area
3
Can a belt burn without squeeling?
1
proper time for changing timing belt
0
What's the best approach to install new Timing Belt that's 1/2 a tooth off
1
09 Nissan Cube Drive Belt Tensioner Rattles While Sitting
7
Why do I need to turn my crankshaft after installing a timing belt?
1
Timing belt location on the pulleys with the new tensioner