How old are these Bridgestone B250 tyres?

A dealership fitted these tyres at the front of my (UK) Honda Jazz in December 2016.

A independent mechanic has shown me a "1093" code on the tyre, said that means they date from October 1993 (!), and perhaps I was sold old stock.

But I wonder if the mechanic has misread the code.

I can see these codes (among other more generic looking safety markings) on the outside of the tyre:

I don't see a DOT code, and I can't seem to interpret these markings using any diagrams I've found on the Internet so far.

I've tried to have a look on the inside of the tyre for other markings, but my access is limited, and the details I can make out seem the same as above.

Were these really manufactured in 1993? 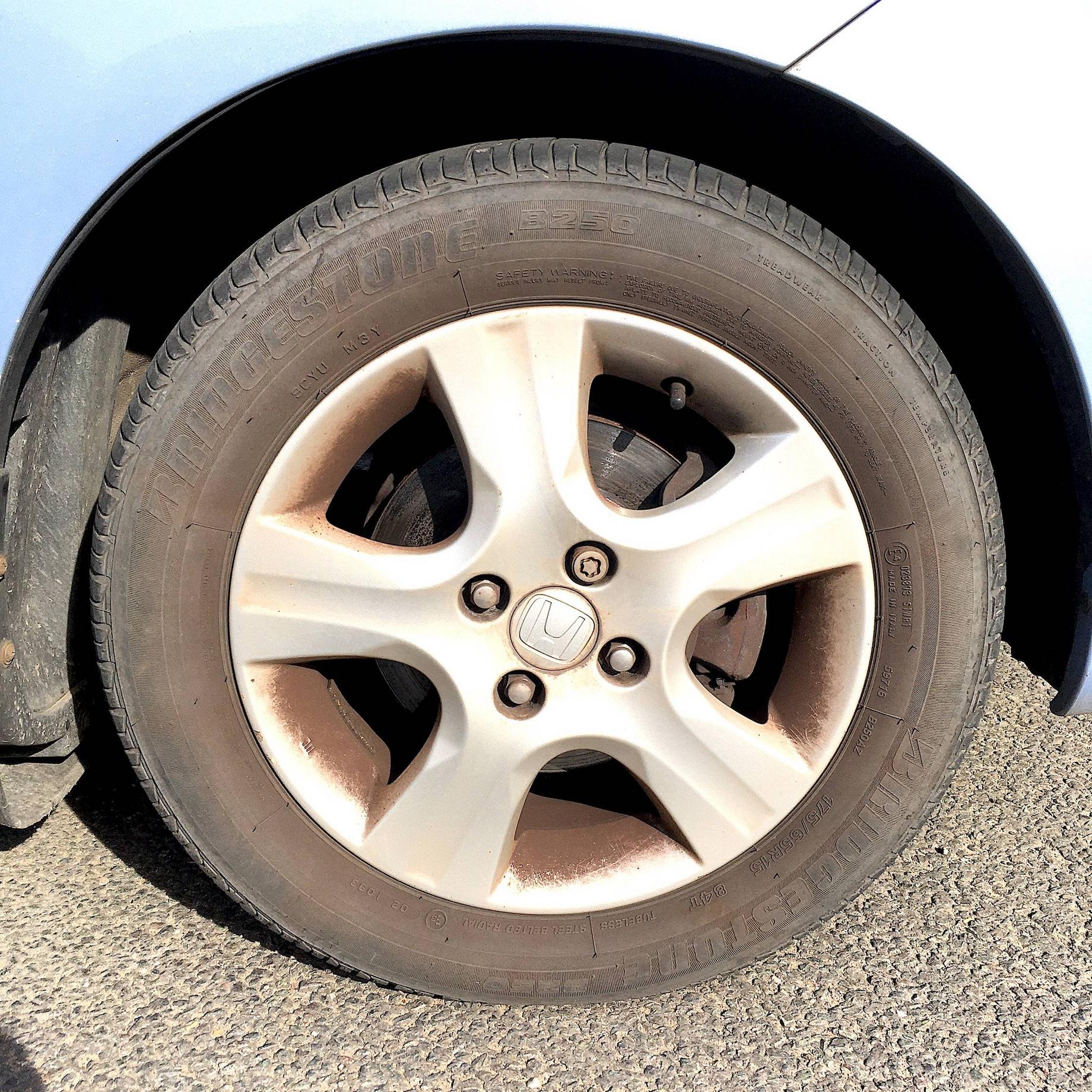 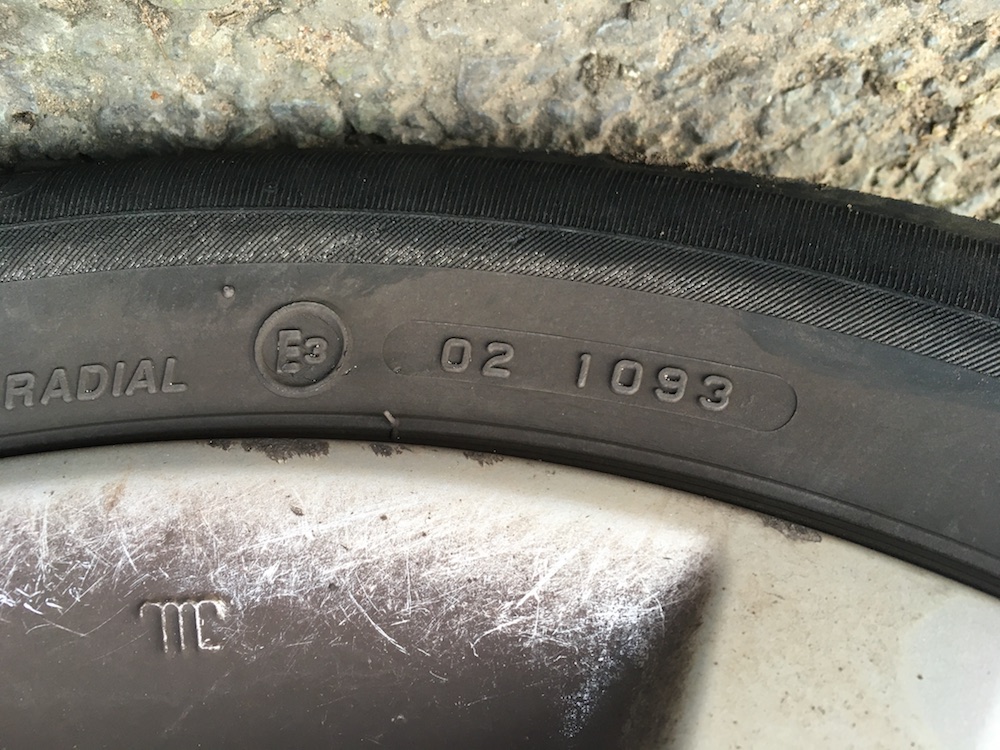 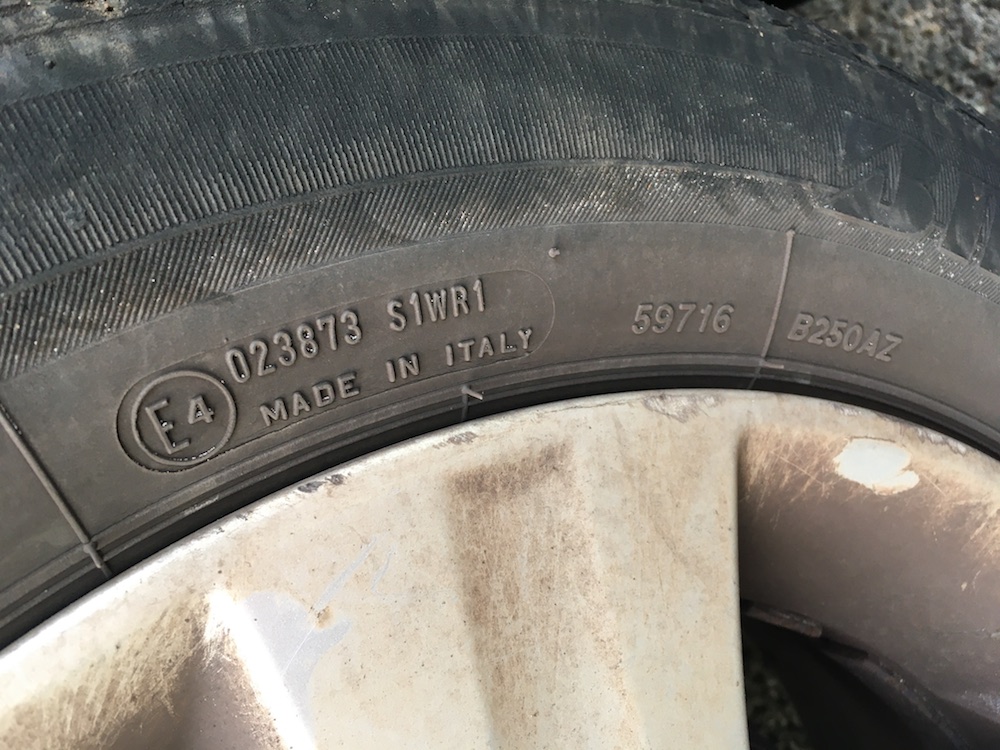 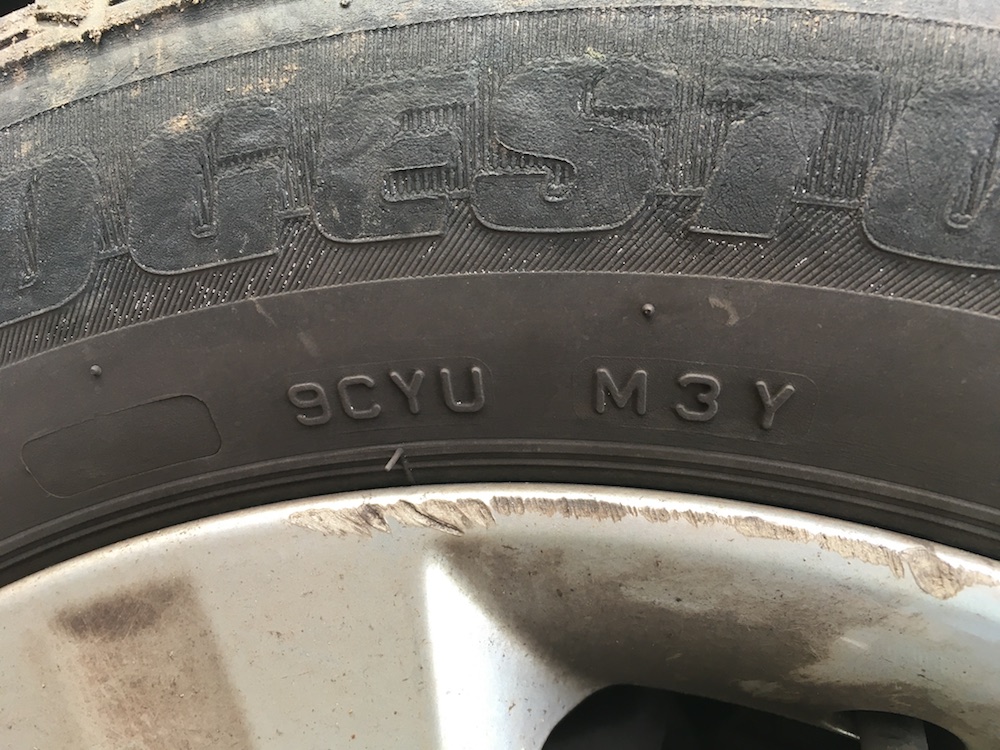 Assuming this is in the US, since you mentioned DOT, however the 'Jazz' is called 'Fit' in the US. Anyway...

Tires manufactured before 2000 had a 3-digit date code: the first 2 digits for the week of the year, the last for the year. For example, a tire manufactured in October 1993 would be marked (perhaps) '423'

Since 2000, the date codes have a 2-digit year. The date code is the last 4 digits of the DOT tire identification number, which always starts with 'DOT'. (The DOT marking is required for tires sold in the US)

That 'E3' marking is some kind of European approval.

I managed to get a better look on the inside walls of the tyre, using a torch and a GoPro, with the video streaming to my phone to help me orient the camera. Sadly, I didn't see DOT printed anywhere, and I was about to give up.

Finally though, I carefully compared the codes on the inside wall with those I'd noted for the outside, and noticed that the 9CYU M3Y code on the outside was repeated, but with additional characters on the inside.

Bridgestone UK have confirmed that those last 4 digits are the date of production code, meaning the 42nd week of 2016.

Thanks for the help, everyone! 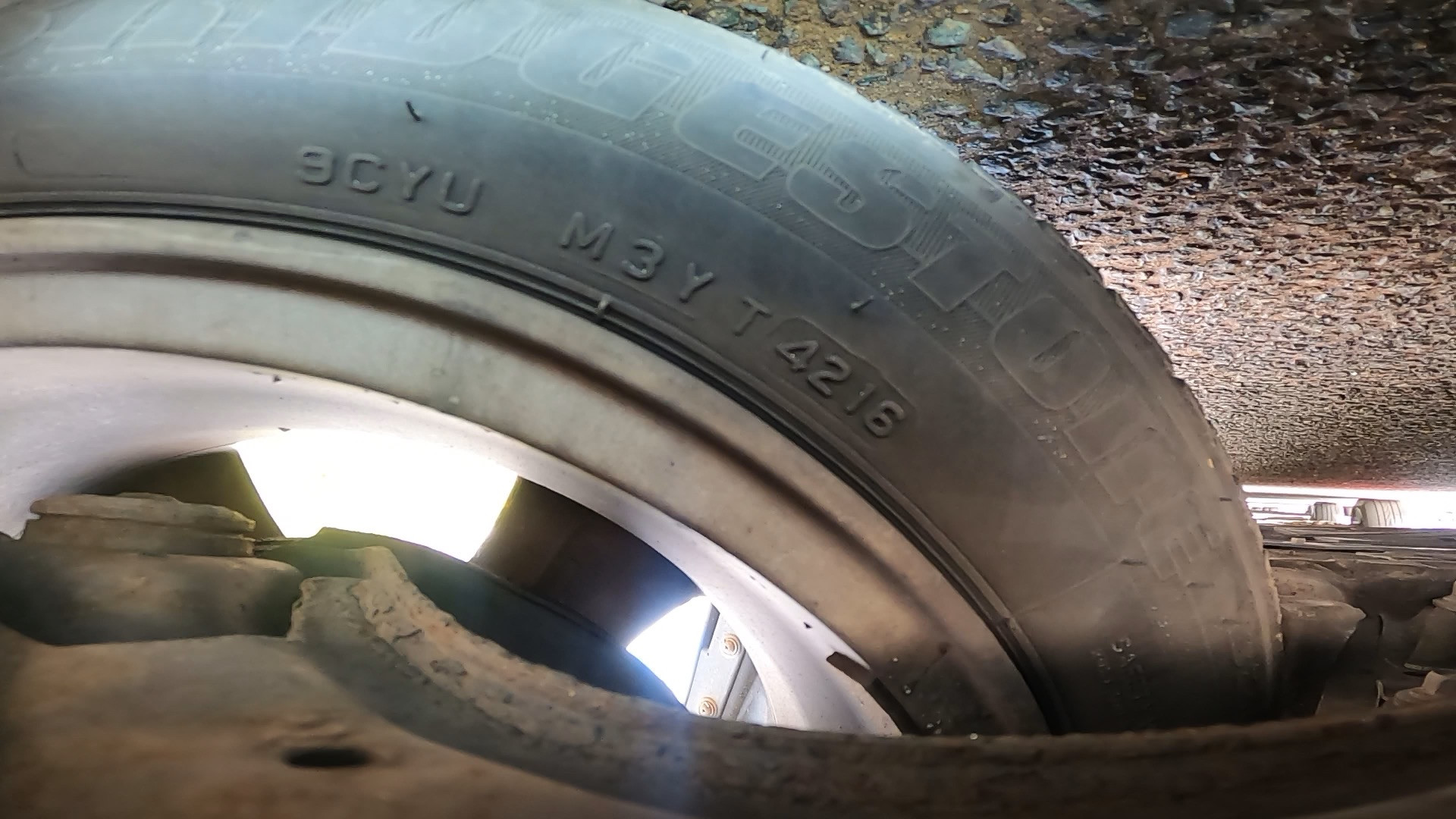 25
How old is too old for a new tire?
2
Please Identify these tires and are they ok for truck?
5
Winter tyres - how necessary are they?
18
What are these metal clips where my wheel rims meet the tires and what are they for?
3
Are 10-year-old winter tires OK for summer use?
2
How are the inside front tyres wearing down so quickly- Ford KA
1
How best to store tyres?
0
How are winter tyres different from normal tyres?