How can I open my thermostat cover which is stuck due to using too much gasket maker material? 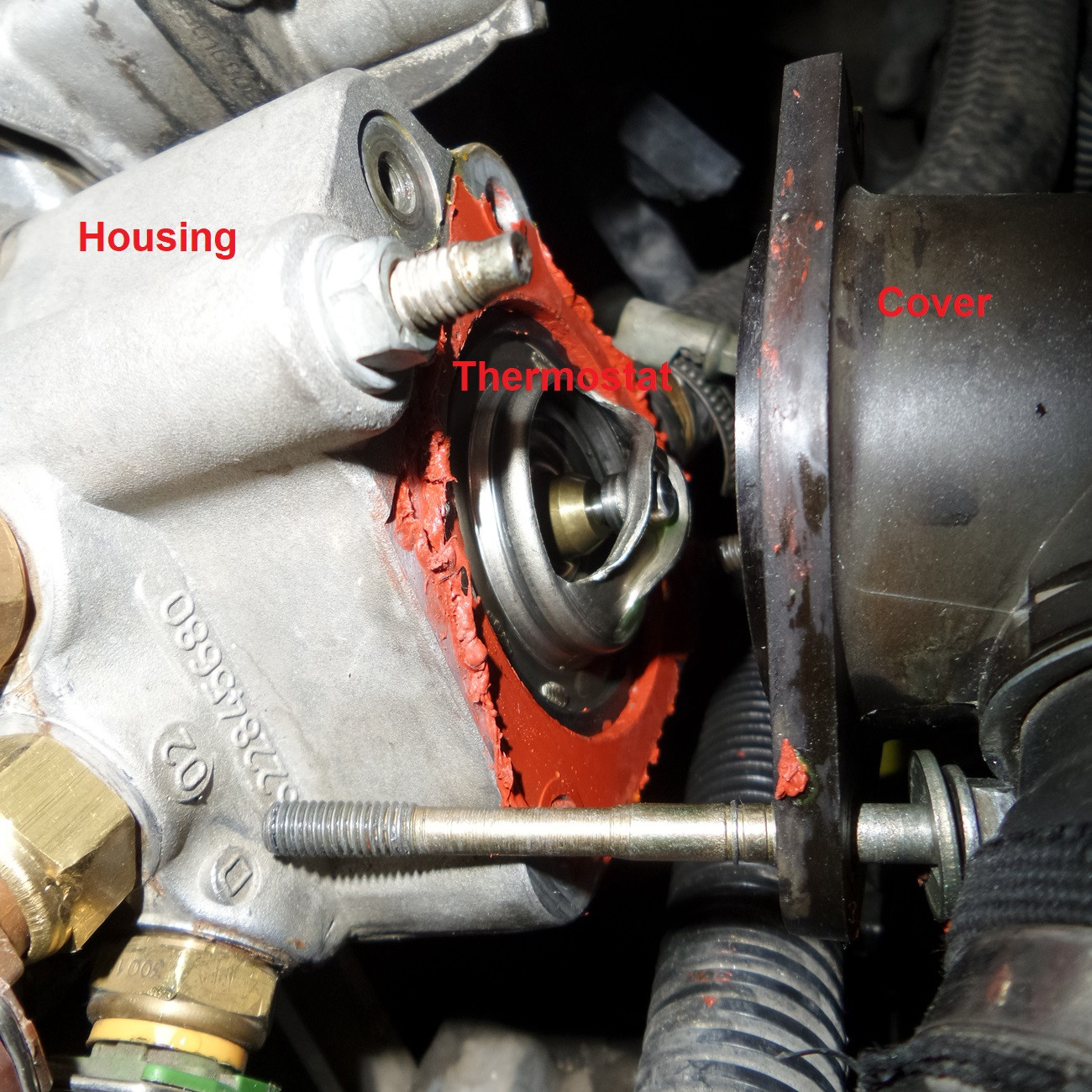 I have to replace my thermostat with a new one. I have removed all the bolts of thermostat cover in my car but the gasket maker material has caused the thermostat housing and thermostat cover to stick firmly to each other (acting like glue). I can't open it. It is extremely stubborn. I don't want to break anything so I avoided prying or applying too much force. How can I dissolve or remove the gasket maker material (between the parts) without damaging either of the parts? The above image was taken a few years ago.

You do not want to use a hammer on the cover, as it will most likely give before the sealant will. You are right, the stuff can be stubborn.

During reassembly, ensure the two halves are COMPLETELY clean. Use a fresh gasket and only use the sealant sparingly. You don't need too much as it will seal it with just a thin layer.

Having tried to tap something thin into the gasket all round, and failed, I'd remove the studs (maybe 3) holding the cover on, and tap the cover gently (initially!) all round, sideways, and slightly away from the lower part, if possible. Heat might help, but enough tapping will give it its freedom.

Not the answer you're looking for? Browse other questions tagged thermostat gasket gasket-maker or ask your own question.

1
Does drilling a hole in thermostat affect engine temperature during cruising speed? (Please read my explanations before answering)