How do I replace the bulb in this headlight assembly?

I replaced a burned-out low beam bulb (H7) in my 2012 Jetta, but when I went to change the other side (driver's), the assembly was way different from the passenger side (which is what I expected based on tutorial videos). I showed pictures to a family member who suggested it was probably a DIY replacement by the previous owner. What is this assembly and how do I change the bulb?

The first picture is as I found it, and the second is after unplugging it. The plug came off easily, revealing the prongs from the back of the bulb, but nothing else moved easily. 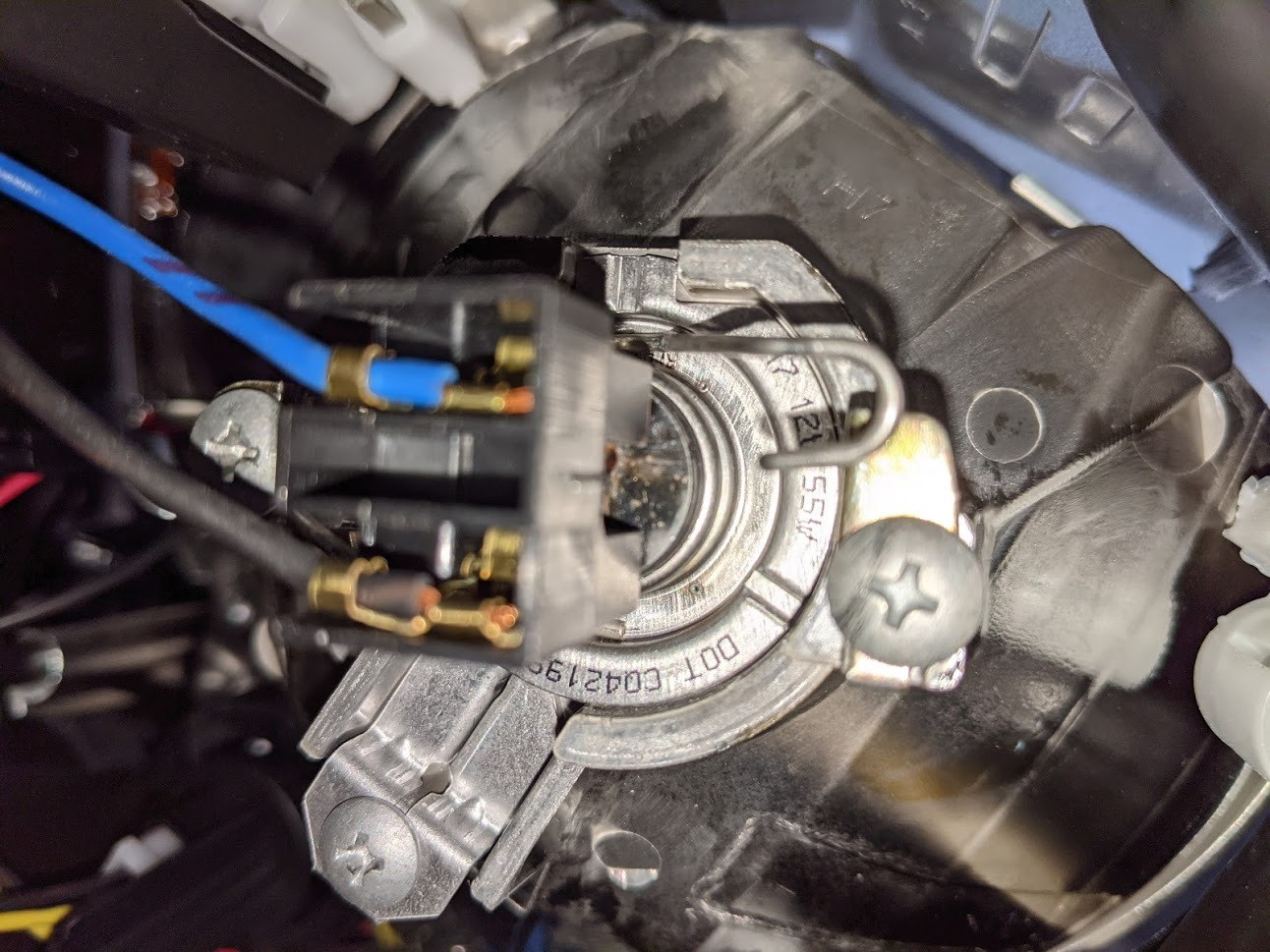 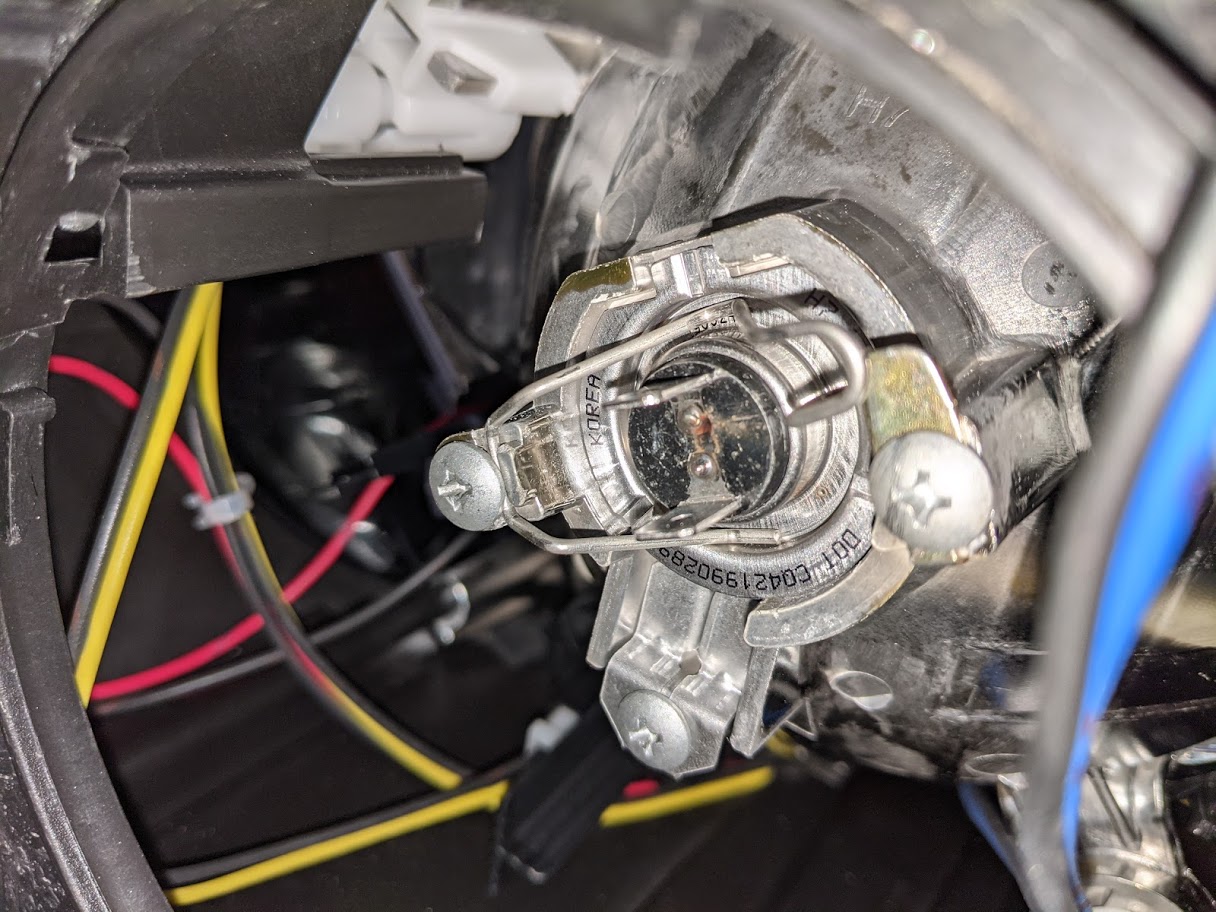 Using a Phillips head screwdriver, loosen the screw holding the wire clip. Pivot the wire clip upwards. If the clip won't pivot up, remove the screw; then pivot or remove the clip. When the clip is out of the way, the bulb can be removed.

Not the answer you're looking for? Browse other questions tagged headlight jetta or ask your own question.