My neighbor has a 2010 Peugeot Partner II turbo diesel ( Same engine as the Citroen Burlingo ) he's been having problems with.

Background: Car was idling poorly, smoking, sputtering and had no power. I found that the EGR was stuck in the open position and that the rubber hose between the boost solenoid and waste gate actuator was worn out. I moved the EGR to the closed position and disconnected it from the ECU to wait for a replacement. I replaced the hose and saw that measured boost was mostly within 100mbar of the reference value, with the measured value seeming to lag the reference value. In general engine seemed to be running well.

Fast forward a few weeks and the new EGR has arrived. The neighbor has been doing allot of highway driving and pointed out that the engine has less power again, sounds strange and there suddenly seems to be a small amount of black oily gunk in the coolant expansion tank. Bad signs... 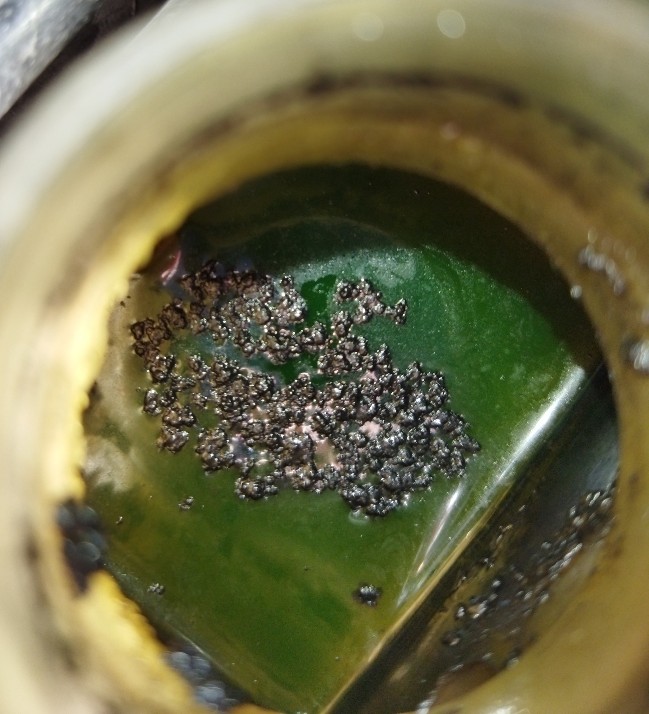 Upon inspection the engine wabbles at lower rpms like it's missing. There's also an almost wet sound as if there was liquid in the cylinders or something. The turbo seems to be operating nominally similar to before although I didn't do a close inspection. Looking at injector correction values they're all over the place it seems. I held each rpm steady for at least a few seconds. 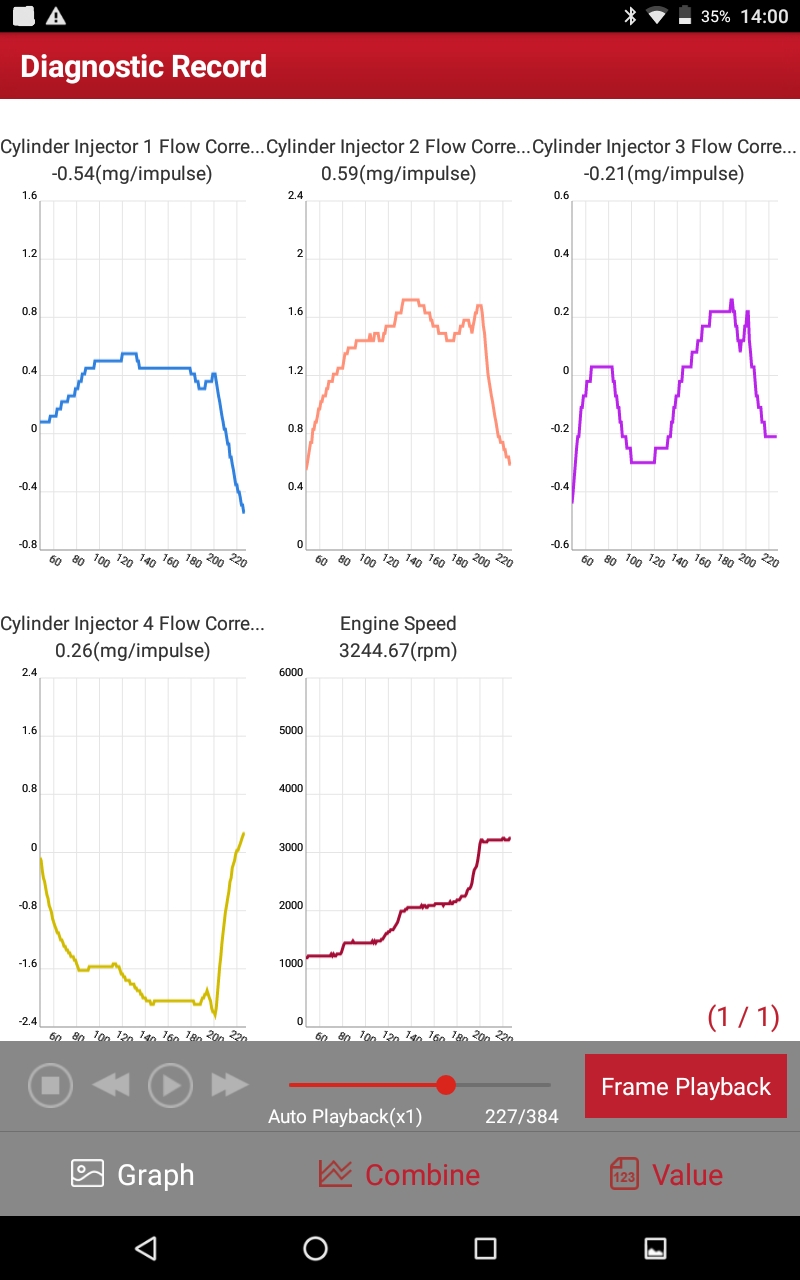 Having limited experience with diesels I'd like to solicit some opinions. My first gut instinct is blown head gasket. However maybe it's dirty injectors? Could they have gotten gunked up or could driving with the turbo working but the EGR disabled have caused a problem? This is clearly a new problem over the past few weeks. Any ideas or recommendations?

So I did a cranking test monitoring the battery voltage with my oscilloscope:

There seems to pretty obviously be poor compression in one cylinder. Sound like it to. Since it's only one cylinder and there's black oily gunk in the coolant tank I'm guessing blown head gasket. It's gotten bad enough that it won't even start, or if it does it dies after a few seconds.

Not the answer you're looking for? Browse other questions tagged diesel head-gasket peugeot fuel-injectors or ask your own question.