Knocking under load on first gear

I have this issue.. I already asked on FordOwnersClub, but I feel like here I might have a better chance to sort it out.

I bought a Ford Focus mk3 2011 with 1.6 ecoboost 134kW engine with 90k km. My issue is, that under heavy load (heavy acceleration or acceleration on a steep hill,) I can hear a knocking sound. It does only on first gear and only under acceleration. First I thought that it could be comming from a driveshaft, because I also felt vibrations on highways and I had that issue with my mk2 earlier, but it turned out to be a different problem (wheels not balanced.) Suspension seems to be okay, but I had a coil spring broken, which I had to replace.

So I started digging and observing and I thought that it might be LSPI, but I already had 100 octane petrol in it (europe). Basically best you can get here on gas stations. Anyways, I tried a different brand with similliar petrol quality and it stopped doing. Well, it had to be the petrol I put in. Turns out it wasn't. On the same tank 500km later, it started doing again.

I also recorded the sound and inspected it with spectrogram. Here is the audio https://sndup.net/3zt2. It starts at 4s. 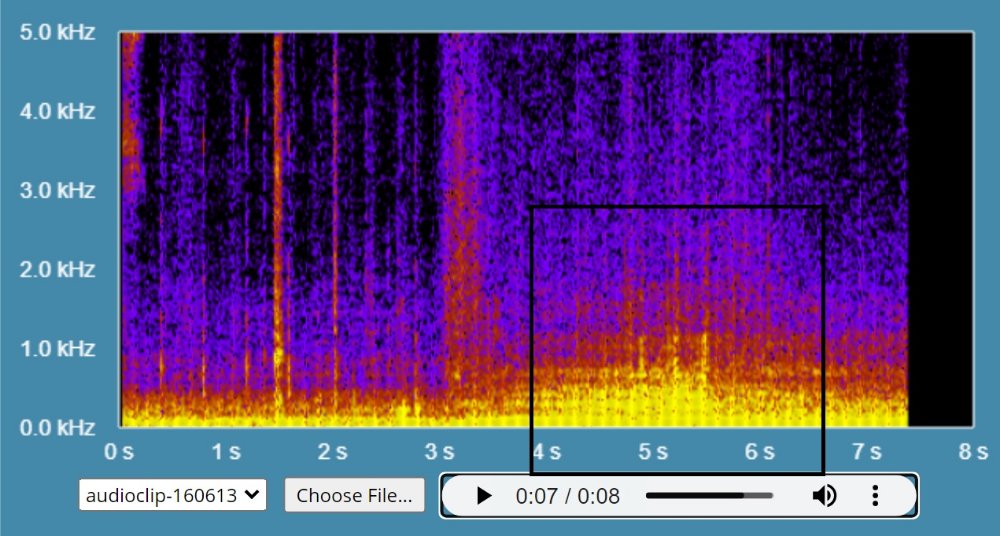 Things that I noticed:

After I thought long about it, It does not sound like a premature detonation. It is a metallic noise and even the frequency does not indicate the LSPI. It would have to be much more frequent. The weird part of it is the stable frequency of the knocks.

The problem is, that it only does it on the first gear. I would say, that it is a transmission problem, but it can also be caused by the bigger stress on the drivetrain on lower gear.

I will be very glad for any kind of advice. I don't want to spend thousands on changing parts randomly hoping it would solve the problem. I would rather at least pin down the problem to engine/turbo/suspension/diff/trans/clutch or anything else it might be. One guy said that it might be bad suspension and that the sound might come from the wheel "bouncing". I certainly think it is a possibility. I only recently changed the coil spring, because the last one broke so that might be a clue, because coils don't usually break at 80k km.

Any help will be much appreciated.

I used these tools to inspect the recording

NOTE: The following applies to automatic transmission, not manual.

Sounds like clutch packs in the transmission, which slip under heavy load. There's no way it's engine detonation. Differentials don't fail in that manner.

Beginning in model year 2011, the Ford Focus had notorious transmission issues, particularly with the clutch packs. There were a number of lemon law complaints. There have been six revisions of clutch packs and transmission control modules since the design's inception. Check the ATF on the dipstick for a dark color and strong burning smell.

Just to throw another possibility in there, it could be a failing CV axle. If so, it should make a clunking sound as the failing U-joint revolves, especially under load.

Not the answer you're looking for? Browse other questions tagged engine ford focus turbocharger knock or ask your own question.

5
Knocking noise when turning at full lock/opposite lock?
5
Van makes knocking noise, even after it has been off for hours
3
Truck shaking at certain mph or when under load
0
Knocking/clunking sound coming from back end on flat road
0
Knocking sound from under car when going slow, what are the likely causes?
0
Can exhaust problems cause a knocking sound in anyway?
1
Rod knocking, out of oil, or both?