I just bought a Mercedes-Benz C 180 kompressor, year 2004. I tried to refuel it, but there's a stuck metal flap making it impossible to insert the filler nozzle. I'm sure that the nozzle should fit, because there's typically only three options, gasoline octan numbers 95 and 98 and diesel. I tried both the gasoline nozzles to be sure.

The flap is most likely the one that should core the hole but doesn't and it looks like it's bent. There's also a spring like metal piece behind the flap. I tried to poke it with a screw driver, but couldn't get it to move.

Is this thing broken or just stuck? Can I somehow remove the whole flap?

Here's the picture of what can be seen. 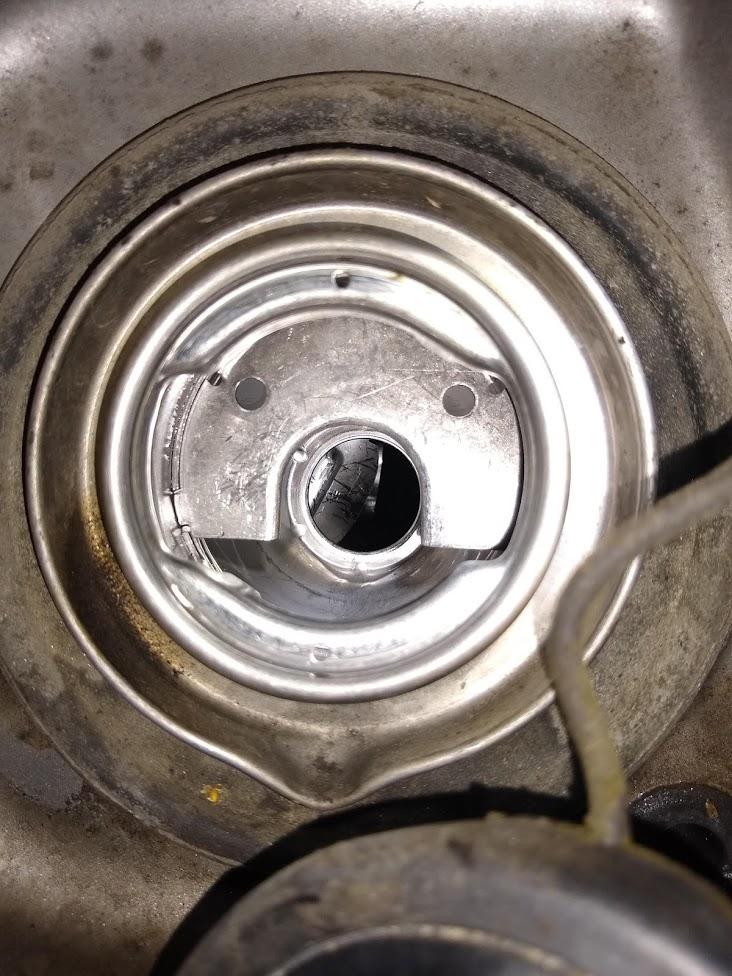 Browse other questions tagged mercedes-benz or ask your own question.

4
Is this repair estimate for misfiring and fuel trim on a '98 Mercedes reasonable?