I made a mistake and drained the automatic transmission fluid on a 2005 Toyota Tundra with a sealed transmission. I was working too fast and pulled the AT drain plug rather than the oil drain plug. Sigh...

The problem at this point is I cannot break the fill port plug. The hex driver slipped once so I am on the way to stripping it. I am pretty sure it is thread-locked in place so I want to try another method of filling...

My 2005 Tundra has a factory transmission fluid cooler as shown below. I would like to try to refill through the cooler return line.

I have two questions. First, is this a non-dangerous method to refill the automatic transmission fluid given my problem with the fill port plug?

Second, I'm having trouble find a genuine Toyota diagram of the cooler in the system. Can anyone confirm the fluid return line is the bottom line?

Here is the AT fluid cooler:

Here is a closeup of the lines to the AT fluid cooler: 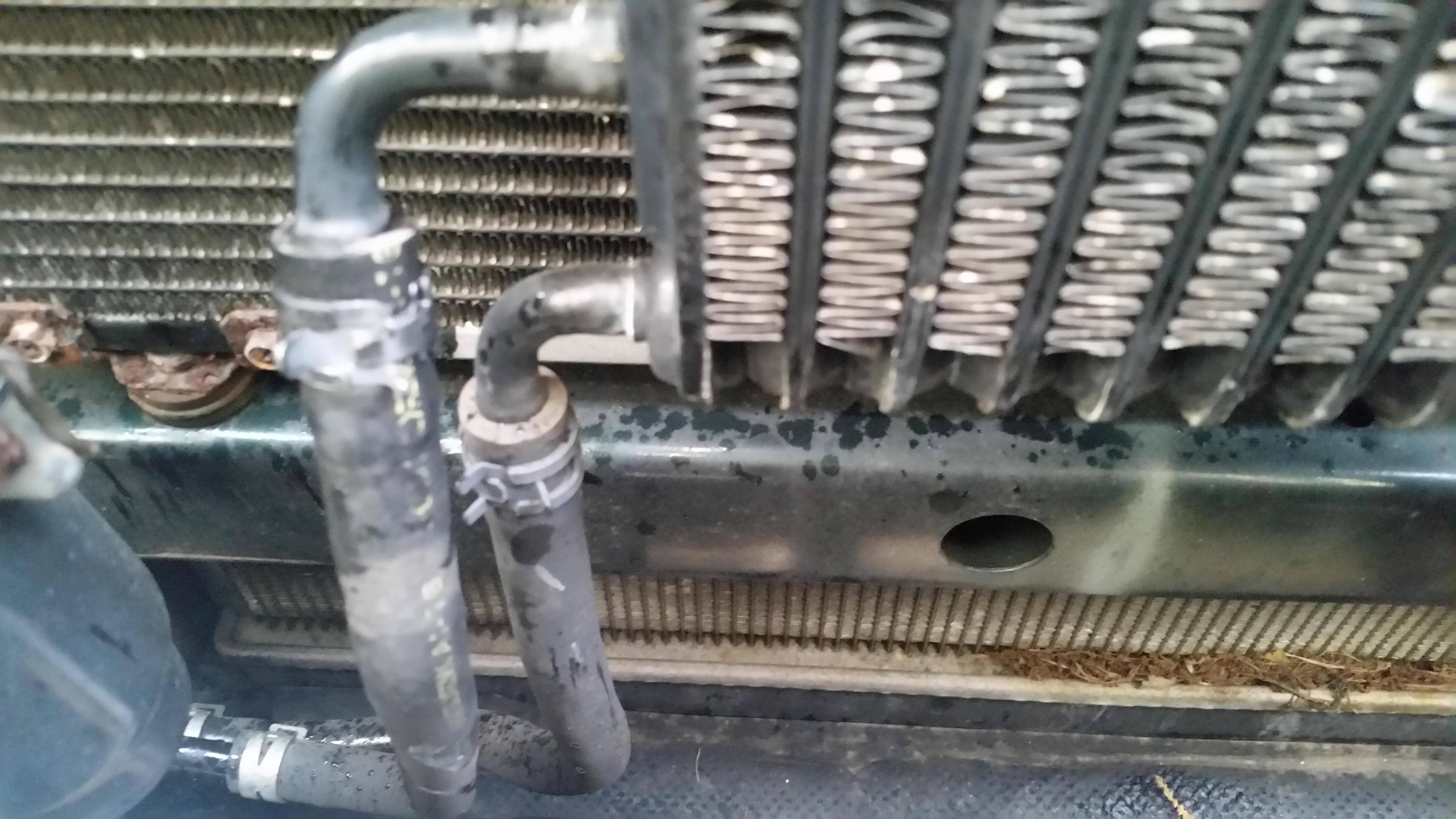 If you have the overflow port then fill through that.

You might need to fill then wait, fill a bit more then wait to allow the oil to move through small galleries especially if it is cold.

Once you have most of it in, then run the engine and cycle through the gears and then stop and wait for it to settle, then check the level and add fluid as needed.

Many 'boxes just had a combined fill/level plug so this was a standard method...

Not the answer you're looking for? Browse other questions tagged toyota automatic-transmission transmission-fluid tundra or ask your own question.