Cause and fix for craftsman lawnmower catching on fire near battery - under seat?

Started up fine. Rode it for about 20 minutes... boom caught on fire under the seat by battery. I am thinking the positive cable caught on fire and spread. Now I have two charred cables and no idea what caused this.

Do I need to test something before putting new cables in? Can they be "repaired"? And how do you get to the positive cable connector without taking the whole thing apart? 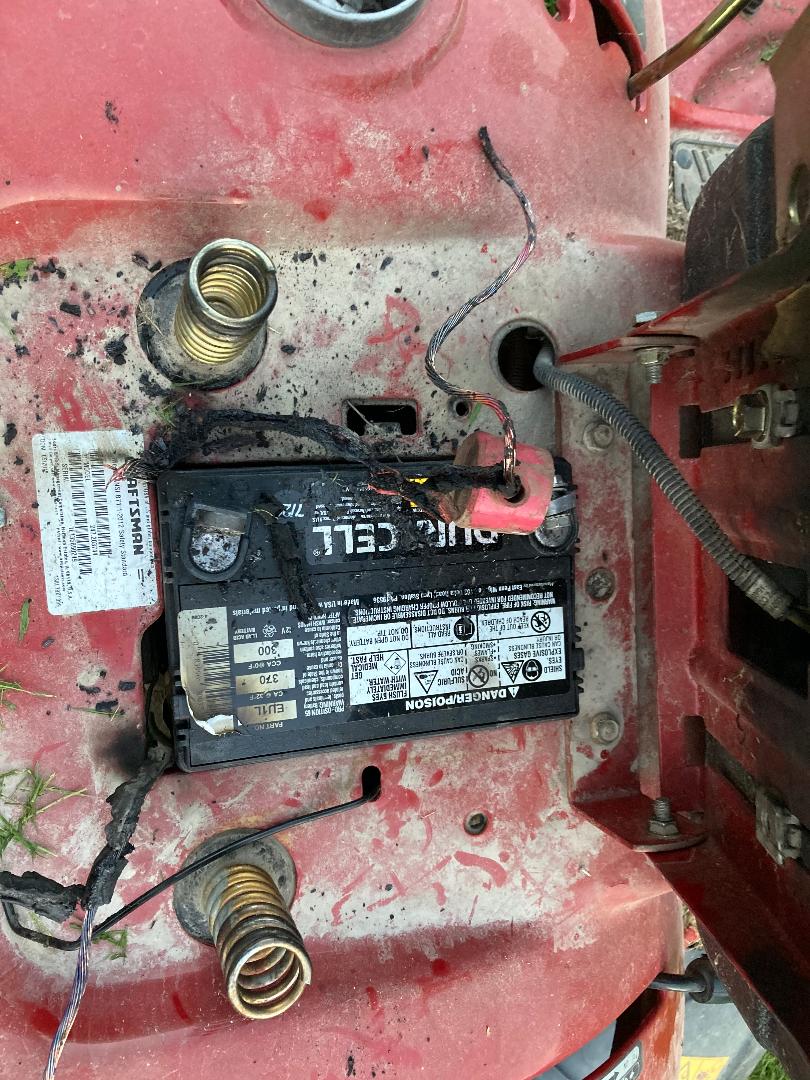 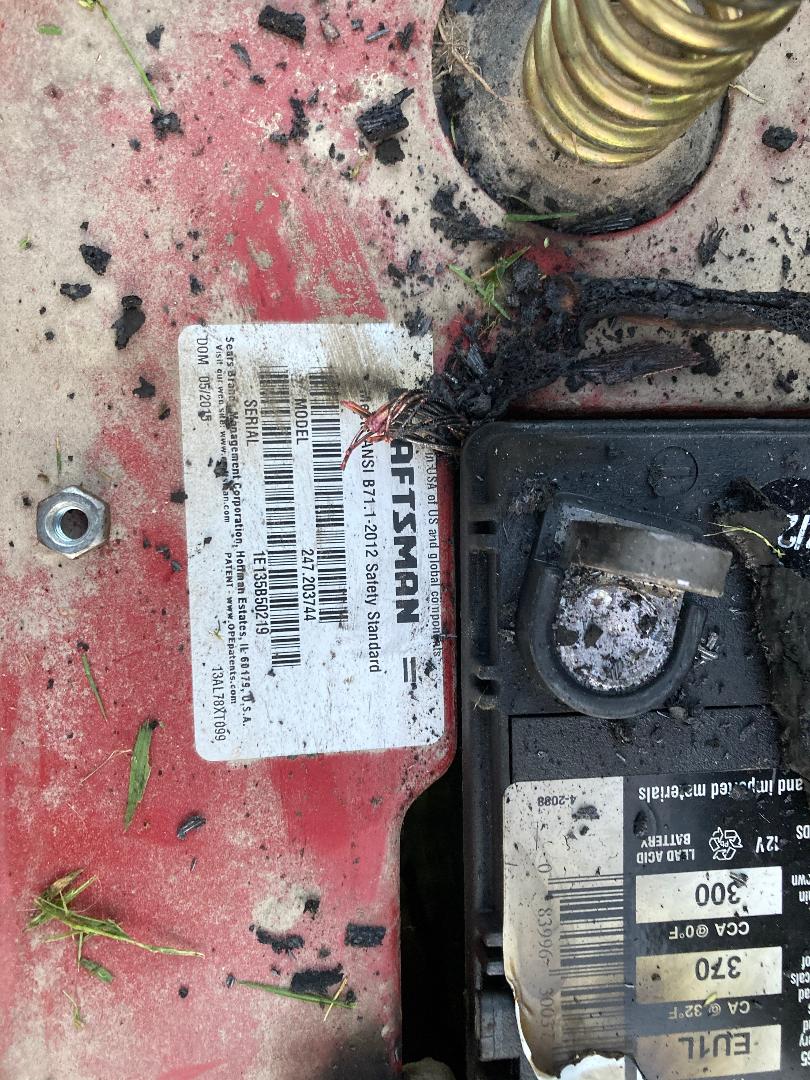 narkeleptik (from comments) is exactly right. The (+) side battery cable grounded to the body of the mower. This caused the leads to go into global thermonuclear meltdown. The "fire" you found is the insulation burning because the wires were hot enough to make them burn.

You should be able to fix this without too much of a hard time. You need to get some wire which has enough girth to provide the amperage for the starter. You'd most likely need to run new power wires from the battery (+) to the starter as well as the ground on the body back to the battery (-). The easy way would be to look on line for Craftsman parts and find the pre-made leads, though this would be more expensive then building your own. I would bet if you check your battery, it still has a charge. It may be a bit low, though, so a stint with the battery charger may be in order.

EDIT: More than likely, the problem was, when the battery was replaced, care was not taken with the positive lead. Two things happened: the insulation on the (+) lead wore through; the paint on the body wore through. When those two things happened, the short occurred allowed unrestricted power flow through the wires, which was more than they could handle, heating them to red hot, burning the insulation and causing the small, but brief fire. Once the lead stopped making contact (was melted into oblivion), the connection was broken. It looks to me the lead was crushed between the battery and the body of the tractor. To tell for sure, look where the (+) lead looks good. Where it ends is where the connection happened.

Not the answer you're looking for? Browse other questions tagged battery lawnmower craftsman fire or ask your own question.

5
What's the reason for a battery light coming on and becoming brighter as the engine revs higher?
7
New brakes, intermittent ABS light and battery light
1
2009 Suzuki LS650 Battery Problem/Question
0
How to diagnose if battery is faulty or alternator is faulty